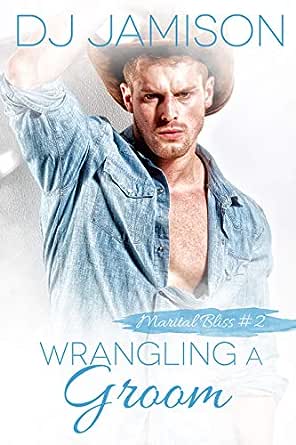 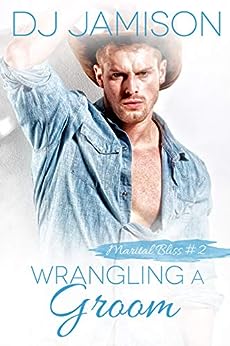 Can two men keep a childhood promise for marital bliss?

Wyatt is overwhelmed after his grandfather dies, leaving him to take over the cattle ranch. The Triple J is floundering, vandals are targeting him, and his first and only love is finally within reach--and still holding a grudge. Wyatt has wanted to marry Diego since they made a childhood pact, but Diego isn't back for their second chance.

When a funeral calls Diego back to Texas, he comes face-to-face with the cowboy who broke his heart. Resentment has burned inside him for years, but his anger wavers as he realizes just how much Wyatt is struggling to keep his head above water. The man he once loved is lonely and burdened, and Diego feels compelled to help him rediscover the strong, capable rancher he knows him to be.

Hostility gives way to passion, then friendship as they fall into a rhythm of work and sex. Wyatt has renewed hope he might wrangle the man he wants to be his groom. But Diego has a life waiting for him one thousand miles away, and love may not be enough to prevent history from repeating itself.

Wrangling a Groom is Book 2 of the Marital Bliss series, but it can be read as a standalone. It's approximately 85,000 words.

Randall J
5,0 van 5 sterren A second chance at forever for Wyatt and Diego
16 oktober 2019 - Gepubliceerd op Amazon.com
Geverifieerde aankoop
Two inseparable childhood best friends make a marriage pact, fall in love, but then... life intervenes... what seems like a betrayal and six years apart takes on a different meaning for Wyatt and Diego when they’re given a second chance to come together and be friends and lovers again... but it’s just temporary... or could it be more? Will Wyatt lay his heart bare only to watch Diego walk away again?

This second installment in the Marital Bliss series is an immersion in Texas ranch life — cowboys, cattle, ranch hands, sex in the barn... and a wedding or two! The heat and the feels here are turned up to high... everything is bigger in Texas, of course! Highly recommended.

Crystal Lacy
5,0 van 5 sterren Second-chance romance at its best
11 oktober 2019 - Gepubliceerd op Amazon.com
Geverifieerde aankoop
I'm a big fan of the author's books, and this new release works well as a standalone, though if you haven't read Surprise Groom you really should! This one hit me in the feels so hard like only second-chance romance angst can. What also hit me pretty hard were the lovely outdoors love scenes which were pretty smokin' hot. Damn, cowboy. Highly recommended <3
Meer lezen
Een iemand vond dit nuttig
Vertaal recensie in het Nederlands

ROROBLUSMUM
4,0 van 5 sterren Good 2nd book in a series that can be read as a standalone.
10 oktober 2019 - Gepubliceerd op Amazon.com
I didn't know that this was a series until I read the author's note, and whilst the leads from book 1 make a brief appearance, it isn't necessary to have read their book to be able to enjoy this one. I liked the mention that the series will have books with differing themes such as fake fiance, marriage pact, arranged marriage, runaway marriage, etc., and that some will be more serious than others. DJJ also mentions that a side character here, Matias - who I am sure will make an impact on readers - will get his own tale, but that there may be a wait, as it needs to be the right tale. Well, based on this book, I'm happy to wait.

This is a friends-reunited, lovers-reunited tale that works very well because of how long the leads' friendship is, and because despite the distance between them, they're small-town boys with strong values where family and loyalty are concerned, and those things are what bring them back together. There is some angst that we're mostly told about in flashbacks, and there's a hint of homophobia to do with the past and with how some locals have reacted, but thankfully it feels like an integral, non-bigged-up part of the tale, with nothing unnecessarily sensationalised.

In too many books with this theme, there's a lot of posturing and gesturing and the guys don't talk and hash things out, but Wyatt and Diego were, at 25yo, refreshingly mature and decent guys, so yes, whilst sex did get in the way (and boy was it down and dirty), they liked and respected each other enough to be adult and to talk and listen to each other. And, after the heart-to-hearts, there wasn't any magic solutions to their issues, simply time and space to process stuff, which for me meant that when they did come together again, it was on each's terms and at the right time, with each having made the same decisions about what they wanted, and that the other needed and deserved time and space. I liked both guys equally, and the various side characters were a good bunch, too.

What drama there was, was short-lived and dealt with by talking and being realistic; the tale felt pretty realistic, especially for one set in Texas, which isn't the most progressive state where LGBTQIA people/rights, etc. are concerned. Some of that realism was rather sad but small and slow progress seemed to be being made.

Quite a few other characters' names were dropped into this tale and I suspect that we will likely see more of these guys. On top of Matias's tale, I'd like to read that of the closeted rodeo guy (whose name I can't recall, but who was an ex of Wyatt's), of Caleb, of TJ and of Colby. My only slight criticism of the tale is that a lot of people appeared, didn't do much, got mentioned quite a bit and faded away, which felt a little 'filler-ish' and didn't really add anything to the tale. I know the author is likely creating interest in future books and their leads, but a little less would have been more here. And, the denouement of the angst, which was one of the reasons that the leads ended up together again, got explained and resolved a little too easily. Whilst I'm not sure it felt entirely believable, and whilst I think that one guy in particular needed a bit more of a lesson than his wife delivered, and for longer, lol!, this didn't spoil the tale. And, it showed that the female characters, both old and young, wouldn't put up with any kind of toxic masculinity, so go them!

ARC courtesy of the author and Bayou Book Junkie, for my reading pleasure.

A T
3,0 van 5 sterren 3.5 stars- Scorching physical chemistry in this second chance at first love romance
13 oktober 2019 - Gepubliceerd op Amazon.com
Wrangling a Groom was a bit of a mixed bag for me. The second standalone book in the Marital Bliss series, I was excited to read the story of Diego, Julien’s bartender friend who we met in the first book. The concept and plotline of Wrangling a Groom was great. I love second chance romances, especially childhood best friends turned first loves. I also really liked the idea of Wyatt righting the wrongs his grandfather’s narrow views caused and making the family ranch his own legacy. Despite having so many things going for it, including a good cast of characters and lovely setting, I never really fell for this couple or felt the emotion I was expecting given their past history and hurts.

The writing in Wrangling a Groom was smooth with a good pace, and while this is a second chance at first love story, it didn’t feel like it was rushed too much or the past was swept under the rug. That said, I still felt as though something was missing. Perhaps I was expecting more angst or heart-tugging emotion. It was there to a degree, especially as Diego and Wyatt worked through the pain of six years apart, but it never felt as strong as I expected. I also felt like the emotional connection between Wyatt and Diego was secondary to their physical chemistry. Although that made sense initially, I really wanted to feel that pull between them. I got some teases, but considering how scorching their sexy scenes were, it never translated to more depth and that all-encompassing chemistry I hope for in romances.

Overall, I enjoyed reading Diego and Wyatt’s story, I simply wasn’t as invested as I’d expect. That said, Wrangling a Groom will be a great fit for readers in the mood for a cowboy or ranching romance that’s jam-packed with heat and has a milder degree of angst.