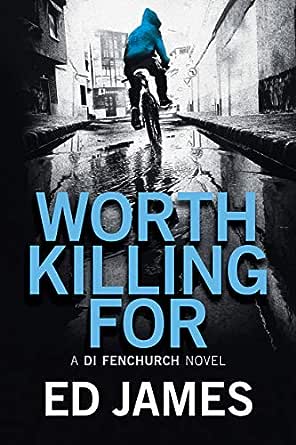 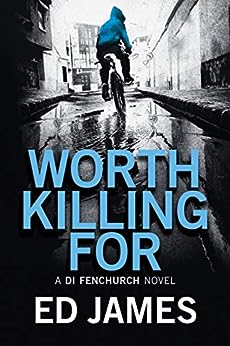 On a busy London street, a young woman is attacked in broad daylight and left bleeding to death on the pavement. Among the eyewitnesses are DI Simon Fenchurch and his wife.

Fenchurch pursues the attacker through a warren of backstreets and eventually arrests a young hoodie with a cache of stolen phones—an ‘Apple picker’ on the make. The case should be closed but something feels off…Was this really just about a smartphone? Why did the victim look nervous before she was targeted? And why don’t the prints on the murder weapon match the young man in custody?

Before Fenchurch can probe further, his superiors remove him from the case, convinced he has let the real culprit run free. But Fenchurch is determined to get to the truth and, before long, uncovers a conspiracy that reaches high above the street gangs of London.

The Escape Artist
5,0 van 5 sterren Worth Killing For pulls you in on the very first ...
24 november 2016 - Gepubliceerd op Amazon.com
Geverifieerde aankoop
Worth Killing For pulls you in on the very first page and doesn't let you go until the very last! DI Fenchurch and his wife have gone out to eat. His wife wants to stop in at the bookstore next door so Fenchurch is waiting outside the restaurant when he sees a murder committed. After an arduous chase, he catches the fellow and brings him into the station. But something doesn't ring true! How can Fenchurch be mistaken? He actually saw the murder committed. He knows he has the right guy so what's wrong? With thanks to Goodreads for my copy.
Meer lezen
2 mensen vonden dit nuttig
Vertaal recensie in het Nederlands

the-moose-is-loose
3,0 van 5 sterren Good police procedural but...
28 augustus 2017 - Gepubliceerd op Amazon.com
Geverifieerde aankoop
As police procedurals go, Ed James has it nailed. Two of the characters, DI Fenchurch and his wife, Abi, and the dynamic of their relationship tends to get in the way at times to the point I find myself saying, "Oh, not those two again." I get it - the loss of their daughter, Chloe, is part of what makes DI Fenchurch who he is but the mention of her name sets off the usual fireworks between Fenchurch and his wife. After a while it gets old and it detracts from the storytelling of the case at hand.

Another thing is, at times, DI Fenchurch is outclassed by his subordinates and appears as stumbling and bumbling. If this was the author's intent then, "Well done!" but it tends make me grit my teeth through patches of the book just so I can get to the resolution of case.

Kindle Customer
4,0 van 5 sterren action novel
28 maart 2017 - Gepubliceerd op Amazon.com
Geverifieerde aankoop
I liked this one better than the first Fenchurch novel. DI Fenchurch and his wife, Abi, have stopped to get something to eat - when Fenchurch notices a woman acting strangely. Then a young man on a bicycle pedals up to her and stabs her in the neck with a knife. Fenchurch chases the bike rider, while Abi stays with the young woman
It is a good story with lots of action. Lots of twists and turns. Too many chase scenes for me though - I don;t even like chase scenes in movies - lol
Meer lezen
Vertaal recensie in het Nederlands

Susan
5,0 van 5 sterren I'm in love with Ed James
17 november 2016 - Gepubliceerd op Amazon.com
Geverifieerde aankoop
After reading all the Scott Cullen series i couldn't wait for more. I'm glad Mr James is a fast writer! This is another police procedural with a fast pace and quite a few twists and turns. Very timely references to the current wave of anti immigration sentiment associated with Brexit and our new President elect.
Meer lezen
2 mensen vonden dit nuttig
Vertaal recensie in het Nederlands

Kendra Morgan
5,0 van 5 sterren Same as It Ever Was
19 december 2017 - Gepubliceerd op Amazon.com
Geverifieerde aankoop
Cops without guns... They could, at least, give them some decent hand-to-hand training!