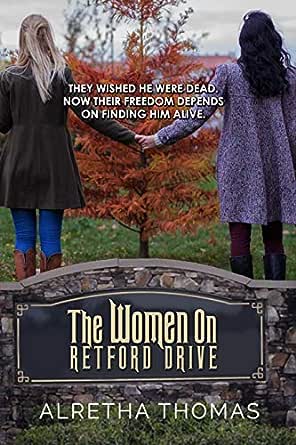 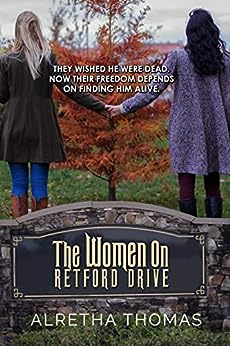 Julia Pritchard, an aging sitcom star making a comeback, and her stepdaughter, Blythe Pritchard, an aspiring attorney, form a pact to start fresh and pursue their dreams. But their plans go awry when Keith Pritchard, Julia’s soon-to-be ex-husband and Blythe’s father, goes missing and is presumed dead, the day they plan to move out of his mansion.

The women are filled with bittersweet emotions when they consider the idea that Keith, a tycoon and functional alcoholic, could be out of their lives for good. Moreover, they fear the police will name them as persons of interest because of the abuse they suffered at Keith’s hands. Julia believes Keith hasn’t met with foul play but orchestrated his own disappearance, hoping the women will be blamed. However, Blythe believes her father is dead. When the police reveal a damning piece of evidence, which could result in one of them being charged with Keith’s possible murder, they join forces to find out what happened to him. Did one of the women go off script and kill Keith, or is another agenda at play, unbeknownst to the women and the police, that’s far more sinister?
click to open popover

Cyrus Webb
5,0 van 5 sterren She's done it again. Alretha Thomas shines with new release
10 september 2018 - Gepubliceerd op Amazon.com
Geverifieerde aankoop
Having been a fan of author Alretha Thomas for years she continues to captivate readers with her fiction. THE WOMEN ON RETFORD DRIVE is yet another reason why she will remain an author to watch.

Taking us into the skin and experiences of her characters, the story unfolds in such a way that you can't help but ask what you would do in a similar situation. Would you have the strength to go on after dealing with the harshness of life? How far would you go to break free?

A story that unfolds quickly, keeping you turning the page, this is one of Thomas's best--and that's saying a lot.

Kudos to the author on another job well done. And readers: get ready. You're in for a fun literary adventure.

Vivienne Diane Neal
5,0 van 5 sterren An Amazing Whodunit
27 augustus 2018 - Gepubliceerd op Amazon.com
Geverifieerde aankoop
This is a compelling, page-turning read from start to finish with its fresh dialogue, descriptive surroundings, believable, multiethnic characters, and women protagonists that are complex, strong and assertive and women antagonists that you would like to push in front of an approaching train help move the story. Through flashbacks, we see how a person can get sucked into an abusive relationship when taken in by pretense and manipulation. The plot is filled with deception, doubt, denial, secrets and lies, and twists and turns that will take you on a roller coaster ride and keep you speculating to the very end. This story explores pertinent issues: domestic violence and its impact on families of all economic status and society at large, and if you are living with or caring for someone diagnosed with Alzheimer’s or dementia, you will definitely connect to this well-written tale.
Meer lezen
15 mensen vonden dit nuttig
Vertaal recensie in het Nederlands

Tyreese Burnett
5,0 van 5 sterren WOW!!! ALRETHA DOES IT AGAIN!!!!!
5 mei 2019 - Gepubliceerd op Amazon.com
Geverifieerde aankoop
It will grab you from the very beginning and not loosen its grip. Such brilliant storytelling that keeps you guessing on what happens next. You will be immersed into this story as it unfolds and comes to life page by page. The character development is so strong, that you instantly feel a connection and empathy for the Pritchard women. I am still in awe of how this book effectively had me on the edge wanting more.
Meer lezen
10 mensen vonden dit nuttig
Vertaal recensie in het Nederlands

Kindle Customer
5,0 van 5 sterren Relevant Topic - Domestic Violence- Family
4 mei 2019 - Gepubliceerd op Amazon.com
Geverifieerde aankoop
Alretha, is exceptional in relating current issues with fictional characters that remind us of the reality in our communities. I was captivated by the mystery of who done it, as she explored the characters relationship with themselves and others. The plot twist and turns were enjoyable and kept me guessing up until the end of the book. I can't wait for the next one in the series.
Meer lezen
5 mensen vonden dit nuttig
Vertaal recensie in het Nederlands