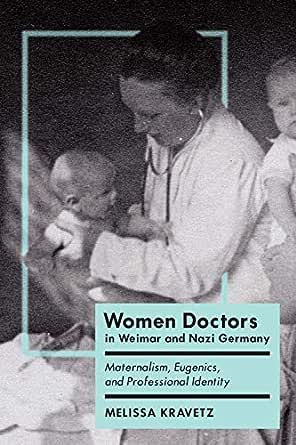 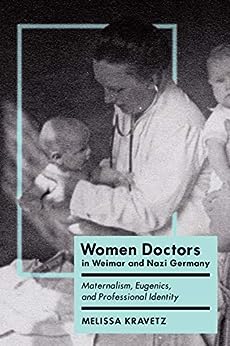 Examining how German women physicians gained a foothold in the medical profession during the Weimar and Nazi periods, Women Doctors in Weimar and Nazi Germany reveals the continuity in rhetoric, strategy, and tactics of female doctors who worked under both regimes. Melissa Kravetz explains how and why women occupied particular fields within the medical profession, how they presented themselves in their professional writing, and how they reconciled their medical perspectives with their views of the Weimar and later the Nazi state.

Focusing primarily on those women who were members of the Bund Deutscher Ärztinnen (League of German Female Physicians or BDÄ), this study shows that female physicians used maternalist and, to a lesser extent, eugenic arguments to make a case for their presence in particular medical spaces. They emphasized gender difference to claim that they were better suited than male practitioners to care for women and children in a range of new medical spaces. During the Weimar Republic, they laid claim to marriage counselling centres, school health reform, and the movements against alcoholism, venereal disease, and prostitution. In the Nazi period, they emphasized their importance to the Bund Deutscher Mädels (League of German Girls), the Reichsmütterdienst (Reich Mothers’ Service), and breast milk collection efforts. Women doctors also tried to instil middle-class values into their working-class patients while fashioning themselves as advocates for lower-class women.