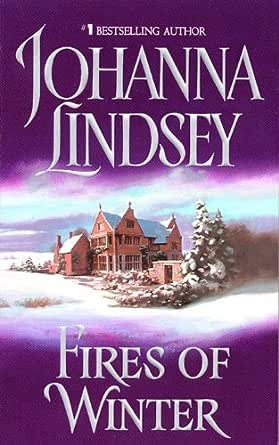 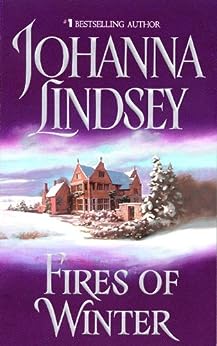 Lovely and dauntless, abducted by invaders from across an icy sea, Lady Breena vowed vengeance swearing no Viking brute would be her master no barbarian would enslave her noble Celtic heart, but then came Garrick Haardrad, the proud and powerful son of a ruthless Viking chieftain.

Sue Etem
5,0 van 5 sterren Well written
3 februari 2017 - Gepubliceerd op Amazon.com
Geverifieerde aankoop
I read reviews on how others didn't like the rapes and so forth in this book. I read many of this authors books, and thought she must have went crazy on this one. I was glad there were not the graphic scenes the reviews lead me to believe there was. Were there rapes, slaves, killings? Yep. Was the way the Vikings were. Except for the two main characters, it is talked about some, not described. All in all, this is a book, not real life. I thought it well written and a good story.
Meer lezen
11 mensen vonden dit nuttig
Vertaal recensie in het Nederlands

Eeyore
3,0 van 5 sterren Worst of all for Brenna is she is given as ...
17 juli 2018 - Gepubliceerd op Amazon.com
Geverifieerde aankoop
I had some problems with this book that really irked me. There are spoilers ahead...

Brenna's family is betrayed, the men are killed and the women carried off (yes, vikings, I know) All the women except for Brenna are gang raped on the voyage home. Worst of all for Brenna is she is given as a slave to the man she was supposed to marry. This man just kind of shrugs his shoulders and expects her to accept the situation. In fact, everyone including what's left of her family thinks she should just fall in line. Her aunt even says "Brenna never really grew up." WHAT!? If you don't want to be a slave, expected to do endless hard work and bend over for whatever drunk viking comes across you, you're obviously immature.

The anti-hero hears her heart wrenching description of what happened when they were taken and feels kinda sorry for her, but oh well that's life. He treats her horribly, rapes her twice (vikings, don't forget) makes her life hell and when she is kidnapped and nearly dies trying to return to him he throws her out. This guy really has no redeeming qualities at all. No reason for Brenna to fall in love with him, but every reason to hate him. I was rooting for her to stab him in the eye. along with his father and brother for good measure.

I didn't blame Brenna for her behavior at all. I was aghast at her aunt. Everyone is mad at Brenna because she won't break but I admired her. I wanted her to leave and go home because he didn't deserve her.

The book is very well written so I gave it three stars instead of two, but I just couldn't buy into the romance.

Lindsay Privette
1,0 van 5 sterren Typical.
24 oktober 2016 - Gepubliceerd op Amazon.com
Geverifieerde aankoop
Lots of rape. But it's an old Johanna Lindsey, so that's pretty par for the course. After about the fiftieth rape scene, I quit reading it, but I think it's safe to assume that the heroine managed to overcome the trauma of having her entire family slaughtered before her eyes, being kidnapped, and being raped repeatedly to eventually be seduced by and fall in love with Rapey the Viking Lord.....
Meer lezen
9 mensen vonden dit nuttig
Vertaal recensie in het Nederlands

P. Shropshire
4,0 van 5 sterren Very enjoyable!
28 april 2016 - Gepubliceerd op Amazon.com
Geverifieerde aankoop
I'm sure I read this many years ago - when I graduated high school, I worked at a bank where all the ladies read HR. I'm pretty sure I read all of Johanna Lindsey's early books. But forgetfulness is one of the few joys of aging in that it allows one to reread a book for the first time.

This one is about Brenna, a Celt from Wales. She is promised to a Viking in an attempt to save her people from their raiding and killing. But Anselm, the Viking who promised his son to her, had no intention of allowing his son to marry a Celt. And so he attacks Brenna's home just after Brenna's father has been buried, kills all the men and takes Brenna, her aunt and her stepsister as captives.

Brenna's father raised her as the son he never had, so she is skilled in riding, hunting and swordplay, and knows little about traditional women's work such as sewing and weaving.

When the Viking ship reached Norway, Anselm gives Brenna to his son, Garrick, as a slave - he who she thought would have been her husband. Garrick distrusts all women because the Viking woman he wanted to marry had married a wealthy trader. Garrick has himself now become a wealthy trader.

Because she was raised more as a male, Brenna has a fierce pride that will not allow her to accept her new condition as a slave. Nevertheless, she can't help noticing how attractive Garrick is.

This is definitely an old-school book. Brenna isn't really unwilling to bed Garrick and she is certainly attracted to him, but on one occasion, he does take her very roughly in anger when she refuses him, Also, Brenna's aunt and stepsister are very blasé about being slaves. They do point out that they are not ill-treated and their lives are no worse than when they were free Celts.

Nevertheless, it's an enjoyable story - it is fiction after all.
Meer lezen
2 mensen vonden dit nuttig
Vertaal recensie in het Nederlands

Phil
4,0 van 5 sterren Rape is Rape
20 september 2019 - Gepubliceerd op Amazon.com
Geverifieerde aankoop
This is the love story between Garrick and Brenna. The plot was good.The writing was good. My objection to the book is the rapes. Rape is rape and that's never good. Also I noticed that some of the 1st books by Ms Lindsey are usually around $3.99 but is you want to complete the series you will need to pay over $7.00. It's almost like reading a cliffhanger. I will read the second book of this series because it Kindle Unlimited. Not sure about the 3rd book because the reviews are not that good and because of the cost of the book.
Meer lezen
Vertaal recensie in het Nederlands
Ga naar Amazon.com om alle 248 recensies te bekijken 4,0 van 5 sterren
Terug naar boven
Over ons
Verkoop bij ons
We helpen je graag
© 1996-2020, Amazon.com, Inc. en dochterondernemingen