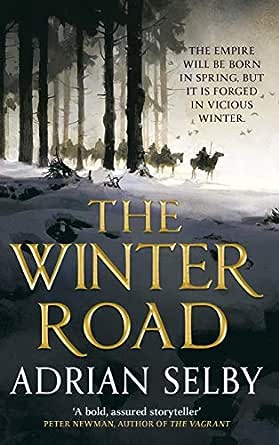 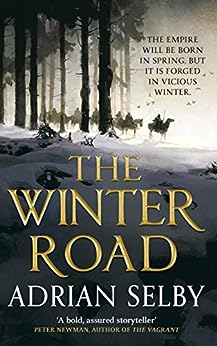 "Set in a brutal world of subtle magic, clashing empires, and commercial interests, this is an impressive fantasy debut. Selby demonstrates the command of style, character, plotting, and world building of a seasoned author."--Booklist on Snakewood

"Not your typical grimdark fantasy....While it's a complex tale, this is also an immensely readable one, and should appeal to fans of the immersive world-building of Brandon Sanderson. Selby constructs his world on a personal, visceral level, making sure we feel everything that happens to the narrators."--BarnesandNoble.com on Snakewood

"I give it nothing but the highest recommendation."--Grimdark Magazine on Snakewood

"Contemporary and grimdark as it comes."--British Fantasy Society on Snakewood

"Absolutely fascinating and incredibly original."--Sense of Wonder on Snakewood

"Wears its grimdark on its sleeve ... a thrilling tale of adventure, betrayal, triumph and loss."--Interzone on Snakewood

"Grim mercenaries and badass alchemists brought to life by a bold, assured storyteller."--Peter Newman, author of The Vagrant, on Snakewood

"A lot to enjoy, especially if you are a fan of dark, gritty, old-soldier stories."--Fantasy Faction on Snakewood

A gritty and epic adventure to appeal to fans of Mark Lawrence, Andrzej Sapkowski's The Witcher and Joe Abercrombie - The Winter Road is a fantasy novel which remembers that battles leave all kinds of scars.

'A bold, assured storyteller' PETER NEWMAN author of The Vagrant

The greatest empire of them all began with a road.

The Circle - a thousand miles of perilous forests and warring clans. No one has ever tamed such treacherous territory before, but ex-soldier Teyr Amondsen, veteran of a hundred battles, is determined to try.

With a merchant caravan protected by a crew of skilled mercenaries, Amondsen embarks on a dangerous mission to forge a road across the untamed wilderness that was once her home. But a warlord rises in the wilds of the Circle, uniting its clans and terrorising its people. Teyr's battles may not be over yet . . .

All roads lead back to war.

'This book took me on an emotional rollercoaster . . . Highly recommended' JOHN GWYNNE

'A lot to enjoy, especially if you are a fan of dark, gritty, old-soldier stories' FANTASY FACTION

'Wears its grimdark on its sleeve . . . a thrilling tale of adventure, betrayal, triumph and loss' INTERZONE

'I give it nothing but the highest recommendation' GRIMDARK MAGAZINE

For more epic fantasy action from Adrian Selby, check out SNAKEWOOD or follow him on twitter at @adrianlselby for updates.

Voges
5,0 van 5 sterren Brutal with love
3 april 2019
Indeling: Kindle-editie
I need a while to let this book sink in. What an intense story it is, it blew me away... Teyr is such a remarkable, strong woman or rather force of nature... And yes, it made me cry a little too... I will write more once I get my thoughts together again.

Two days later and I feel like I'm ready to say some more. This was one of my most anticipated books this year and my expectations were high, to say the least...
It's the story of one woman trying to fulfill a dream, to make life a little better and easier for her people. A strong, badass woman who loves how she lives and fights, fierce and fully. (I love her!)
The story is told in three parts, then, now and after. I loved how I was just thrown in as a reader and had to figure stuff out by myself while reading.
I always enjoy stories told in different timelines so I loved the first part where the two timelines are mixed. In the second part where one timeline is left to follow the pace really picks up and there's a rollercoaster of action and fighting scenes. I couldn't put the book down...
But... what got me to tears was the last part, the after, where we learn what happens to the characters. It was beautiful and gave the story the perfect ending.

This book is brutal, intense and beautiful! And I know I'll read it again at some point. Anything Adrian Selby writes, I'll be reading!

James
4,0 van 5 sterren A Few Questions and Answers about The Winter Road
17 november 2018 - Gepubliceerd op Amazon.com
Geverifieerde aankoop
I noticed the author wrote another novel. Is this novel related to Snakewood?

It is set in the same world but takes place hundreds of years earlier. It explains the origins of a prominent organization that is a key part of Snakewood. You can easily read The Winter Road with no knowledge of his first book. I am sure that many readers will find the book a easier entry point to his works and world.

Is this book better then Snakewood?

It is more polished and more accessible. Most people would say The Winter Road is better, but I personally like Snakewood more. His first book was so unconventional and different. I loved how it threw so many rules to the side and how it shifts the readers perceptions throughout (of who is the victim and persecutor).

I loved how he uses dialogue. Many of the characters do not have a strong educational background and it shows in their dialogue. It adds a level of authenticity that many other authors overlook. I think the tone is just right. It is a dark tale, but never overwhelmingly so; there are moment of hope to give it balance. I loved the ending of how it ended with letters between two characters you meet along the way; a perfect way to end the story.

I thought it could be a little bit tighter of a novel. Part of the story was told in flashbacks; I thought the current storyline was more engaging than the past one. I also though a character list would have been very helpful.

Will you buy more from the author?

Justine Bergman
5,0 van 5 sterren A brutally and beautifully intense, emotional journey
31 januari 2019 - Gepubliceerd op Amazon.com
Geverifieerde aankoop
"But there’s a knot, must be in all of us, mustn’t it, a protectiveness when we think of the fields, faces and songs that rise in our memories on our thinking of home."

There’s a steep price to pay, both in coin and blood, in making sure the paths that lead home are safe for those seeking their bloodlands. For the Circle is vast and rife with a wildness and dangers and mysteries that none until now have attempted to tame. Teyr Amondsen, ex-soldier of renown, hopes to use the wealth she has gained over the years of countless battles to build a road that will unite the fractured clans and bring secure and fair trade to all. Shortly after embarking on her perilous mission, she bears witness to the ruthless acts of a merciless warlord who intends to unify the Circle through fear, forcing her to change tactics, only to be met with crushing loss. Regardless of the trials she faces, Teyr’s fortitude will see her through the cold, dark winter, and she means to see her dreams come to fruition, no matter the cost.

The Winter Road is a brutally and beautifully intense, emotional tale of perseverance, of revenge, and of love and loyalty. While I anticipated the pages to be oozing with action and soaked in blood, I don’t think I was truly prepared for the level of sentimentality that formed the backbone of this stunning book. It was traumatic and harrowing, but you never lose sight of the light at the end of the tunnel, even when it appears all hope is lost. It begins with chapters alternating between the past and the present, smartly and comfortably submerging the reader into a world with an already-developed history, then blooms into an epic journey peppered with battles, deceit, and aid in unexpected places.

Selby’s characterization is absolutely incredible - he has created some of the most in-depth and three-dimensional characters I’ve ever had the pleasure of being introduced to. With a relatively large cast and quite a few names to remember, I cannot think of even one that felt shallow in the slightest. Teyr is, by far, my favorite female lead that has ever graced the pages of any fantasy story I’ve read over the years. She’s strong, honest, with a drive that surely causes envy amongst her peers, however, she has weaknesses that are so often overlooked when creating a genuinely badass warrior, making her feel completely human and, in turn, fragile. Khiese’s development is also brilliant. He is everything opposite expected of a warlord - small and slight, but with a sharp mind and as much tenacity as our leading lady. They are each a formidable enemy to the other, making the conflict authentic and engaging. Each of Selby’s supporting characters, no matter how inconsequential they may seem, play a huge role in fleshing out and advancing this story, often adding another note of emotional turmoil that draws you in deeper.

Observing the world through the eyes of Teyr Amondon, we’re fully immersed in a turbulent and treacherous setting, where only the strong survive, and oftentimes those meet resistance, as well. Throughout you’ll find gems that vividly depict the harshness of the land and the misfortunes the characters meet.

"The furs have been made to fit me, for winter comes to the Circle and it rouses the ghosts of these lands, howling over the rocks, clawing like a bear."

We suffer the freeze. We rejoice in the thaw. We cross the Circle and feel the mud underneath our fingernails and smell the sharp aroma of plant needed for brews. It is a world so gorgeously painted and memorable, and one that definitely envelopes readers with its vastness.

The Winter Road was one of my most anticipated books of 2018 and the only disappointment was in myself for waiting so long to finally get to it - we’ll just have to label it one of my favorite reads of 2019. I’m excited to see if the author returns us to this world in the future, because there are plenty of rich aspects and interesting people I would definitely love to learn more about. If you’re on the hunt for something dark with a lot of heart, seek no further, this is the one you’re looking for. I highly recommend.
Meer lezen
8 mensen vonden dit nuttig
Vertaal recensie in het Nederlands

B. Davis
5,0 van 5 sterren Exquisite
26 januari 2019 - Gepubliceerd op Amazon.com
Geverifieerde aankoop
A self contained book that apparently threads a needle to Snakewood (which I haven’t read), The Winter Road is exquisite.

Divided into three parts- it’s a grim dark tale that ends on an optimistic.

Fair warning though: Teyr Almondsen’s tale is brutal to start; she of the barren mercenary turned mercantilist turned ‘road constructor’ via the van. Her tale, amidst the relative butchery of Kheise, is engrossing.

As other notes have stated, the authors first person perspective does well to illustrate the relative lack of education of the author (Teyr). It can be off-putting at first, but ultimately adds to the visceral introspection woven so deftly.