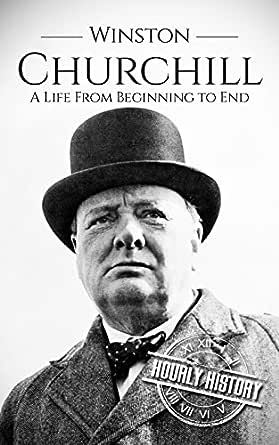 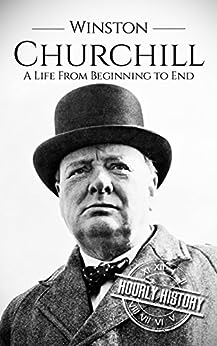 The man that the world knows as Winston Churchill looms large on the stage of world history. Like some sort of colossus from antiquity, Churchill strides between two major epochs in the world, one foot planted in the glory days of the British Empire when the sun never set on history’s largest known conglomeration of imperial holdings and the other planted firmly in the aftermath of World War Two, and a post-war order that saw that empire collapse, with Britain barely hanging on to its own sovereignty in the wake.

Inside you will read about...

✓ Love and War
✓ Courting the Americans
✓ The Allies Show their Teeth
✓ Preparing for the Post-war World
✓ Wrestling the Reins of Power
✓ Churchill’s Hiatus
✓ The End of an Empire
And much more!

With the Iron Curtain descending over Europe, Churchill was the first to raise the alarm bell that signaled the start of the Cold War. Churchill was a master at the helm, navigating his country and to a much larger extent the world through some of its darkest hours, even while he battled some of his own personal demons of depression and doubt. Follow along as Churchill guides us through uncharted and uncertain waters through the sheer power of his own pugnacious pizzazz.
click to open popover

Dee Arr
4,0 van 5 sterren Decent Introductory Book about Churchill
6 mei 2017 - Gepubliceerd op Amazon.com
Geverifieerde aankoop
This offering from Hourly History is one of their better books. As promised, readers are able to gain an overview of Winston Churchill in an hour or less. This brief but comprehensive book provides enough information to educate anyone about the basic events in the man’s life.

It is difficult to understand the thinking of many modern history authors, as there has been a tendency over the last ten years or so to find human faults with those who many might consider heroes. The book’s Introduction included a paragraph stating that Churchill suffered from “…destabilizing mood disorders…” and that he tried to fix the “…wild swings of his mental state by self-medicating.” The next sentence described Churchill as an “…alcoholic for much of his life, and…dependent on routine doses of barbiturates and amphetamines just to get him through the day.” The rest of the book did not address these issues, though since drug and alcohol use was brought up it would have been good to explain. Since it was confined to one paragraph, it doesn’t seem like there was a valid reason to bring up the subject.

Churchill certainly had an interesting life, and this book will give enough information to folks so they can determine if they have enough interest to move onto longer books. Four stars.

Jordan
4,0 van 5 sterren A great introduction to Churchill!
22 december 2017 - Gepubliceerd op Amazon.com
Geverifieerde aankoop
Winston Churchill: A Life From Beginning to End is a fabtastic overview of Winston Churchill and his life's events and accomplishments. This really is a book that can be read in about an hour, which will result in knowing quite a bit more about Churchill than you might previously have known.

This book is not in-depth, so if you are looking for something with detailed insights into his life and the various things he was a part of, that is not what you will get. However, if you are merely looking to know more about Churchill, this covers a lot. It seemed that this focused most on Churchill's actions during WWII and the events immediately after.

Churchill is an extremely interesting figure; he did many great things, but there are also many controversial aspects of his character that as well, which makes him a great historical figure to study. I do wish that this book went into more detail about Churchill himself and some of the lesser-known struggles that he faced, but I understand that this book was meant as a brief overview.

Overall, I'm giving this book four stars! This is a great little introduction to a fascinating historical figure.

Carolina Casas
4,0 van 5 sterren A fair assessment of Churchill
31 juli 2018 - Gepubliceerd op Amazon.com
Geverifieerde aankoop
This is a good introduction on Winston Churchill that covers all the important aspects of his career and his life without overloading the reader with too much information or using big words to make this look imposing; or, as is the case with many short introductions, over simplifies it.
The end result is an accurate and mostly objective account on one of England's best PMs and world's greatest leaders.
That being said, the reason why I give it four stars out of five is because the author fell into the trap that most of us fall and that is to look at him through a 21st lens.
It is a minor setback. I still recommend the book. History buffs and newcomers alike will enjoy it.

Michael L. Sweet
5,0 van 5 sterren One of the Best Hours You Spent With a Book
20 november 2017 - Gepubliceerd op Amazon.com
Geverifieerde aankoop
A splendid read. Lots of information in a small book. I have read Dinner with Churchill, Churchill A Life by Martin Gilbert and WWII by Martin Gilbert. All great books discussing the amazing life and accomplishments of this great man. The Hourly History is a good start for someone who wants to get a taste of Churchill's role in the shaping of Europe. Not as detailed as the Very Short Introduction series but also not any less entertaining or factual. If this was all you read about this great man it would be a shame. But you would, at least, have enough knowledge to carry on a decent conversation about him. I highly recommend this short book. Well written and it will probably be one of the best hours you spent with a book.
Meer lezen
Vertaal recensie in het Nederlands

JimSpencer
5,0 van 5 sterren England from the Brink
1 november 2017 - Gepubliceerd op Amazon.com
Geverifieerde aankoop
The Bulldog, as he was known, had an unremarkable beginning, only to rise in prominence at just the right time in history. Famous for his "never, never, never say never" attitude, he had a keen insight into world affairs and would be instrumental in bringing England back from the brink. His distrust of Josef Stalin was a very good example of his ability to read people and situations, and short of America's General Patton, was not taken seriously until arguably being too late to the table. Not a perfect man, yet one could call him a hero among the world's Statesmen.
Meer lezen
Vertaal recensie in het Nederlands
Ga naar Amazon.com om alle 110 recensies te bekijken 4,1 van 5 sterren
Terug naar boven
Over ons
Verkoop bij ons
We helpen je graag
© 1996-2020, Amazon.com, Inc. en dochterondernemingen