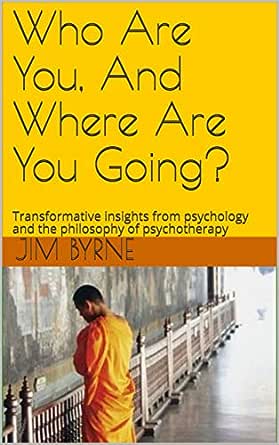 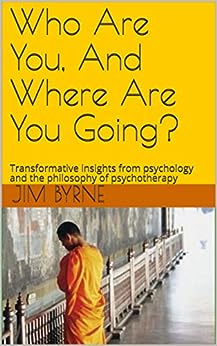 Who Are You, And Where Are You Going?: Transformative insights from psychology and the philosophy of psychotherapy (English Edition) Kindle-editie

The expression “Know thyself” comes to us from ancient Greece, and has been understood in many different ways. In my understanding, the injunction to “Know thyself” is one of the three essentials for a happy and successful life. The other two are “Know where you are in your life”; and “Know what is possible for you in your life”. The third of those three is your ‘mission’ or ‘purpose’ in life, which you have to discover or invent for yourself!Most people skip this challenge, of becoming conscious about who and what they are; where they are located in time/history; and what is possible for such an actor in terms of future directions for a viable/enjoyable life.Most people spend the whole of their life living as largely non-conscious victims of a script that they wrote for themselves, with the aid of their parents, when they were less than seven years old, when they hadn’t got enough sense to write a really good script for themselves.Most people are lost and floundering in their lives. According to Henry David Thoreau, in his book on civil disobedience, “The mass of men lead lives of quiet desperation”. And he defined that desperation as ‘resignation’ – a giving up – or not trying to change their fate. And that resignation often shows up as depression, suicidal ideation, or the frittering away of a life on idle pastimes, or drug-induced absences, or other forms of escapism.Steve Biddulph, in his book on Manhood, goes further, and says that most men do not have a life – all they have is a game. And the core of that game is the assumption that, if they just keep on waiting and hoping, one day happiness will arrive in their life. A pipedream! (Nobody is coming on a cuffing white charger. You have to make your life plan for yourself; and then take action; over and over again; failure after partial failure; persisting; persisting; persisting; until you reach the shore of your dream. And even then you have to keep working at building your life every single day).Furthermore, if most men do not have a life, but just this grim waiting game, then most women are in relationships which cannot be much fun for them. Many of them are playing a comparable game. “If I wait long enough, this man will become the lover that I want; the friend that I want; and life will be marvellous!” Another pipedream.The first step in dealing with those sad pipedreams is this: wake up; find out who and what you are; and then you will have a greater capacity to know what to do with your limited time here on Earth.This book will change the direction and quality of your life, if you use it to the full!
click to open popover