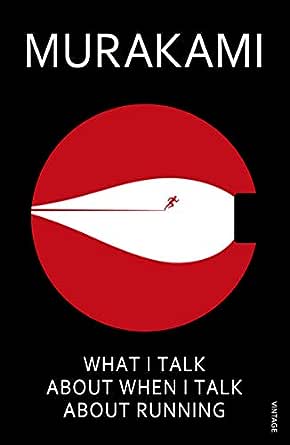 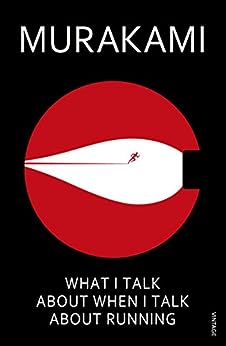 "A fascinating portrait of Murakami's working mind and how he works his magic on the page." --The Plain Dealer"A brilliant meditation on how his running and writing nurture and sustain each other. . . . With spare, engaging prose . . . Murakami shares his runner's high." --Sports Illustrated"Enthralling. . . . A quirky, brilliant gem."--Time Out New York"Murakami's descriptive eye is as acute as ever. . . . Fascinating. . . . A glimpse into the creative process of one of the world's great writers." --The Hartford Courant"A genuine memoir, filled with gentle minutiae that truly communicates the rhythm of Murakami's daily life and work...Murakami actually offers himself whole." --Jesse Jarnow, Paste Magazine"A felicitous, casual series of reflections and anecdotes...[Murakami] has a Warholian way of tinting the mundane with mystery and restrained humor...Do still waters run deep? This paean to a runner's life keeps us, pleasurably, wondering." --Joel Rice, The Tennessean"[What I Talk About When I Talk About Running is] a graceful explanation of Mr. Murakami's intertwining obsessions, conveyed with his characteristic ability to draw unexpected connections. Running may be a matter of placing one foot in front of the other on the ground, but, as is so often the case with Mr. Murakami, terrestrial objects have a tendency to take flight." --Chloë Schama, New York Sun"Beautifully written and full of great running aphorisms...Anyone who knows perseverance can appreciate this work." --Helen Montoya, San Antonio Express-News"Engaging, insightful...What I Talk About When I Talk About Running extends [Murakami's] winning streak." --Jenny Shank, Sunday Camera"Murakami constructs this piecemeal narrative with the same masterful, accessible prose marked by humor and streaks of magic which has made him a household name, the same staggering insights, the same fascinating connections...this is exactly what makes Murakami so special: his ability to render everything a part of everything else, and to end with monumental poignancy...In an extremely personal, candid and moving way, the book makes one want to read and run at the same time." --Reynard Seifert, Austin Fit Magazine"[What I Talk About When I Talk About Running] provides a fascinating portrait of Murakami's working mind and how he works his magic on the page...[a] charming, sober little book." --John Freeman, Newark Star-Ledger"Highly recommended...Practical philosophy from a man whose insight into his own character, and how running both suits and shapes that character, is revelatory and can provide tools for readers to examine and improve their own lives."--Library Journal

‘Pain is inevitable, suffering is optional’

A compelling mediation on the power of running and a fascinating insight into the life of this internationally bestselling writer.

In 1982, having sold his jazz bar to devote himself to writing, Murakami began running to keep fit. A year later, he'd completed a solo course from Athens to Marathon, and now, after dozens of such races, he reflects upon the influence the sport has had on his life and on his writing.

Equal parts travelogue, training log and reminiscence, this revealing memoir covers his four-month preparation for the 2005 New York City Marathon and settings ranging from Tokyo's Jingu Gaien gardens, where he once shared the course with an Olympian, to the Charles River in Boston.

By turns funny and sobering, playful and philosophical, this is a must-read for fans of this masterful yet private writer as well as for the exploding population of athletes who find similar satisfaction in distance running.

'There can never have been a book quite like this memoir of running and writing before. In its self-contained way, it's nothing less than an inspiration' Evening Standard

'Hugely enjoyable...You don't have to have run a marathon to be captivated' Sunday Telegraph

Stephanie
5,0 van 5 sterren I loved most of it
28 juni 2016 - Gepubliceerd op Amazon.com
Geverifieerde aankoop
I’ve never read a Murakami novel before so I had no idea what to expect from his running memoir. I’d seen it on the bookshelf of a number of runners so as I started training for my first marathon a few weeks ago, I picked up the book as well.

I loved most of it. I found his philosophy with both running and writing to be similar to mine. There are many things that someone who’s not an endurance athlete can’t understand so maybe this book speaks to a narrow audience. But I’m glad to be a member of that audience. I found myself nodding along. I’d read a free sample on my Kindle, then found a used paperback to buy so I could underline passages and make notes in the margin. I loved this book so much I penciled it up.

Now that I’ve seen this glimpse into his mind I want to try his novels, too.

I would not say this is “equal parts training log, travelogue, and reminiscence,” as the book description does. It includes all those things, but not in equal parts. It’s a series of essays that he wrote, mostly during his training for the 2005 New York City Marathon, but the memories take him to other races and other periods of his life, and on a whirlwind tour of his stomping grounds across Hawaii, Boston, Greece, and Japan.
Meer lezen
31 mensen vonden dit nuttig
Vertaal recensie in het Nederlands

Brian Jones
5,0 van 5 sterren Food For The Creative Professional Soul
9 maart 2014 - Gepubliceerd op Amazon.com
Geverifieerde aankoop
I have this theory that goes like this: sometimes we find books, and sometimes books find us.

Oftentimes I'll pick up a book, read a few lines, and quickly close the covers. I'll instinctively know that no matter how much I want to read it that that book's message was meant for a later time. And sure enough, years later, I'll spot the book on the corner of my shelf and be moved to pick it up, only to find exactly what I needed to hear. It's funny how life, and reading, works that way.

Other times I'll find a book in the most random way - through a footnote or a random citation in an obscure periodical, for instance - and that book's message will be exactly what I needed to hear at that moment in my life. That was certainly the case with Japanese novelist Karuki Murakami's wonderful little book, What I Talk About When I Talk About Running.

While training for the New York City Marathon Japanese novelist Haruki Murakami decided to write about it as well. What materialized was a unique memoir that discusses his twin passions of writing and running, and the interesting way they nurture and inform each other.

I've been struggling as of late staying focused on the hard work of writing, so when I opened the book and read the following lines I knew that a message that I needed to hear had found me:

"One runner told of a mantra his older brother, also a runner, had taught him which he's pondered ever since he began running. Here it is: Pain is inevitable. Suffering is optional. Say you're running and you start to think, Man this hurts, I can't take it anymore. The hurt part is an unavoidable reality, but whether or not you can stand any more is up to the runner himself. This pretty much sums up the most important aspect of marathon running."

If you feel called to creative work, and are struggling with finding the discipline necessary to create a body of work, you'll find this playful, oftentimes philosophical memoir food for your soul.
Meer lezen
27 mensen vonden dit nuttig
Vertaal recensie in het Nederlands

ArchaeoMag
5,0 van 5 sterren Very good memoir by a pleasant, respectable person
10 mei 2015 - Gepubliceerd op Amazon.com
Geverifieerde aankoop
I really liked this book. It didn't blow me out of the water with inspiration like I kind of expected, but that's ok. It's a memoir, not a manifesto. As a runner and writer myself, it was nice to see how the two mesh together for the author. I am anxious to read one of his novels now after getting a glimpse of his writing style.
Aside from the joy of gaining insight from his decades of experience, I found the author to be respectable, humble, and generally just a likable guy. Id' love to have coffee with him pick his brain some more. I found his humility and honesty refreshing and rare in a field where I am accustomed to sensationalized, horn-tooting tales of superatletes. I liked that he opened up about limits that come with aging, (though he's still faster than I may ever be) and how the love of running can wax and wann over time. Humility is an aspect often left out when people talk about running, but I find that at times I leave for a run expecting to feel a great sense of accomplishment, and return humbled instead, and those runs are every bit as important. I am grateful that he touched on those feelings.
Running is such a metaphor for life, it only makes sense that a writer may be an avid runner. I often write in my head while I run, and I enjoyed this account of someone who has been doing both for decades.
Meer lezen
13 mensen vonden dit nuttig
Vertaal recensie in het Nederlands
Ga naar Amazon.com om alle 464 recensies te bekijken 4,3 van 5 sterren
Terug naar boven
Over ons
Verkoop bij ons
We helpen je graag
© 1996-2020, Amazon.com, Inc. en dochterondernemingen