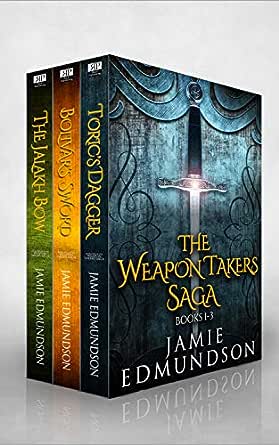 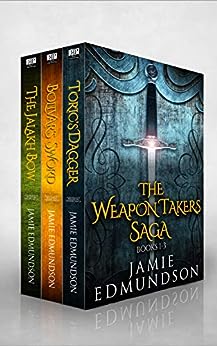 Amazon Customer
4,0 van 5 sterren A quest to retrieve a lost relic
6 januari 2020 - Gepubliceerd op Amazon.com
Geverifieerde aankoop
becomes the prelude to an all out war that engulfs an island-continent. A wide range of reasonably well developed characters contest with each other as the conflict grows ever more intense. Worth the read.
Meer lezen
3 mensen vonden dit nuttig
Vertaal recensie in het Nederlands

Peter Bruyns
4,0 van 5 sterren Could be More!
14 november 2019 - Gepubliceerd op Amazon.com
I could easily have graded this book a five if only there was not this silly matter of books supposedly being written for YOUNG ADULTS! Man, it's annoying when words are used that is so close to being entirely wrong, and all because YOUNG ADULTS think like that. SUPPOSEDLY. Please, write books with at least good grammar. Such a good story too, wasted, I think!!
Meer lezen
5 mensen vonden dit nuttig
Vertaal recensie in het Nederlands

Laure Eccleston
4,0 van 5 sterren Epic fantasy advebture.
4 november 2019 - Gepubliceerd op Amazon.com
Toric's Dagger
Evil is trying to take over their world, and a relic from the past may be necessary to defeat the enemies. Unfortunately, Toric's Dagger has been stolen. Belwynn and Soren are twins, and they are leading a team that is determined to find the thieves and return the dagger. But there are many others who want the dagger, and would like to use it for personal gain.

Bolivar's Sword
The epic quest continues as a group of adventurers search for legendary weapons that will help defeat the armies of a evil creature determined to rule the world.
Wow, a fantastic read with an action packed, magical adventure and a fascinating, well written cast of characters.

The Jalakh Bow
Wow, the epic adventure continues in this book of the series. The core group of heroes is separated and are continuing the search for the magical weapons. Unfortunately, the enemy is also looking for those weapons, and they will try to take those weapons from the searchers who have already claimed them.

I thought this was a fantastic book, it has magic, battling armies, and unexpected betrayals. Unique, and compelling characters fighting against and evil god, and sometimes their own people.

I am voluntarily leaving and honest and non-incentivized review of this ARC.
Meer lezen
2 mensen vonden dit nuttig
Vertaal recensie in het Nederlands

JB-RRS
3,0 van 5 sterren Tried to like the series, but it could have been a lot better
31 december 2019 - Gepubliceerd op Amazon.com
This story has some good bones in it, but it still needs lots of work---at least from my viewpoint.
Not much in the way of descriptions of the characters, the races of people involved, or the surrounding countryside.
Not too bad when the story was focusing on the core group of characters but once it moved away from them it got bogged down in the huge number of supporting characters involved.
I can see this being a good series if it gets a solid rewrite.
Meer lezen
3 mensen vonden dit nuttig
Vertaal recensie in het Nederlands