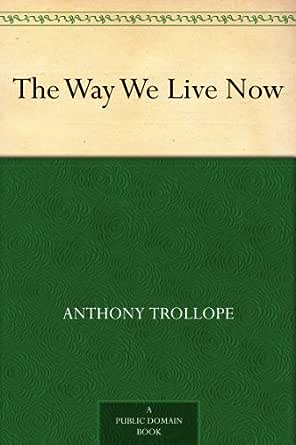 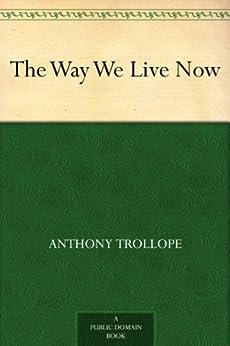 capegirlnoshoes
4,0 van 5 sterren A great Victorian novel
15 februari 2018 - Gepubliceerd op Amazon.com
Geverifieerde aankoop
Starts a bit slow but rewards perseverance. By the end I didn't want to put it down and I had no idea how it was going to turn out!
Really well-rounded characters and in particular realistic and varied female characters (not always something you get in Victorian novels). It addresses a whole lot of social issues in a compelling way without being naggy or feeling like a history lesson. Teaches you quite a lot about Victorian economics and how society was changing at that time.
In terms of format, it worked absolutely fine on my Kindle.
I'd definitely read more by Trollope.

Frank A. Chadwick
5,0 van 5 sterren Could have been written today
1 augustus 2017 - Gepubliceerd op Amazon.com
Geverifieerde aankoop
I've been reading a lot of Trollope lately and have been enjoying him enormously, but this latest book just blew me away. Although it was written over a hundred years ago, it could have been written today, as it was set in a time when irresponsible financial speculation began to supplant traditional means of making money, with inevitable consequences. It's been described as his most biting satire, and I found it so. As it's one of his later books, it also features his growing concern with the impossible position Victorian society placed women, a problem all the major female characters struggle with in one way or another. And through it all Trollope manages to present a large and varied cast of characters and find time to put us in each of their heads, and even gain a bit of sympathy for the worst of them, who are bad out of ignorance more often than out of ill intent. It is certainly a society which, in Trollope's view, excelled at creating a raft of upper-class young men almost entirely lacking in skills, common sense, ambition, and empathy. No wonder they instinctively fall in line behind the loudest bully and think it the most natural thing in the world to participate in gigantic stock swindles--after all, a chap has to make money somehow.
Meer lezen
5 mensen vonden dit nuttig
Vertaal recensie in het Nederlands

john francis leonard
5,0 van 5 sterren A very modern novel
6 juli 2014 - Gepubliceerd op Amazon.com
Geverifieerde aankoop
One might hear the name Anthony Trollope and think of a very serious and dry writer of the Victorian age, but especially here he reads as easily and entertainingly as any modern writer. When I think of this book I think of the late Dominick Dunne another brilliant social satirist of the upper crust. Trollope seems to have perfected the classic tale of the immensely wealthy arriviste to whom the more established aristocracy seem to bend and capitulate all the while feigning horror at his coarseness. The tycoon is Melmotte and he arrives in London with two things all of London society wants, money and a daughter of the perfect age to marry. What he is on the hunt for is a cash poor gentleman with a noble title. Like Austen, Trollope writes of a time when marriage was more than just about love, it was a business. The real wild card is the daughter, she wants more than a good match she wants to, and does fall in love. But unfortunately the young mans's title is not good enough or old enough for her father and he has no money of his own. What follows is an engaging comedy of errors. This is a great read and an extraordinary look at a different time and place.
Meer lezen
6 mensen vonden dit nuttig
Vertaal recensie in het Nederlands

Shannon
5,0 van 5 sterren Long but worth it
4 juni 2020 - Gepubliceerd op Amazon.com
Geverifieerde aankoop
This story was long but worth reading. Their was a large group of characters and a lot of little side plots to this story. While reading them you wonder how they all fit together. They do interleaved and make a great, in a way, romantic story. The story also had two great villains: Sir Felix Carbury and Mr Melmonte. Both of them got what was coming to them. My favorite chapter in the story was the second to last chapter. Mrs Carbury finally gets her reward for all her work and trouble.
Meer lezen
Vertaal recensie in het Nederlands

Anne Wise
4,0 van 5 sterren I Can’t Stop Reading Trollope
2 juni 2020 - Gepubliceerd op Amazon.com
Geverifieerde aankoop
This one was a little hard to get into, perhaps because the British system of business and Parliament and such are all unfamiliar animals. BUT the characters soon took over, as Trollope’s characters always do, and I just had to keep reading to find out what would happen to them all. Because there was no way, even unto the last paragraph I could guess the outcomes (especially for the “American widow” ). I can’t wait to read another rollicking adventure.
Meer lezen
Vertaal recensie in het Nederlands
Ga naar Amazon.com om alle 90 recensies te bekijken 4,2 van 5 sterren
Ontdek het beste van shopping en entertainment
Gratis en snelle bezorging van miljoenen producten, onbeperkt streamen van exclusieve series, films en meer
> Ontdek Prime
Terug naar boven
Over ons
Verkoop bij ons
Amazon-betaalmethoden
We helpen je graag
© 1996-2020, Amazon.com, Inc. en dochterondernemingen