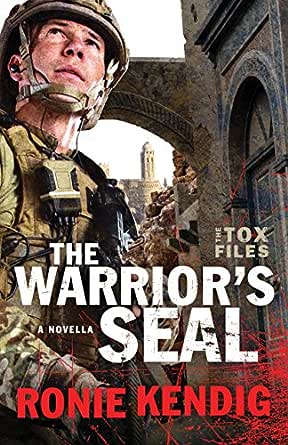 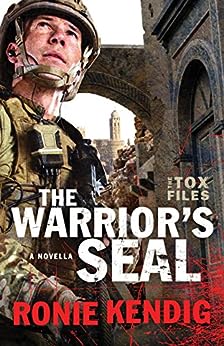 A Special Forces team is thrust into a war with the past to save the president after an artifact unleashes a deadly toxin.

Special Forces operative Cole "Tox" Russell and his team are tasked in a search-and-rescue--the U.S. president has been kidnapped during a goodwill tour. The mission nosedives when an ancient biblical artifact and a deadly toxin wipe out villages. Tox must stop the terrorists and the toxin to save the president.
click to open popover

M. Carley
5,0 van 5 sterren Great intro to a new series!
10 oktober 2016 - Gepubliceerd op Amazon.com
Geverifieerde aankoop
This is the intro to the upcoming series, The Tox Files. The first book will be out December 2016. It's called Conspiracy of Silence. The title for the second book is Crown of Souls.

Tox has been given the mission to get back the president of the United States who has been abducted. Even though Tox hates politics, and his brother is running against the man, it's not going to affect his judgment. There's also the matter of people getting sick and no one knows why.

Tzivia is trying to find a missing mace that supposedly has supernatural powers. Her brother is on the team with Tox, and she's soon on the same mission.

I don't want to say much more, I don't want to give too much away! It didn't take long to read, first because it's not that long, and second because I couldn't put it down! The end isn't the happiest thing I've ever read, but now I can't wait for Conspiracy of Silence!

This little gem is free. I recommend picking it up, you're not risking anything except a bit of your time. This author has a great style, and I've never been disappointed!
Meer lezen
10 mensen vonden dit nuttig
Vertaal recensie in het Nederlands

T.S.
5,0 van 5 sterren Action-packed read!
8 oktober 2016 - Gepubliceerd op Amazon.com
Geverifieerde aankoop
Everything I come to expect from Ms. Kendig's 'Rapid-fire fiction' was in ​The Warrior's Seal.  ​However, that doesn't clearly explain how awesome this story is. I think this may be Ms. Kendig's best book yet! Her writing gets better every. single. time. The prologue blew me out of the water. She brings the reader to the past with the Knights of Templar. Hello, intrigue!! ​Then she brings us to the present where we meet Cole "Tox" Russell and his crew of Green Berets. He might just be my favorite hero yet. This novella was over too quickly (I devoured it in one day). Seeing how it's the prequel to Conspiracy of Silence, it makes sense that it was short. However, the preview they give of Conspiracy of Silence ​was enough to make me dance in my seat with anticipation. I can't wait to read the rest of The Tox Files series.
Meer lezen
5 mensen vonden dit nuttig
Vertaal recensie in het Nederlands

Ruth Anderson
4,0 van 5 sterren Action-packed intro to Kendig's writing!
21 januari 2017 - Gepubliceerd op Amazon.com
Geverifieerde aankoop
Cole "Tox" Russell and his Special Forces team were sent to Nigeria to fight Boko Haram. But when the US Ambassador contacts them with the news that VIPs have gone missing in country, the team's mission takes a drastic turn. The VIPs in question are none other than the President and First Lady of the United States, who Cole's brother just happens to be running against in a hotly contested election campaign. When the team arrives at the site of the abduction, they discover that a deadly toxin has been unleashed on the villagers, a trail of destruction that follows the terrorists' use of an ancient artifact known as the Mace of Subjugation.

Archaeologist Tzivia Khalon knows all about the mace's bloody history, but she's more concerned with assisting her mentor in getting the artifact safely loaned to Syria for the swearing-in of the new president -- and safely returned to their university. When the weapon (and her mentor) go missing, Tzivia finds herself drawn into Tox's investigation as her antiquities expertise makes her a valuable asset as Tox's team faces a foe that believes in the legendary powers of the priceless artifact. Everything Tzivia and Tox thought they knew is called into question as the mace's influence ripples through their mission to save a president -- a mission rapidly spiralling out of control.

The Warrior's Seal is my first introduction to Ronie Kendig's writing (yes, finally!). I've long been familiar with her work as I've heard friends rave about her fast-paced novels, but my gigantic to-be-read pile always got in the way -- until her first release through one of my favorite publishing houses downloaded to my Kindle. I expected action and suspense, and on that score Kendig delivers in spades. But what I didn't expect was the historical/supernatural twist with the introduction of the mace and its impact on current geo-political events. The thirteenth-century prologue starring Tox's Templar Knight predecessor felt forced -- while an interesting concept the Crusades-era action felt rushed and detached when compared to the meticulously constructed Special Forces operation play-by-plays to come.

While some may find the combination of heart-stopping action with a dash of the supernatural to strain credulity, I have high hopes that in a full-length novel the blending of these two disparate genres will come to feel even more seamless. This is a thoroughly entertaining introduction to Kendig's writing and one of the better series intro novellas that I've read, featuring well-developed characters, high-stakes action, and a series set up that calls to mind 24 in its heyday. I cannot wait to see how Kendig develops Tox and his team, and particularly how Tzivia's archaeological endeavors are woven into the narrative. This is an entertaining way to lose an hour or two, and as the novella is free on most e-book platforms, the risk is little while the payoff of being introduced to one who promises to fast become a favorite suspense author is priceless.
Meer lezen
Een iemand vond dit nuttig
Vertaal recensie in het Nederlands

Yvette - Bookworlder
5,0 van 5 sterren Action Packed prequel novella
31 december 2016 - Gepubliceerd op Amazon.com
Geverifieerde aankoop
If you like action, adventure, contemporary military, ancient curses, a bit of archeology and a dash of romantic potential - jackpot! Ronie Kendig has managed to pack all of this into one small prequel novella, introducing the characters and situations for her new Tox Files series. Oh, boy, is this gonna be a good one.

The novella is action packed and might just need a reread before actually starting the first book, Conspiracy of Silence, to ensure that everything is fresh and clear in my mind. The author has thrown a lot at the reader in terms of the characters, politics, etc. with a plot that revolves around Templars and an ancient mace with mythical powers of destruction.

You will start to like certain characters and dislike others, but be warned, not everyone will make it out of this novella alive.