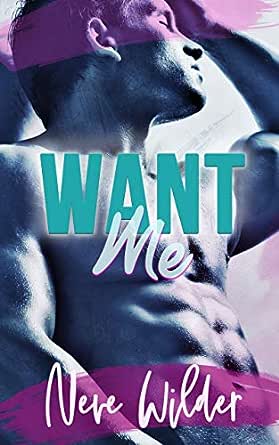 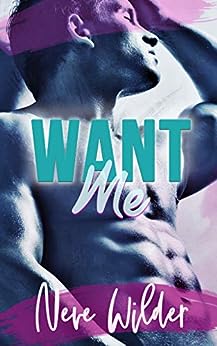 Nate:
Living with four other guys, it's bound to happen.
Every guy's been caught taking care of business at least once, right?
It shouldn't be a big deal.

But I don't know Eric as well as my other roommates, and things are a little awkward now.
He's a loner. A mystery. Quietly confident. Smart.
Sexy as hell.

I've been happily subsisting on the typical frat guy diet of booze and sorority girls.
But the way Eric looked at me that night?
There was something there.
Something that's got me curious.
Something that's stirring up feelings I thought I'd left behind for good.

Something that's making me think I'm not as straight as I thought I was.

So when he offers to help me study for a midterm, I take him up on it.

There's no way I could've known what it'd start...

This is a steamy standalone new adult/college mm romance with HEA that unfolds across six "episodes" following Nate and Eric. Now bundled up in one collection with a bonus episode for a seamless reading experience. 87,000 words.

MMD
5,0 van 5 sterren Sexiest book I've read all year
8 mei 2019 - Gepubliceerd op Amazon.com
Geverifieerde aankoop
Oh my god...this book. I initially read the first five chapters in Neve's newsletter installments, which could only be described as the GREATEST EDGING OF ALL TIME. Now pulled together as a whole book, this new release is so hot it could easily incinerate any e-reader. There are a lot...I mean, A LOT of sexy times here. But there are a lot of feels that rise to the surface with all that steam, too.

If you're looking for a seductive and intoxicating read with an actual plot and characters you can root for, you will love Nate and Eric's journey. Just don't read this in public unless you've got one hell of a poker face.
Meer lezen
8 mensen vonden dit nuttig
Vertaal recensie in het Nederlands

DTM
5,0 van 5 sterren Excellent, steamy, NA, BI-GFY read!!
8 mei 2019 - Gepubliceerd op Amazon.com
Geverifieerde aankoop
What started out as a free monthly serial, has now turned in to a book...Let me add, it is 275 pages of VERY hot, steamy, sexy, sweet, NA, BI-GFY words!! LOL. I am a big fan of Ms. Wilder's mature, fluid, writing style and her ability to bring out a myriad of emotions from me regardless of her trope of choice. Be it the beautifully written, heart aching, angsty Center of Gravity or the friends to lovers, slow burn, organic love story of 2 sexy musicians in Dedicated, she has quickly become an auto buy for me!!
Meer lezen
5 mensen vonden dit nuttig
Vertaal recensie in het Nederlands

V. Ramirez
2,0 van 5 sterren It Was Meh
18 mei 2019 - Gepubliceerd op Amazon.com
Geverifieerde aankoop
Its an ok premise, but the story drags. I feel like they are caricatures, not characters. It is in desperate need of an edit.
Meer lezen
7 mensen vonden dit nuttig
Vertaal recensie in het Nederlands

Anne Shure
5,0 van 5 sterren Steamy coming-of-age story that packs an emotional punch
9 mei 2019 - Gepubliceerd op Amazon.com
Geverifieerde aankoop
As a subscriber to this author’s newsletter, I’ve had the pleasure of downloading and devouring this book in installments, so when I heard it was coming out in book form, I was thrilled. Plus there’s a seventh installment included here, which was the icing on my binge-rereading cake. Nate and Eric are compelling and combustible, and their relationship complicated, until they both figure out that it’s pretty simple. And while the sexy times are abundant and always hot, it’s the quiet, contemplative times between them that make this book shine so brightly. My only complaint is that it’s all in Nate’s first-person point of view, so we don’t get Eric’s thoughts. Thankfully, he’s pretty verbal, but it would have been nice if the last episode, which was written for this compilation, had been in Eric’s voice. I certainly wouldn’t object to a sequel from his POV!
Meer lezen
3 mensen vonden dit nuttig
Vertaal recensie in het Nederlands

Carra at Making it Happen blog
5,0 van 5 sterren 4.5 stars for the insanely hot and sexy Want Me!
24 mei 2019 - Gepubliceerd op Amazon.com
Geverifieerde aankoop
Have you ever read a book and said, “Well that one just made me adjust my heat scale!”? Yup, that’s Want Me in a nutshell. I mean, damn. Just, damn. I don’t normally find college/new adult romances that are this hot while still telling a REALLY good story, but that’s exactly what this one does. Plot, characters with depth, a massively molten heat level, and while we’re at it, let’s throw in a one of those main characters discovering his sexuality, coming out, and undertaking a whole lot of experimentation and exploration.

Nate is our guy who is finding out about himself—he’s a good all-around character and easy to like. Eric is the one taking Nate on his voyage of discovery after a bit of awkwardness at the very beginning. Some sizzling hot awkwardness that is the catalyst to the start of everything between them. Even before they’re trying these two are off the scale. Both intelligent, both good guys, and as we soon find out…both are pretty naughty. And Eric doesn’t slowly work Nate up to that either.

While it might seem that everything about their relationship is just sex, that’s really not the case. There’s a story behind it, and while yes you’re going to find plenty of page time devoted to the two of them getting physical, there are serious things happening as well. Because remember—Nate is supposedly your typical frat guy jock-type. So there’s a lot going on in his own head, there’s his family, there’s his fraternity brothers, there’s Nate and Eric’s roommates. All areas where things need to be worked out.

The sex? Jesus. Eric sure as hell knows what he’s doing—and he knows how to stretch it out as well. And balance on the edge. And take some risks. All to Nate’s frustration and extreme pleasure. Given the amount of naughty play you’ll encounter while reading this story, you may think it gets to the point where it’s gratuitous, and maybe it might be for some. But one of the things those scenes contribute to is the intensity between Nate and Eric, not just physically but in the overall building of their relationship.