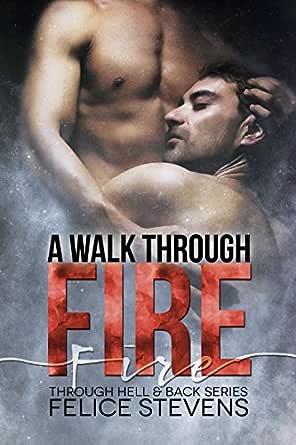 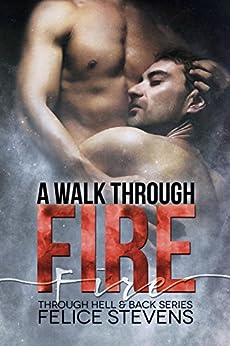 Years after running away from an abusive foster family, Asher Davis still struggles with the guilt of leaving his foster brothers behind. He’s climbed to unimaginable heights as a ruthless, high-powered attorney, creating a life of power and control and takes whatever and whomever he wants.

Blaming himself for the death of his parents, Dr. Drew Klein retreats into a shell of loneliness, merely going through the motions of life. After a disastrous, short-lived marriage, Drew leaves his lucrative medical practice to set up a clinic for abused young men and women. The decision has more repercussions than Drew could ever imagine when the dark and sensual Ash Davis volunteers to help.

Although Drew isn’t gay, Ash is inexplicably drawn to him. He vows to simply bed him and forget him like he's done with every other man. However, Drew's sweet and caring nature and unexpected passion both stun and frighten Ash, who questions his right to any happiness at all. And when Ash befriends an abused young man who unwittingly draws the clinic into danger, threatening Drew’s safety and that of his beloved grandmother, Ash discovers that there is nothing he won’t sacrifice to protect the love he never thought he’d find.
A Walk Through Fire is an Enemies to Lovers Gay Contemporary Romance with a Happily Ever After. If you love broken alpha males with a heart of gold, you'll love Ash and Drew's story.
This is a re-edited version of the original book published in 2014. Over 12,000 words of new content have been added
click to open popover

gruvermom
4,0 van 5 sterren 3.5-3.75 stars *spoilers*
10 januari 2017 - Gepubliceerd op Amazon.com
Geverifieerde aankoop
Hmmm... not sure how to rate this book. I bought it without reading the blurb/synopsis because it was a 'new rerelease' by an author I had read before.
This book had lots of angst (not a huge fan of angst) and the story is kind of deep. I had several issues with the story (not the writing, that was fabulous). Most of my issues involved secondary characters.

-I didn't like Jordan's harsh feelings towards Ash.
-I didn't understand how Stevie's Foster parents didn't ask or wonder what was happening to him. I mean, if they were such great people, why didn't they wonder why he kept coming home with bruises?
-I was hoping that we would get the Luke & Brandon storyline but maybe that will be in another book?
-The event towards the end of the book made me very sad and while I understand that it leads in to book 2, I can't help but wish it had ended differently.
-I have also never been a fan of cutting and that really disturbed me.

While I was interested in Drew & Ash's relationship, I was more interested in the secondary characters than I was in Drew or Ash as people (does that make sense?)
I didn't love this book as much as I loved Rescued but it was decent and I am interested in reading book 2 to find out what happens to Jordan

Standalone or series... part 1 n a series can be read as a stand alone

Did it give me a hangover... slight

Would I recommend it... yes

Would I read it again... yes

It was like the author had a spreadsheet full with bullet points of what the MC's had to talk about, which is fine. Every author should have a plan. That's not the problem.
But between those talking points there wasn't any transition. Sometimes they jumped from topic to topic.
It felt forced and very fabricated to me.

There were so many time skips. Days/weeks/months missing. And not just that, but there were these little scenes, for example they were at the office one minute, and two sentences later they were already home. Like it actually took one minute to get home? Really? Ever heard of traffic?
Or for Ash it took only one short paragraph to take a shower and he was already back in the bedroom, gazing at Drew.

Also in one chapter the author stated that Keith could die any day on the job (he's a police officer), and guess what, in the next chapter he did die.
Or when Ash and Drew were talking the first time about Ash needing to find his brothers, and look at that, isn't that the investigator calling just then. What a coincidence.
These scenes were like little premonitions. Why did I had to be warned so blatantly what’s gonna happen?

I loved the concept of this book. GFY and hurt/comfort is my vice.
But this story was messy.
The characters weren’t very likable to me either.
Ash and Drew where so hot and cold with each other, which usually works for me, but they changed their minds constantly, and sometimes in the span of an hour. It was annoying.

The gunfight scene at the end was ridiculously done. What grown-ass man goes after two "kids" (we don’t actually know how old they are, in this regard it would have been important to state that, but I think they were 18), after they harassed his grandma, and busted the window on his house with a brick. What the hell he thought he could achieve by confronting them?
And I know there are neighborhoods, where kids could be thugs, with guns, all macho-like, but it just wasn’t believable for me. :(

Introducing a very likeable secondary character, even if he doesn’t have a big role and then killing him, is a very wrong move in my opinion.
And yes when Keith died, I teared up, but at Jordan’s breakdown I rolled my eyes so hard, that was a wee bit too theatrical for me.

All in all I wanted to give it 3 stars, but seeing all the negatives written down now, I can only give 2. There was very little I liked about this book.
Meer lezen
2 mensen vonden dit nuttig
Vertaal recensie in het Nederlands

Michele Blake
2,0 van 5 sterren 2.5, maybe 3 stars was the most I could give
7 september 2018 - Gepubliceerd op Amazon.com
Geverifieerde aankoop
I was reading other reviews, and I identified with one specifically that thought it was messy and all over the place. This was exactly how I felt during the whole book. I kept fighting for this not to be a DNF. I just felt NO chemistry at all between these characters, not even during intimate scenes. It felt forced all of the time. The scenes jumped all over the place and transition was mostly not included. I did decide to finish and and although it was the audiobook version and not just the kindle edition, I can't say the narration gave anymore interest to the story. Cale Williams is a good narrator and I do like his work, so I'm sure he did the best with what he had to work with. Ash's voice bugged me the most when he had his "southern draw". It reminded me as a bad Elvis impersonator. Regardless, I am so interest in the brother's, so I'm going to keep trying and hope the series gets better with the next book.
Meer lezen
Een iemand vond dit nuttig
Vertaal recensie in het Nederlands

Bo
5,0 van 5 sterren Three For the Money
28 oktober 2015 - Gepubliceerd op Amazon.com
Geverifieerde aankoop
Once again, rather than tackle each book in this series individually, I am lumping them all together in one review. Why?

This series must be read in order. It would help tremendously if you did not read the blurbs for the second and third books in the series before you finish "A Walk Through Fire." That's because Ash and Drew are completely unique characters whose back stories are just as important to "After the Fire" and "Embrace the Fire" as they are to the first walk they, and all the absolutely terrific characters who permeate this one and the other two, embark upon.

On the surface, these books present cultural and personal clashes between and amongst the character sets. There are the nice Jewish boys from New York and the country-boys-come-to-New York; the loving grandmother and the to-be-loathed foster father. The openly gay and the suddenly gay-for-you.