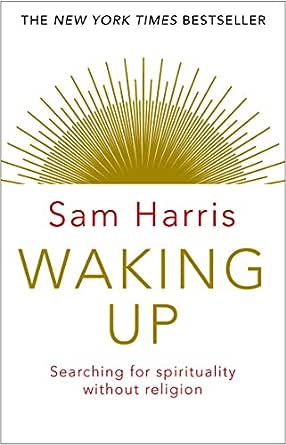 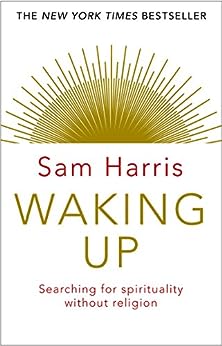 Waking Up: Searching for Spirituality Without Religion (English Edition) Kindle-editie

For the millions of people who want spirituality without religion, Sam Harris’s new book is a guide to meditation as a rational spiritual practice informed by neuroscience and psychology.

Throughout the book, Harris argues that there are important truths to be found in the experience of contemplatives such as Jesus, Buddha and other saints and sages of history—and, therefore, that there is more to understanding reality than science and secular culture generally allow.

Waking Up is part seeker’s memoir and part exploration of the scientific underpinnings of spirituality. No other book marries contemplative wisdom and modern science in this way, and no author other than Sam Harris—a scientist, philosopher, and famous sceptic—could write it.

deepmoon
5,0 van 5 sterren What a refreshing Buddhist Perspective without all the Dogma & celebrity worship of Buddha
13 april 2016 - Gepubliceerd op Amazon.com
Geverifieerde aankoop
What a great book. I was born and grew up in Theravada Buddhist family. Even as a teenager I saw the value in the 4 Noble truths. But I couldn't quite come to grips with the idea of Reincarnation & the Law of Karma. That sounded like a " Celestial Accounting System that worked on Auto Pilot". To me that seems as nonsensical as the "Old Man in the Sky" offered by Abrahamic religions.

Especially when as a young Buddhist one of the first things I remember learning is Buddha's admonishment to "Never believe in Dogma. But to sift all teachings(including his) through your own experiential filter. Then if it it still seems valid to try it on". When you just take that teaching into heart and try on the concepts Karma & Reincarnation; it makes the 8 fold noble path a moot point.

But Sam Harris brings a new perspective. Damn You Sam Harris! your arguments takes away my excuses for staying away from the meditation cushion.
It is a pretty dense subject matter. With a chapter on Consciousness and another one on Self. While some of it was new and interesting, other ideas might take 2nd or 3rd reading to get through my thick skull.

I think every Buddhist should read and consider what is laid out here. I highly recommend to anyone who has a intellectual curiosity about spirituality. Yet from my experience I know that only few of the most ardently spiritual would dare to tackle it. Between Sam Harris and Stephen Batchelor's writing they extend the Buddhas admonishment for experiential learning by applying 21st century rationality to the inquiry. These two writers and their writing gives a good intellectual foundation to wade into spirituality with healthy dose of 21st century agnosticism.
Meer lezen
201 mensen vonden dit nuttig
Vertaal recensie in het Nederlands

Randolph Eck
4,0 van 5 sterren An Interesting Discussion of Spirituality
6 oktober 2017 - Gepubliceerd op Amazon.com
Geverifieerde aankoop
I normally am not a person having much interest in things of a spiritual nature, but I decided to read this book on the recommendation of a friend. Actually, as I learned, spirituality does not have to have anything to do with religion. You can have a “spiritual experience” without any religious overtones. In fact, the word spirit comes from a Latin word which is a translation of a Greek word that means “breath.” It was around the thirteenth century that the term became entangled with beliefs about immaterial souls, the supernatural, and ghosts. We note that Christians, Muslims, Hindus and others can experience something spiritual in regards to their religions. The author indicates that because their beliefs are incompatible with one another, the spiritual component must emanate from a deeper principle.

According to the author, this book is “an introduction to the brain, a manual of contemplative instruction, and a philosophical unraveling of what most people consider to be the center of their inner lives: the feeling of self we call “I.” There is a deeper principle at work – that the feeling of “I” or “self” is an illusion. The author uses his personal experience to help readers see the nature of their own minds in a new light. We are shown that a rational approach to spirituality seems to be what’s missing from secularism and the lives of most people. The author has spent considerable time seeking experiences of the kind that gave rise to the world’s religions. For example, he notes that he spent two years on a silent retreat in increments of one week to two months practicing different types of meditation for up to eighteen hours per day. That’s determination!

We are introduced to a concept called mindfulness. Facilitating this state may involve a technique called vipassana (meaning insight), or consolation of the Satipatthana Sutta (an empirical guide to freeing the mind from suffering). No worry, we are provided with some instructions from the author on how to meditate properly. In life, we grasp at transitory pleasures, we worry about the future – life is stressful. The “spiritual life” promoted by the author is a solution to bringing this stress to an end. He starts by investigating the nature of consciousness and shows us that by transforming its contents through deliberate training we can achieve the basis of spiritual life.

We our next introduced to a more detailed discussion of “self.” He tries to convince us that this sense of self is just an illusion and that spirituality consists of realizing this moment to moment. He supports this notion by showing that nothing a Christian, Muslim, or Hindu can experience constitutes evidence in support of their belief whether it be ecstasy, bliss, inner-light, or whatever. It is because their beliefs are logically incompatible with one another. In the book, we see that the illusion of the self can be investigated and dispelled. Harris shows how he reached his conclusion through much meditative practice with various “gurus,” and Dzogchen masters. More support for his views comes from a discussion of near-death experiences and drug use.

The author concludes: “Until we can talk about spirituality in rational terms – acknowledging the validity of self-transcendence – our world will remain shattered by dogmatism. This book has been my attempt to begin such a conversation.”
Meer lezen
40 mensen vonden dit nuttig
Vertaal recensie in het Nederlands

Nejy
5,0 van 5 sterren Sam Harris Poses & Answers The Hard, Deep Questions
8 maart 2018 - Gepubliceerd op Amazon.com
Geverifieerde aankoop
Here's one of the many examples that Sam Harris uses throughout this book regarding consciousness: Suppose you're going to Mars via a teleport machine. Many of your friends have already done this safely and are already on Mars. But what the creator of this teleport machine doesn't tell you is your whole being down to every last atom is copied and reconstructed on Mars. The "copy" has all your memories, your appearance, etc, and is essentially you. Then your body on Earth is vaporized painlessly in a split second. To ensure safety, the reconstruction must be finished before vaporization. This poses a few interesting points about consciousness. Because reconstruction must be finished first, does that mean there are two conscious people that are considered you? If you can be reconstructed by a machine, what does this say about consciousness? Is conscious defined by physical continuity or physiological continuity, as with the teleport machine? If you knew how this teleport machine actually worked, would you still do it?

All these questions and more are posed to the reader, than Sam Harris explains his views on it via science and logic. I found his arguments sound and in my opinion hard to argue against. Sam Harris is a neurosurgeon and a non-religious spiritual teacher, so he has plenty of experiences to answer these deep questions.

I cannot recommend this book enough. I also suggest listening to his podcast "Waking Up".
Meer lezen