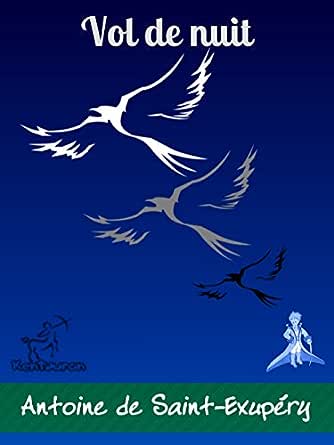 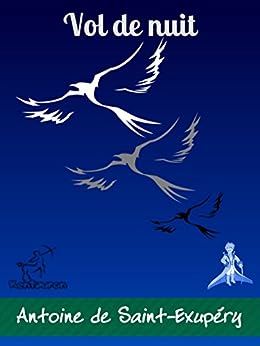 John P. Jones III
5,0 van 5 sterren The price of “par avion”…
2 november 2019 - Gepubliceerd op Amazon.com
Geverifieerde aankoop
Il etait une fois… once upon a time, there were special extra-thin airmail envelopes, clearly designated with a “par avion.” Long before e-mail, even before the Internet, when it was important for the (handwritten in cursive, imagine that?) word to get their faster, internationally, than a ship could take it.

Antoine de Saint-Exupéry is widely admired in France as a man of action, and a man of letters. The airport – rail complex at Lyons is now named after him. His reputation in the English-speaking world is also respectable, largely due to his childhood classic “The Little Prince”. He gained a sizable following among adult readers for another classic, “Wind, Sand, and Stars,” which I read in English translation. I’ve also read and reviewed “Flight to Arras,” also in English. I’ve read, in French, a very brief biography of him by a fellow pilot and writer, Jules Roy, who had briefly met him several times in Algeria.

The push to obtain another Saint-Exupéry “fix” came about six weeks ago, when I watched a so-so movie, entitled “The Sweet Escape,” about a not-so-man-of-action and his “mid-life crisis.” “Vol de Nuit” (Night Flight) was the one book he carried with him on his (very short) kayak trip.

The novel is set in Argentina, in 1930. The first airplane in the country arrived in 1910. Within two decades, the impetus of faster mail delivery was the driving force behind “night flights.” The French had expanded air mail deliver, first to Morocco, then on to Senegal. One year it was decided to “jump” the Atlantic, and fly on to Buenos Aires. In 1930, a version of “hub and spoke” was operative. Three planes would be scheduled to arrive in Buenos Aires about the same time, one each from Paraguay, Chile, and deep in Patagonia. The mail would be off-loaded to the plane bound for Europe. Greater efficiencies were sought… a version of “one-day Prime.”

Since much of navigation was visual, planes only flew in the daytime. Riviere, the grizzled Director of the mail service introduced the concept of flying one hour before dawn and one hour after sunset. The next “best thing” was full flights at night, long before GPS, long before radio-beacons. Mainly, the pilots flew using visual references, relying on the lights of the towns. Whew! It works, unless one is “socked in” by a storm… and then one must fly around it, or land, unless one cannot. And that is what chapter 12 is all about.

Saint-Exupéry did this for a living, this “flying by the seat of your pants.” He knows the story well, the old radium dials, the static of radio transmissions, bursting through the clouds and being dazzled by the stars. And he knows what the silence is like when there is only silence from all conceivable landing strips when it is 30 minutes after the furthest possibility for fuel consumption. Fabien was the pilot coming up from Patagonia, pushing the limits, “because it is there,” the oft-excuse for taking the risks of mountain-climbing, when he ran into the “cyclone,” a storm so vast it was impossible to fly around or over. His wife of six weeks would meet with Riviere, and she knew what that 30 minutes meant. “Fabien has disappeared? They speak little of it. A grand fraternity that dispenses of the phrases.”

Saint-Exupéry was there, almost at the beginning, when prop-planes maxed out at 240 km an hour. And they shook a lot, and he describes it so well. He obviously could not write about his own demise, in the Med, a decade and a half later, off-course, for a seasoned pilot, giving rise to the unanswerable speculation that the “lady’s man” was bound for an assignation in Sardinia. Another version of “going out with one’s boots on.” 5-stars, plus, for a long-before the middle-seat blues description of air travel.

Laura
5,0 van 5 sterren Adventure
29 oktober 2017 - Gepubliceerd op Amazon.com
Geverifieerde aankoop
Very good if you like adventures you can fill the emotion and how he transport in this book. Recommend this book
Meer lezen
Vertaal recensie in het Nederlands