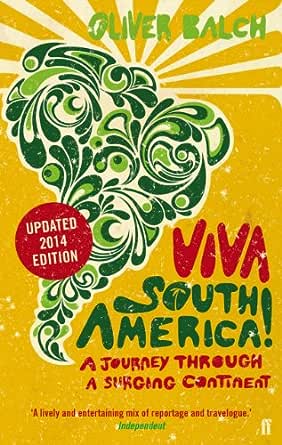 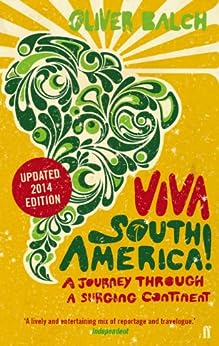 Simón Bolívar once inspired a continent to rise from serfdom and throw off the shackles of Spanish rule. Viva South America! sets out to discover if the dream of Simón Bolívar - for independence, freedom and equality - lives on in modern South America.

Armed with a reporter's notebook and an open mind, Oliver Balch hits the road in search of answers. With the ghost of Simón Bolívar as guide, the quest takes the reader off the tourist trail and into the weird and wonderful worlds of South American culture and society. By stepping into people's homes and into inmates' prison cells, by climbing onto dance floors and over road blocks, Oliver Balch unearths untold stories from the front line of South America's contemporary fight for freedom.

Oliver Balch is a UK freelance journalist, whose work has appeared in a wide range of international publications, including the Guardian, the Financial Times and the Traveller. Viva South America! was shortlisted as 'Book of the Year' at the UK Travel Press Awards and his latest book is the critically acclaimed India Rising: Tales From A Changing Nation.

David A. Schramm
4,0 van 5 sterren Expose Journalist Gone Wild
20 april 2013 - Gepubliceerd op Amazon.com
Geverifieerde aankoop
This was a good read if you want to understand what is politically wrong with the countries in South America. The author desperately sought out everything he could find that revealed how the people of South America were trapped in various kinds of wrongdoing. It is probably all true, and gave good insight about grassroots life in these countries. But, my experience is that the majority of people aren't suffering as much as this book implies.
Meer lezen
2 mensen vonden dit nuttig
Vertaal recensie in het Nederlands

Marcello A. M. Galvao
5,0 van 5 sterren Unfortunatelly, Bolivar would cry
10 maart 2010 - Gepubliceerd op Amazon.com
Geverifieerde aankoop
Very interesting reading, especially for after you've visited south american countries by yourself. The author goes deeper on those subjects you probably noticed as a tourist but didn't quite understand. I found it very interesting comparing the freedom dream to how the countries are right now, by presenting the not so bright side of South America, it shows that the aftermath would be a big deception for revolutionaries such as Bolivar and Che Guevara. It's not a simple travelogue, but a concise (very unbiased in my opinion) reporting of what the author saw with a social/political point of view.
Meer lezen
3 mensen vonden dit nuttig
Vertaal recensie in het Nederlands

Brian Maitland
1,0 van 5 sterren more viva needed in the author's writing
19 november 2014 - Gepubliceerd op Amazon.com
This looked to be totally right up my alley as the author wings his way around most of South America focusing in on mainly modern-day social issues with one foot looking at the Bolivarian past of the area's independence struggles and how these shape the attitudes of today.

Sadly, I grew bored very quickly. I found the writing lacked any sense of humor or wonderment. It was plain dull. I'm sorry, but given I've read better on the region, this was a huge disappointment. Maybe the author's style just isn't for me because the topics sure were.