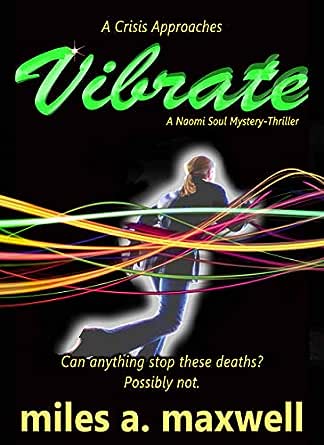 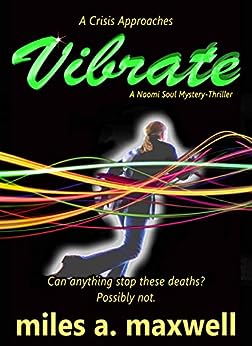 The Most Important Book You'll Ever Read

In 2005 Stephen Harrod Buhner released his ground-breaking medical herbology treatment Healing Lyme. That year, the Center for Disease Control (CDC) in Atlanta recognized an infection rate of only 20,000 new cases of Lyme disease in the U.S. per year. Harvard researchers disagreed, claiming the disease was vastly under-reported.

Ten years later, in 2015, Buhner released his 2nd Edition of Healing Lyme, expanded to include Chlamydia and other related diseases. By that year the CDC had revised its original Lyme figure upward by a factor of more than ten, to 300,000 new cases in the U.S. yearly (1 in 1000 Americans are now being infected each year). Researchers claim these diseases are still under-reported, that the number of new infections each year in the U.S. is already more than 1 million.

By 2025 these spirochetes will be infecting 1 in 100 people yearly, and by 2035, 1 in 10 — that is, 30 million people a year in the United States alone. Europe is in the same situation. Aches and pains, skin eruptions, gastroenteritis, tinnitus, brain fog, fibromyalgia, blindness, crippling rheumatoid arthritis, and many common supposedly incurable diseases are now being found to be caused by these organisms, no longer restricted to tick-borne transmission, but spread also by mosquitoes and biting flies, sexually between humans, or by petting one’s cat or dog.

Economist Martin Armstrong predicts the world’s economy will crash in 2032. Lyme experts have missed one major factor. These spirochete diseases like Lyme and Chlamydia have begun using the increasing magnetic radiation from our computers, televisions, and cell phones to grow faster. The higher frequencies at which these devices now operate depress human immune response, allowing these diseases to spread through the body more rapidly. People are finding their once minor symptoms are exacerbated by extended computer and television use, resulting, for example, in severe acne eruptions or a rush to the bathroom. Increased blood pressure has been documented after extensive computer use. When people are unable to work because they can’t safely use their devices, millions will starve.

Is there anything that can be done to reverse this growing disaster? Possibly not.

Chlamydia and Lyme are routinely undiagnosed by doctors who, because accurate tests for these diseases’ many serotypes do not yet exist, tell patients their symptoms are all in their heads.

Antibiotics are worse than useless. Under antibiotic treatment these stealth pathogens go dormant, then, when antibiotic therapy ceases, re-awaken to spread through the body again. Herbs and electronic technologies often succeed where antibiotics fail, so there is a cure. But as Miles A. Maxwell shows, people don’t merely enjoy using their electronic devices, they need them. To work. To live. Lengthening the time to cure. In Vibrate, even murder may not dissuade us from this path of self-destruction.

Maxwell’s story begins with an unusual death, and a light-hearted birthday celebration which rapidly becomes a full-blown murder investigation led by private investigator Naomi Soul and her associate Chloe Brown. Finally, an astonishing truth is revealed. In hot pursuit, Naomi fights to take the killers down, followed by an unprecedented court case.

Movie zombies and terminators pale in comparison with this emerging true-life public disaster. The numbers prove what is happening, the behavior of the organisms and those of their human hosts have set a pattern, a dance toward a new dominant species on the planet.

Maxwell’s groundbreaking novel Vibrate explores the beginning of that end, and what we might or might not do to change the future. If you read one book this year, make it this one.

Joseph DiFede
5,0 van 5 sterren MUST READ!
17 december 2019 - Gepubliceerd op Amazon.com
Geverifieerde aankoop
I’ll start by saying that it has been a long time since I have been this impressed with an author. I have now read every one of Miles A Maxwell’s books, with Vibrate being the very last. I may have saved the very best for last, which is a profound statement since I LOVED each of his books. Like every one of his books, Vibrate grabs you by the seat of your pants from the very first page to the last and doesn’t let go! I actually get annoyed when it is so late that I have to stop reading and go to bed. Vibrate is the perfect blend of fiction, science and technology, with much truth regarding the science of magnetic radiation and Lyme disease. Though a work of fiction, there is much truth to the science. This is a must read!
Meer lezen
Vertaal recensie in het Nederlands

NanaMother
5,0 van 5 sterren Mesmerizing story. I couldn't put it down!
13 december 2019 - Gepubliceerd op Amazon.com
Geverifieerde aankoop
Maxwell has earned his place of honor on my favorite authors list! Not only is he a master of wordcrafting, he selects timely and fascinating topics and presents them with incredible creativity. This particular topic is important for everyone to know about. He educates his readers while entertaining them, not an easy task if you do it well. Highly recommend this book.
Meer lezen
Vertaal recensie in het Nederlands