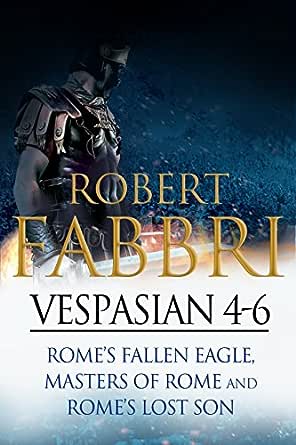 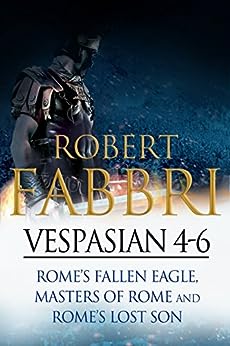 Rome's Fallen Eagle
Rome, AD 41: Caligula has been assassinated and the Praetorian Guard have proclaimed Claudius Emperor - but his position is precarious. His three freedmen, Narcissus, Pallas and Callistus, must find a way to manufacture a quick victory for Claudius - but how? Pallas has the answer: retrieve the Eagle of the Seventeenth, lost in Germania nearly 40 years before. Who but Vespasian could lead a dangerous mission into the gloomy forests of Germania?

Masters of Rome
Rome, AD 51: After eight years of resistance Vespasian captures Rome's greatest enemy, the British warrior Caratacus. But even Vespasian's victory cannot remove him from politics. Emperor Claudius is a drunken fool, his wife Agrippina rules in his absence and Narcissus and Pallas, his freedmen, are battling for control of his throne. Separately, they decide to send Vespasian east to Armenia to defend Rome's interests. In Armenia, Vespasian is captured. Immured in the oldest city on earth, how can he escape? And is a Rome ruled by Agrippina any safer than a prison cell?

Rome's Lost Son
Britannia, 45 AD: Vespasian's brother is captured by druids, who want to offer a potent sacrifice to their gods - not just one Roman Legate, but two. They know that Vespasian will come after his brother and they plan to sacrifice the siblings on Midsummer's Day. Meanwhile in Rome, Claudius' three freedmen remain at the focus of power. As Messalina's time as Empress comes to a bloody end, the three freedmen each back a different mistress. Who will be victorious? And at what price for Vespasian?