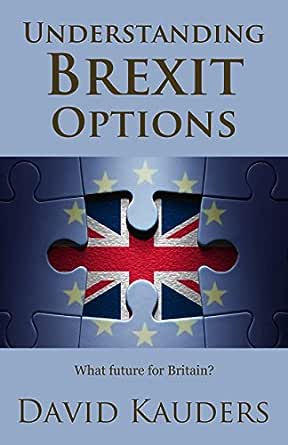 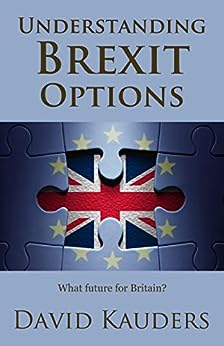 The crucial decision the British government has taken will have enormous consequences for our children, grandchildren and all future generations.

This book clearly describes the different options available, their impact on the UK economy and on individual Britons resident both in the UK and Europe. It asks how realistic politicians are being about the detrimental effect on trade in both goods and services that will be caused by leaving the single market. What consequences will their decision have for the UK and its unity?

Contents
Introduction
1 Britain’s options
2 The importance of free trade
3 A British view of non-trade factors
4 Britain and Europe
5 The state of Britain
6 What now?
Appendix: Examples of political misconceptions

Reviews
“The need for a reasoned and sensible debate about the impact of Brexit has never been higher, with continued Government obfuscation about what Britain’s exit from the EU will entail. David Kauders’ well-researched book concisely explains the different Brexit options available and details their implications, with the case for Britain’s continued access to the single market shining through. Kauders’ work should be required reading for all those wishing to quickly grasp the consequences of Brexit”
- Lord Bilimoria, Chairman, Cobra Beer Partnership and Cross Bench member of the House of Lords

”With little clarity over what Brexit entails, ‘Understanding Brexit Options’ takes its reader through the options open to the UK in its future relationship with the EU. It helps lift the fog hanging over the toughest decision the UK will have to take in this generation.”
- Tom Brake MP

”... anyone who wants to be better informed … could do no better than to read this clear analysis”
- Lord Taverne