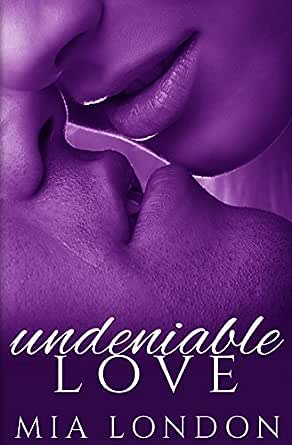 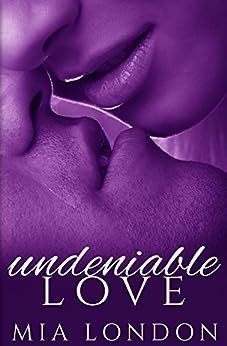 Brandon Morgan knows love isn't in the cards for him. But a chance meeting in Rome with a beautiful American turns his orderly world upside down, and makes him question his beliefs after he spends four of the best days of his life with her. And realizes he's not ready to move on after the interlude is over.

Lily Bennett meets the man of her dreams in a whirlwind romance then watches him leave just as fast. When she suddenly finds herself working for his company, she has to battle the demons of working for the CEO she's falling in love with, seeing other women pine for his affection, and fighting an attraction they both want to pursue.

Do they have what it takes to endure or will their precious time disintegrate with Brandon's drive for success?
click to open popover

ReadingfortheLoveofBooks
4,0 van 5 sterren Love finding a new author to read and enjoy.
6 maart 2018 - Gepubliceerd op Amazon.com
Geverifieerde aankoop
I enjoyed the first book of this 2 part series (Undeniable Fate) I had to buy and read it straight away and I was not disappointed. The book left off shortly after the first one finished with Lily moving to Dallas for a new job and a new boyfriend, who happens to be her boss. The story is about how the two make working together and Brandon’s workaholic past come together for them to both be happy. But a Leopard can never chance his stops and Brandon will battle to keep the woman in his life where he never wanted anyone to be.
Will Lily find her happy ever after or will she lose him to his job?
Thes two books are short but very entertaining to read if you like your romance a bit steamy and heartfelt and I would highly recommend them.
Meer lezen
Vertaal recensie in het Nederlands

Carolyn G. Manuel
5,0 van 5 sterren Romance Continued
6 februari 2019 - Gepubliceerd op Amazon.com
Geverifieerde aankoop
Lily returns from Italy to LA only to be laid off. It takes months to find a job lead that may call for a move to Dallas. Unbeknownst to her, Brandon has moved the company headquarters to Dallas from Miami. Now they migrate have a second chance at romance; will it work? Or will Brandon’s work get in the way? Steamy romance. Recommend.
Meer lezen
Vertaal recensie in het Nederlands

Michelle
5,0 van 5 sterren A must read
27 maart 2018 - Gepubliceerd op Amazon.com
Geverifieerde aankoop
The perfect ending for Brandon and Lily!
You can’t help but become attached to the characters! I can’t wait for the author’s next book! She never disappoints.
Meer lezen
Vertaal recensie in het Nederlands