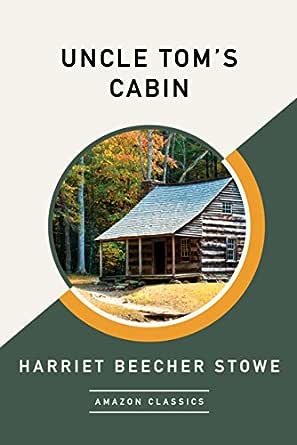 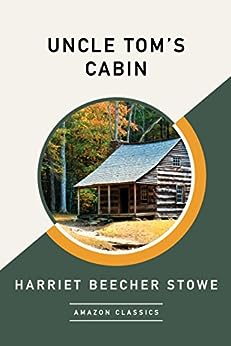 When a Kentucky farmer is forced to sell two slaves to a plantation owner, it becomes a turning point in the lives of both slaves. For Eliza, it’s one of escape—a harrowing flight north with her young son. For Uncle Tom, sent down the Mississippi River, it’s a more certain fate, as he struggles to survive against the brutal exploitation of his traders.

As the single most popular novel of its era, Stowe’s volatile work of protest fiction fueled the abolitionist cause in the 1850s. The book personalized the plight of slavery in a way that political speeches and newspapers could not. Stowe’s humanistic approach ignited a national argument, one credited by historians as a key contributor to the outbreak of the Civil War.

Annette
1,0 van 5 sterren This book is heavily abridged from the original version! Do not waste your money
28 maart 2018 - Gepubliceerd op Amazon.com
Geverifieerde aankoop
My low score for this book is not for the story itself but designated for this particular version of Uncle Tom's Cabin. I had wanted to read this story for a while now as it is considered a classic, and I like to challenge myself by reading classical novels, so I bought this from Amazon. However, this version is heavily abridged (and not indicated that it is so anywhere on the cover or inside). It seems like it's about half as long as the true, original story written by Harriet Beecher Stowe. After comparing what I have here to what is in the actual full length story, I am not even sure how they can pass this off as Uncle Tom's Cabin. I am sorely disappointed and will not be finishing this book as it is horribly written and not worth the read. Why they needed to come up with this dumbed down version is beyond me.
Meer lezen
131 mensen vonden dit nuttig
Vertaal recensie in het Nederlands

Kindle Customer
4,0 van 5 sterren Sobering still
8 juli 2014 - Gepubliceerd op Amazon.com
Geverifieerde aankoop
I have heard about this book my whole life but never understood what it was about. If, like me you make the assumption that it is a book about a slave that "sells out his own race", which is the definition of Uncle Tom that I gathered by looking at television and hearing the term used, you will surely miss the entire point of this book. Instead, the book is about a slave that is steadfast in his beliefs and principles. A man that holds on to his faith in Jesus. I really don't get the common use of the term after reading this.

Every one should read this book. It can be a hard read as it is a glimpse into a dark period in history.

Danetra King
5,0 van 5 sterren The Hype is Real
15 februari 2016 - Gepubliceerd op Amazon.com
Geverifieerde aankoop
Harriet Beecher Stowe’s, “Uncle Tom’s Cabin” is a book worth reading. Inside the cover of this old time favorite, Stowe easily takes readers inside the minds the slaves, the slave owners, and those with abolitionist-like minds. She skillfully winds you through the different paths of characters and creates a mostly satisfying conclusion. One that does leave a bit of grief, questioning and enlightenment on both the heart and mind.
I would not recommend this book to those who are quickly angered by racial slurs or degradation of any kind. I think one of the most difficult things for readers in the present will be remembering that for the time period of this book, that the language used was part of the culture.
I would recommend this book to anyone who wants to feel enlightened and full of hope, despite the hardship you must follow in order to feel them. Uncle Tom himself is a beacon of true light and he honestly made me want be a better person. This book is smart, real and oddly uplifting. Because of some of the language used, I only recommend this to readers 15 and up.
You will not regret reading this truly heart wrenching and yet, inspiring story.
Meer lezen
90 mensen vonden dit nuttig
Vertaal recensie in het Nederlands

Jennifer Odom
5,0 van 5 sterren Should be required reading for all high school students
20 maart 2018 - Gepubliceerd op Amazon.com
Geverifieerde aankoop
Oh, my goodness. After all these years, while chasing through some research, I finally got around to reading Uncle Tom's Cabin. This fabulous book through its fascinating story examines every facet and argument about slavery. I cannot help but admire the woman Harriet Beecher Stowe as she nails it down as an author. Of course, if one purchases certain modern editions of the book with all the frontal commentary, and takes seriously those jaded words, she could possibly feel discouraged enough to toss the book down. But! Never mind that, and neve rmind the negative hype you may have heard in passing (probably from someone who didn't even read the book). This worthy story is a heart-capturing must-read. My only regret is I didn't read it sooner.
Meer lezen
31 mensen vonden dit nuttig
Vertaal recensie in het Nederlands

Scott Man
5,0 van 5 sterren Exceptional Story Centered on Jesus
1 januari 2018 - Gepubliceerd op Amazon.com
Geverifieerde aankoop
This was a fine example not just of the story of this time. This was a fine encouragement of the power of are Great and Powerful Savior Jesus Christ! This is a story which goes through a number of the struggles of slaves and Masters in the south at a time of great struggle. Central character in the story is Uncle Tom. He is a true saint and follower of Jesus Christ. To me and reading this is that the name of Michael Tom is used in common parlance is a slander two black people who have supposedly given themselves over to the whims of whites. There is nothing about this character Uncle Tom that is not good righteous and perfect. This man is the author's example of Jesus in the flesh. I cried when he died. Saving Grace of Jesus Christ is as important today as it was in 1850 when this book was written. If you don't know Jesus take this book as an encouragement to find out who he is. Time is limited and Eternity is coming! There are only two places that we will all go and I myself I'm looking forward to an eternity with Uncle Tom.
Meer lezen
24 mensen vonden dit nuttig
Vertaal recensie in het Nederlands
Ga naar Amazon.com om alle 3.454 recensies te bekijken 4,5 van 5 sterren
Terug naar boven
Over ons
Verkoop bij ons
We helpen je graag
© 1996-2020, Amazon.com, Inc. en dochterondernemingen