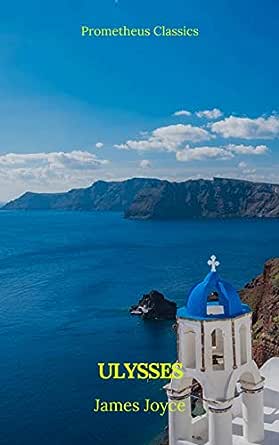 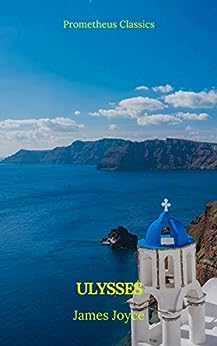 Ulysses is a modernist novel by Irish writer James Joyce. It was first serialised in parts in the American journal The Little Review from March 1918 to December 1920 and then published in its entirety in Paris by Sylvia Beach on 2 February 1922, Joyce's 40th birthday. It is considered to be one of the most important works of modernist literature and has been called "a demonstration and summation of the entire movement". According to Declan Kiberd, "Before Joyce, no writer of fiction had so foregrounded the process of thinking
click to open popover

Amateur Pianist
2,0 van 5 sterren Penguin Modern Classics edition of Ulysses on Kindle
11 mei 2018 - Gepubliceerd op Amazon.com
Geverifieerde aankoop
The rating does not reflect my view of the novel Ulysses, which I love, admire, and have taught (although I am not a Joyce scholar). Nor is it a review of the paper edition of Ulysses issued by Penguin in 1992, with an introduction by Declan Kibberd. It is specifically a review of the Kindle edition purporting to represent the Penguin edition.

Recently I "reread" Ulysses by listening to a recording of the classic RTÉ Radio "dramatised full production" of the novel done in 1982. This is a wonderful way to experience the book, and I recommend it to all. But at points I wanted to follow along, so I purchased a very inexpensive Kindle text of Joyce's published works, "The Ultimate James Joyce Collection." At points I noticed some typos and more serious textual errors, but since I only spent $2 for the set I wasn't bothered. It claimed to be a literal reprint of the original 1922 text, so I knew it would be problematic. That edition was typeset by French printers who did not speak English! But I wondered whether there was a reliable text of the novel on Kindle. When I saw that the Penguin edition was now available in a Kindle edition, I bought it. The Penguin edition is apparently a reprint of the 1960 Bodley Head edition, which together with the 1961 Modern Library edition represent the most accurate corrected versions before the critical Gabler edition. (As far as I can tell, Gabler's text is not available on Kindle.)

I am sorry to say that the digitized version of the Penguin edition is not satisfactory. It is full of the kinds of errors that inevitably seem to come from digitally scanning text; it requires far more careful proofreading than the editors have given it. Ulysses is difficult enough on its own: the novice reader does not need to be struggling with mistakes like the following (just what I noticed from the first two chapters): "die bowl" for "the bowl" (3); "dive Kempthorpe" for "Clive Kempthorpe" (4); "Norn de Dieu" for "Nom de Dieu" (10); "virgmum" for "virgimum" (11); "discreedy" for "discreetly" (11); "Sort day" for "Soft day" (14). None of these errors appears in my Penguin paperback copy. Joyce might have enjoyed "Norn de Dieu" in Finnegan's Wake--it may even appear there--but I don't think it belongs in "Telemachus." So if you are looking for a reasonable Kindle version of Joyce's masterpiece, you should look elsewhere. I read somewhere that the revised Project Gutenberg edition is good. At least with an edition costing a dollar or two, you are getting a bargain, even if it has a few errors. The Penguin Kindle edition is not inexpensive, and it is no bargain. Caveat emptor.

Update: in chapter 3, "Proteus," along with a few minor misprints like those described above, the Kindle/Penguin has Stephen ask "Where is poor dear Arms to try conclusions?" Instead of "Arms" the text should read "Arius," the "illstarred heresiarch" whom Stephen thinks about for the rest of the paragraph. As it is, the text makes no sense at all, and even an experienced reader struggling with this difficult early chapter will lose the thread of thought Joyce is working very hard to convey.

VA Duck
4,0 van 5 sterren On Deck?
19 januari 2017 - Gepubliceerd op Amazon.com
“Ulysses”: the literary reader’s favorite and the casual reader’s frustration. It is a difficult book to read - if the experts are right, the difficulty is worth it. Nonetheless, it remains difficult, and for that, any judgment based on the usual “good story - well told” criterion will be less than fair to this masterpiece.

My first attempt ended 43 years ago on page 38 (the bookmark was still there.) But the book can’t be ignored it is on nearly every ‘100 greatest books’ ever written list: there are many 'bests' lists and “Ulysses” is usually in the leadoff, or #2 spot - that doesn’t happen by ‘chance’!

The difficulty with this read is that the reader is often simply ‘listening’ to the protagonists thoughts presented in stream-of-consciousness style, while Joyce is constantly ‘playing’ with the language; English, French, Latin even Italian, and he plays with the characters and other authors, even his own prior work, and philosophies are explored, and all-the-while the story is an allegory of Homer’s (the Greek, not Simpson) “Odyssey”. And yet… in the back of the mind, you just can’t help but wonder if the myopic little Jimmy J. was just having it on with all of us. In fact, he said himself... "I've put in so many enigmas and puzzles that it will keep the professors busy for centuries arguing over what I meant, and that's the only way of insuring one's immortality." (Joyce's reply to a request for a plan of Ulysses, as quoted in James Joyce (1959) by Richard Ellmann.)

Apropos the game of baseball, for which it has been said, “There’s a whole lot of stuff going on out there” (…which the uninitiated is unable to see). I didn't ‘see’ all that Joyce had to say (yep…uninitiated!) but I saw enough to recognize the enormous importance of this book. If I may modify the definition of 4-stars from “I Like it” to “I Admire it”, then I can make the rating system work for this read. If you are a reader, you will want to read this book someday - but wait until you are ready to concentrate on it: Joyce does not throw batting practice, its all curves, sliders, and cutters and nasty sinkers! If you strike out, it's your own fault, not his.

The storyline is a walk through Dublin on the day of June 16th, 1904 where we follow the separate strolls of Stephen Dedalus, a budding poet and Leopold Bloom, an advertisement salesman, till they meet in the evening, go on a drunk together then separate onto their own paths again. Simple story? Sure, but you’d better pay attention because “there’s a whole lot of stuff going on out there!”
Meer lezen
215 mensen vonden dit nuttig
Vertaal recensie in het Nederlands

Jacob
1,0 van 5 sterren Unacceptable Print Format
8 februari 2019 - Gepubliceerd op Amazon.com
Geverifieerde aankoop
This is not a review of Ulysses itself.

My one star review is for the unreadable paperback version that Amazon is selling, being propped up by reviews of practical and superior prints of the novel. The copy I received was clearly printed on letter paper, end to end. The font size is small enough to create walls of text that fill margin to margin. Chapter dividers are scrapped in favor of new lines within the pages themselves. No pages are devoted to any sort of publisher or contact for who is appropriate for this disaster. A real shame.
Meer lezen

Angel Melendez
1,0 van 5 sterren I would not recommend this copy.
31 december 2017 - Gepubliceerd op Amazon.com
Geverifieerde aankoop
This book is textbook-sized, with the pages each measuring a full 8.5 x 11 inches. It has no preface, no introduction, no explanatory notes, no info about the book or author, it doesn't even have numbered pages. I would not recommend this copy.
Meer lezen
20 mensen vonden dit nuttig
Vertaal recensie in het Nederlands
Ga naar Amazon.com om alle 886 recensies te bekijken 3,4 van 5 sterren
Terug naar boven
Over ons
Verkoop bij ons
We helpen je graag
© 1996-2020, Amazon.com, Inc. en dochterondernemingen