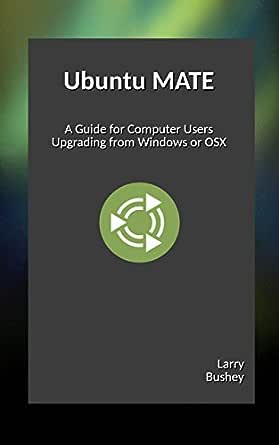 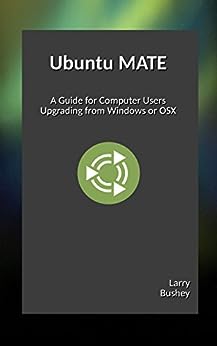 This book provides a detailed discussion of Ubuntu MATE and its major applications. It’s written for users switching from other operating systems to Ubuntu MATE. That doesn’t mean that it’s ONLY for users switching from other operating systems. It’s also meant as a reference for everyone using Ubuntu MATE. However, if you are upgrading from Windows, OSX, or something else, you’ll find that the suggestions we make for personalizing Ubuntu MATE will help you feel right at home with your new software for your computer.

Once you become aware that there is dependable, secure, capable, and modern software to run your computer that rivals all others in popularity and actual use, you will want to try the Linux operating system. Perhaps you've been using a member of the Unix/Linux family - Linux, Android, ChromeOS, BSD or even OSX - for quite a while. If so, you are likely looking for new ways to optimize your technology for the way you work. This guide is for computer users who just want to use Linux to get things done.

After your upgrade, you would like to have a computer with software that is like your previous computer’s software, only better. By “better” we know you mean a modern but familiar user experience design, easy to understand and use, designed with security built-in, and protection from viruses and spyware included. All of that should be included and upgradeable at no additional charge. You want it all to “just work” with minimal or no maintenance – automatic security updates and software upgrades for both the operating system and all of your installed applications. You don’t mind paying for software, but you prefer the “try before you buy” philosophy. We think you’ll find that Ubuntu MATE gives you all of that and more!

It’s true that Ubuntu MATE is great for converts from Windows or OSX, because you can easily customize it to look and behave similarly to the way either of those operating systems work. Not only that, but Ubuntu MATE is an excellent choice for any kind of computer user, from casual home user to professional developer, because of its functionally thought-out design. It’s also capable enough for experienced users because, like almost all Linux distributions (i.e. flavors of Linux), Ubuntu MATE has the power and capabilities of every Linux baked-in.

With that in mind, this guide is written from the perspective that Ubuntu MATE is a typical modern Linux for the average user. Let’s assume that our fictional “average user” is someone who needs to browse the Internet, check email, use a text editor or word processor, and maybe read and store document files. We won’t forget about viewing and editing photos, watching videos, listening to music, and subscribing to podcasts.

Whether you are new to Linux, upgrading from Windows or OSX to Linux, or just thinking about moving to Linux, this guide will provide you with practical, day-to-day advice on how you can use the Ubuntu MATE distribution of Linux and its applications. This guide will help demystify Ubuntu MATE for newcomers and provide a reference for all users of Linux.
click to open popover

Lyle Lastinger
5,0 van 5 sterren Well written. Efficient source for the first Linux plunge.
6 augustus 2017 - Gepubliceerd op Amazon.com
Geverifieerde aankoop
Great book for getting started with Linux. I truly wish it had been available when I began my
Linux journey

s. bee
1,0 van 5 sterren Very little info on using Ubuntu-mate at all
21 december 2018 - Gepubliceerd op Amazon.com
Geverifieerde aankoop
Very disappointing:2/3 of this very thin book are about downloading and installing. You can get that info for for free & in easy to follow video format on you-tube; or in print form via the Ubuntu website.
Meer lezen
Een iemand vond dit nuttig
Vertaal recensie in het Nederlands

Richard Reed
3,0 van 5 sterren Ok good.
22 november 2019 - Gepubliceerd op Amazon.com
Geverifieerde aankoop
Good info, refers to much to outside sources, reads like it was printed from a blog. Still unsuccessful with my ultimate goal, to have an Linux based operating system.
Meer lezen
Vertaal recensie in het Nederlands