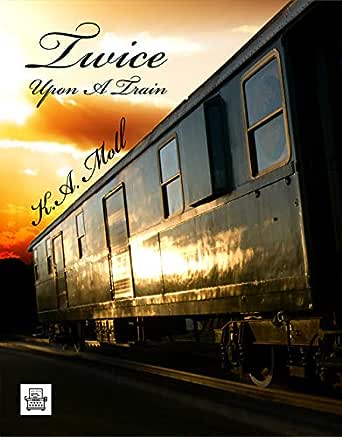 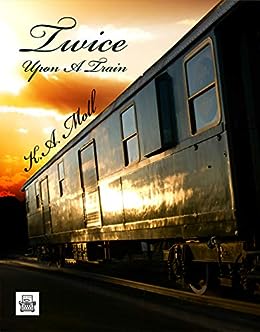 Can you imagine falling for a girl so hard that through the years, with no hope of being reunited, that love remains as strong as ever?

At 40, Dr. Keegan Wade is the Chief of Trauma Surgery, a rising star at NYC General. She’s immersed 24-7 in work that she once loved. No one waits for her at home and she has nothing to offer. Anxiety has her in a chokehold and she’d give anything to sleep more than two consecutive hours. At the urging of a friend, she takes a long overdue vacation, a cross country trip on a restored steam train, in hopes that time away from the pressures of her job will solve her problems.

At 39, Willow Lord is a recent college graduate, a social worker in desperate need of a job. Divorced nine years, she’s lived in poverty, saving coins to buy cat food. Next month, the first payments on her student loans are due. She has no time for a vacation, but when her friend, a friend who won’t take ‘no’ for an answer insists, she sends out resumes and boards The Frisco Express—New York City to California.

As young teens, on a steam train, these two women fell in love. And on a steam train, twenty-six years later, they’re given a second chance. But the years have taken them to drastically different places. Can they straddle their worlds and seize it?

Lisa R. Smith
5,0 van 5 sterren An improbable but beautiful love story.
17 juli 2019 - Gepubliceerd op Amazon.com
Geverifieerde aankoop
Two young girls (13 and 14) meet on a train ride around a wildlife park in Alabama. The girls go to the back of the train and have their first sexual experience, make a genuine connection, but they get caught and it ain’t pretty. Twenty six years later fate steps in and they meet again - on a train. Their adult lives had been very different from each other’s, one becoming a successful trauma surgeon and the other, finally graduating from a social-work masters program and looking for a job. But a fortunate stroke of serendipity gives them this second chance.

It’s a warm story but filled with a laundry list of health threatening conditions from extreme stress, anorexia, and alcoholism to unresolved grief, chronic insomnia, and parental illness (reflecting the authors professional experience). Some of the transitions from one scene to another were abrupt and I had to reread to follow what happened (and I’m pretty sure travel agents don’t use a Rolodex anymore) but the story was sweet. The social-worker/councilor character was so kind and perceptive at times that I wish I knew her in real life. I found myself happy for them and it left me smiling.

I recommend this book. Enjoy

The old one!
5,0 van 5 sterren WOW
16 juli 2019 - Gepubliceerd op Amazon.com
Geverifieerde aankoop
I love second chance stories and this one was fantastic. Keegan and Willow met when they were young teens on a train trip.They gave up their bodies and their hearts to each other before being forced apart. Now, 25 years later they meet again on a train and discover that all the feelings are still there. Keegan is a successful and respected surgeon but with a secret addiction. Willow is struggling with unemployment and student loan debt. This author has the gift of character development that is so strong I felt I knew them both and I loved them both. How they resolve their personal issues is the rest of the story. No high drama on these pages or any big mysteries......just 2 people finding themselves to be true soul mates. Their journey to that end was a joy to read. I thoroughly enjoyed the book and want to thank the author for sharing her words.
Meer lezen
5 mensen vonden dit nuttig
Vertaal recensie in het Nederlands

GTeller
5,0 van 5 sterren Same Train, Different Year
18 oktober 2019 - Gepubliceerd op Amazon.com
Geverifieerde aankoop
Dr. Keegan Wade and Willow Lord met and became attracted to each other, on a train twenty six years ago when they were teenagers. It didn't end well for them back then and they didn't see each other again until...

Fast forward twenty six years and both women end up at the same travel agency to make reservations on the same kind of train for a trip west from New York. There is a little bubble of recognition, although neither woman can place where they'd seen each other in their lives.

Willow and Keegan are from two different worlds, Keegan "Keegs" a wealthy doctor and Willow "Mae" a struggling social worker. When they meet again on the train, they realize how they know each other. They talk and spend time on the train together.

Through a series of mishaps and more than a little angst, Keegan and Willow grow together, come apart and try to mend their relationship.

No spoilers here about how this ends.

I'm really enjoying Moll's characters and the stories she writes with her wonderful imagination and plot lines!

Jennifer B.
4,0 van 5 sterren A sweet story of fated love
28 november 2019 - Gepubliceerd op Amazon.com
Geverifieerde aankoop
The story of two barely teen girls who had met on a 2 hr train ride, where an instant & powerful attraction led to made love for the first time, but left with nothing but memories until 26 yrs later they run into each other on another train— this time a cross country vacation— now as women & still reeling from their same attraction as before.

While quite enjoyable, I will say, the easy & unflinching abilities to share & discuss vulnerable & exposing conversations so freely & without struggle or hesitancy was simply mind-blowing & just too easy to be real. Otherwise, it was definitely worth reading.
Meer lezen
Vertaal recensie in het Nederlands

Robert Jenner
5,0 van 5 sterren Riding the Rails
12 november 2019 - Gepubliceerd op Amazon.com
Geverifieerde aankoop
This is not only an epic love story but an epic adventure, ranging between New York and Utah as well as the twenty years between the meeting and reunion of the two main characters, rounded out by a great supporting cast.

The author has a unique prose style that threw me a little at first, and I thought it was a bit stilted. As I got deeper in the story, however, I realized that this style is ideal for conveying the maximum amount of information with a minimum of words, quickly crafting a highly detailed, engrossing narrative that will carry you away if you let it, rather like the scenery from a train's window can carry you away on a long journey, if you'll forgive a cheesy simile.