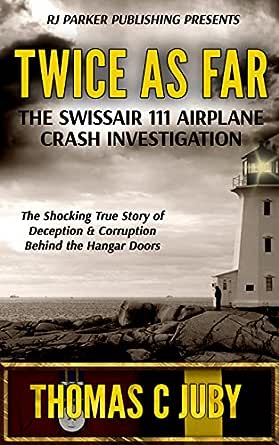 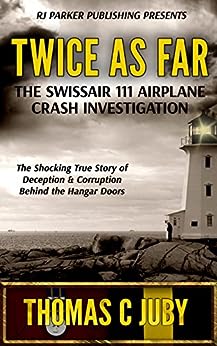 On the 2nd of September, 1998, near the small fishing village of Peggy’s Cove, N.S., a Swissair passenger jet carrying 229 people crashed into the ocean with a complete loss of life.

This book is the true story of the crash investigation as told by the RCMP’s main crime scene investigator who worked on the investigation from start to finish. For more than four years, he searched for the truth amid the remains of human flesh, and the debris of the aircraft. What he found was not what was presented to the public.

Nepotism, deception, intimidation, and lies were tools used by supervisors and managers to overcome this one-person criminal investigation and keep the truth from the public.

This is the in-depth story that shows how the Royal Canadian Mounted Police and the Transportation Safety Board of Canada broke the law, and failed to perform their legal obligations to the Canadian and International public, and to the victims and their families.

RM
5,0 van 5 sterren A disaster within a disaster. Very good book!
30 januari 2017 - Gepubliceerd op Amazon.com
Geverifieerde aankoop
A shocking true story of the Swiss Air disaster that happened near Peggy's Cove, Nova Scotia Canada. It is disturbing what the RCMP officer unearthed besides the debris and bodies. It is a tangled web of lies, deciet and how desperate huge corporations are to cover up the truth. The book is very detailed and the story very well told.
Meer lezen
7 mensen vonden dit nuttig
Vertaal recensie in het Nederlands