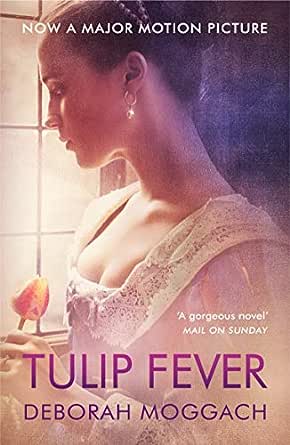 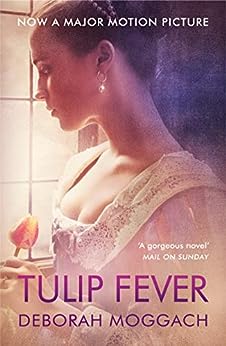 From the bestselling author of The Best Exotic Marigold Hotel comes a thrilling story of power, lust and deception...

Seventeenth-century Amsterdam – a city in the grip of tulip fever.

Sophia’s husband Cornelis is one of the lucky ones grown rich from this exotic new flower.

To celebrate, he commissions a talented young artist to paint him with his beautiful bride.

But as the portrait grows, so does the passion between Sophia and the painter; and ambitions, desires and dreams breed an intricate deception and a reckless gamble.

FlaTeddy
4,0 van 5 sterren Different and Interesting
4 november 2016 - Gepubliceerd op Amazon.com
Geverifieerde aankoop
This book has many layers which made it interesting. There is the surface love relationships between Sophia and her older husband, the illicit affair with the young painter, and the relationship between the maid and a common peddler.
As the story unfolds, it shows the unanticipated effects of deceit on the lives of so many, the questioning of faith and the power of belief in God, and the historical aspects of tulipmania including the destructive greed that consumed lives. Appreciated that the author tied up all the loose ends at the conclusion of the book.

alpacagirl6769
1,0 van 5 sterren Does not live up to the hype
30 augustus 2017 - Gepubliceerd op Amazon.com
Geverifieerde aankoop
After all the hype, I expected something with much more substance. This was a boring and tedious read; I cannot believe that a motion picture is being made from this novel. The plot was simplistic and contrived, the characters not well developed, and the historical details were superficial. I was very, very disappointed.
Meer lezen
14 mensen vonden dit nuttig
Vertaal recensie in het Nederlands

William Walkington
4,0 van 5 sterren A Brief Look
28 februari 2018 - Gepubliceerd op Amazon.com
Geverifieerde aankoop
If you enjoyed Girl With a Pearl Earring, you'll like this book. It examines much of the same subject matter, time period, and location. I have always found the Dutch School of art intriguing and rather mistifying; art for the wealthy middle classes and largely intended to decorate their houses, the typical Dutch painting (as we understand it today) was a new art form, something that had not been seen before. Most art, up until this time, had been religious in nature, often allegorical with allusions to classical mythology, and was usually done for wealthy aristocratic families. A pretty little picture to look nice on the wall in a comfortable but not ostentatious middle class home was l'arte nouvelle.
Tulip Fever is an interesting examination of the little known time when vast fortunes were both made and lost in the tulip flower bulb industry. Rather like post-bellum "paper railroads" in America, speculation on tulip futures was intense, frenzied, full of graft and greed, and, ultimately, largely built of nothing but grandiose dreams and worthless paper. Moggach captures a bit of this tulipomania in its effects on one family. As an historian I would have loved to have seen much more detail about these people's lives, and more about the art itself, which was significant part of the novel. All in all, a good story, interesting characters, pretty well developed setting and cause of actions, and a little twist at the end that leaves one wondering. Give it a try. You won't regret it.
Meer lezen
6 mensen vonden dit nuttig
Vertaal recensie in het Nederlands

ede19
3,0 van 5 sterren Disappointing
23 augustus 2017 - Gepubliceerd op Amazon.com
Geverifieerde aankoop
Disappointed no artwork in Kindle version as referred to in other reviews. Disappointed wasn't based on real artist or artwork. Nowhere near as good or involving as Girl With a Pearl Earring. Tulip mania shallowly told, not well explained, and quickly jumped into as a device but not a natural progression for the story line. Ending abrupt and not very satisfying. Ultimately book is corny romantic predictable novel not particularly well told. I purchased book because of trailer for upcoming film which is being marketed as a thriller which ultimately it is only barely. Love the actors though so hope they can salvage it.
Meer lezen
8 mensen vonden dit nuttig
Vertaal recensie in het Nederlands

LVAnn66
4,0 van 5 sterren Great bouquet of colorful characters
24 september 2016 - Gepubliceerd op Amazon.com
Geverifieerde aankoop
I read this in anticipation of the movie that will be coming out. I didn't know the history behind Tulip Mania in the Netherlands. It's a great read and easy to see why it will make for an intriguing movie. I liked the plot twists - it kept me guessing as to how it was all going to work out. The story is crafted like a beautiful painting - each character lending its own shade and depth.
Meer lezen
13 mensen vonden dit nuttig
Vertaal recensie in het Nederlands
Ga naar Amazon.com om alle 252 recensies te bekijken 3,8 van 5 sterren
Terug naar boven
Over ons
Verkoop bij ons
We helpen je graag
© 1996-2020, Amazon.com, Inc. en dochterondernemingen