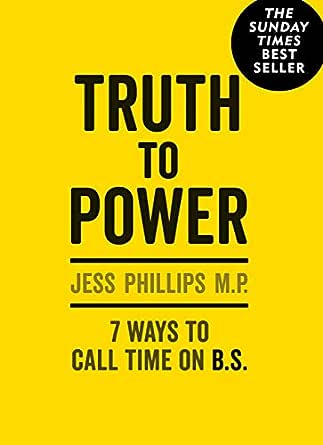 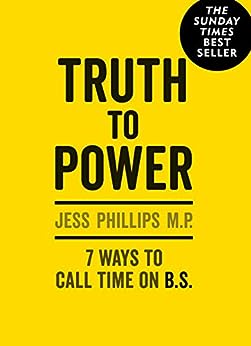 SHORTLISTED FOR THE 2019 PARLIAMENTARY BOOK AWARDS

'Will ruffle some feathers.' Stylist

'There's nobody else at Westminster quite like Jess Phillips. She is fearless and funny, riotous and rebellious, maverick and mischievous.' The Times

YOU HAVE MORE POWER THAN YOU THINK.

At a time when many of us feel the world isn't listening, Jess Phillips offers inspiration to those of us who want to speak out and make a difference.

No stranger to speaking truth to power herself, she will help you dig deep and get organised, finding the courage and the tools you need to take action.

As well as bringing us hope through her own experiences Jess talks to the accidental heroes who have been brave enough to risk everything, become whistle-blowers and successfully fight back.

These inspiring people, often living everyday lives, who then found themselves at the centre of the storm and spoke truth to power include:
Zelda Perkins, the personal assistant who first called-out Harvey Weinstein;
Paul Caruana Galizia, son of murdered Maltese journalist Daphne Caruana Galizia;
Tom Watson the British MP who successfully took on the Murdoch press empire and won;
Sara Rowbotham, the sexual-health worker who uncovered the abuse of young girls by gangs of Asian men in Rochdale - and the subsequent cover-up by the authorities;
Natasha Elcock, resident of Grenfell Tower and chair of Grenfell United, the pressure group set up by families after the disaster;
Cara Sanquest from the campaign to legalise women's right to choose abortion in Ireland.

Entertaining, empowering and uncompromising, TRUTH TO POWER is the book we all need to help us call time on the seemingly unstoppable tide of bullshit in our lives.

Cyberyukon
5,0 van 5 sterren This is a War Manual.
8 januari 2020 - Gepubliceerd op Amazon.com
I don't think there's quite another book like this one. If you are being walked on or pushed around, or if you dare to stand up against those who come after you, then please read. The stories and advice given here will give you strength and focus. This is not a do-gooder self-help book. Instead, it is a war manual. File a complaint? Here's what they will do to retaliate. Go up against city hall? Expect these tricks and tactics. Fight for change? Power does not want to go quietly away. But THIS is what you do to put charge forth, find your courage and keep your sanity. Inspiring and 100% pragmatic. Thank you, Jess. You have been an amazing boots-on-the-ground resource.
Meer lezen
Vertaal recensie in het Nederlands
Ga naar Amazon.com om alle 1 recensies te bekijken 5,0 van 5 sterren
Terug naar boven
Over ons
Verkoop bij ons
We helpen je graag
© 1996-2020, Amazon.com, Inc. en dochterondernemingen