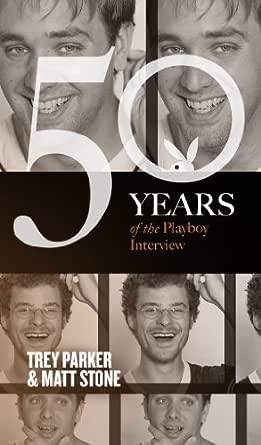 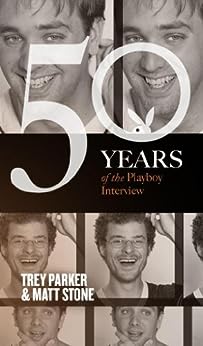 In mid-1962, Playboy founder Hugh Hefner was given a partial transcript of an interview with Miles Davis. It covered jazz, of course, but it also included Davis’s ruminations on race, politics and culture. Fascinated, Hef sent the writer—future Pulitzer-Prize-winning author Alex Haley, an unknown at the time—back to glean even more opinion and insight from Davis. The resulting exchange, published in the September 1962 issue, became the first official Playboy Interview and kicked off a remarkable run of public inquisition that continues today—and that has featured just about every cultural titan of the last half century.
To celebrate the Interview’s 50th anniversary, the editors of Playboy have culled 50 of its most (in)famous Interviews and will publish them over the course of 50 weekdays (from September 4, 2012 to November 12, 2012) via Amazon’s Kindle Direct platform. Here is the interview with the South Park creators Trey Parker and Matt Stone from the June 2000 issue.
click to open popover

Dirk Drudgler
5,0 van 5 sterren Matt & Trey Skewer Hollywood - The Birth of South Park
6 mei 2013 - Gepubliceerd op Amazon.com
Geverifieerde aankoop
This interview was conducted in 2000. The movie South Park: Bigger, Longer & Uncut was just released and was a success. Parker & Stone had made a few other movies and had a few seasons of South Park under their belt, but seemed to be fatalistic about their future in Hollywood, so it was definitely an interesting time to interview them.

By now, in 2013, Stone & Parker have been interviewed so often and discussed their work in so many places that the information here is really nothing new. Unlike many of the other classic Playboy interviews from this series which occurred from the 1950's to the 1990's, Stone & Parker have been thoroughly vetted by the internet and there is not much we don't already know about their careers and the genesis of South Park. One interesting little tidbit was at the time of the interview they did not visualize South Park lasting more than a few more seasons, they imagined a body of about 70 episodes. Considering that South Park is nearing season 20, I found this to be an amusing thing.

One of the greatest things about Parker & Stone, based on more recent interviews and work, is the fact they are among the rare few who have stayed true to their own vision and have not compromised to success after all these years. They hated celebrity pretentiousness then as they hate it now and the rest of us are more than happy to let them continue to poke away at it for our amusement.

Daisy Mae/Jan Smith
1,0 van 5 sterren Will I never learn?
2 juni 2013 - Gepubliceerd op Amazon.com
Geverifieerde aankoop
Should have known better at my age. It's written by a bunch of blokes who make Parker and Stone sound like a pair of loud and foul-mouthed brats. Well, Parker & Stone would have to be a bit that way, or South Park would never have happened. But it's like the the underpants gnomes' business plan - Step Two remains a mystery, ie how they came up with a work of genius and got rich, remains a mystery.
This is the sort of story best left to a woman.
Meer lezen
Een iemand vond dit nuttig
Vertaal recensie in het Nederlands

B. Brown
5,0 van 5 sterren Great Insights
5 februari 2016 - Gepubliceerd op Amazon.com
A bit dated since they would go on to make way more shows than they said they would here, but still a great read. These guys talk so little about what they do that stuff like this ends up giving truer insight into what makes them great. From their passion to humility to thoughts on creativity, this was a solid article for any fans of them as a creative duo.
Meer lezen
Vertaal recensie in het Nederlands
Ga naar Amazon.com om alle 3 recensies te bekijken 3,5 van 5 sterren
Terug naar boven
Over ons
Verkoop bij ons
We helpen je graag
© 1996-2020, Amazon.com, Inc. en dochterondernemingen