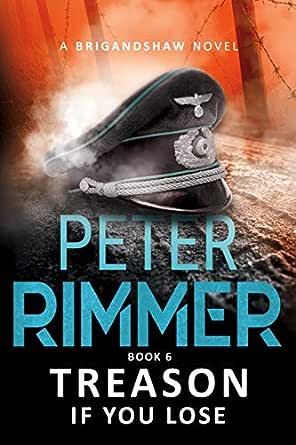 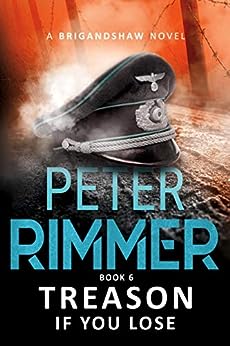 What the older generation of Brigandshaws feared has returned. The world is no longer on the brink of tears.


Having joined the Air Ministry, Harry Brigandshaw is itching to fly but deemed too old. He has no alternative but to stay in London, working to keep his fevered mind at rest and running for shelter as the chilling air-raid sirens sound. To keep his wife and children out of insanity’s reach, Harry sends them to Cape Town. But from so far away, can he stop his boys from enlisting, whilst other younger men are fighting for their lives in the skies above London?

For the beautiful film star, Genevieve, she has no choice but to watch from afar. She’s petrified she will lose her man even before their love has had a chance to flourish. Along with other indomitable pilots, will her darling survive the greatest fight of his life?

Through the eyes of the Brigandshaws and their friends, Peter Rimmer yet again brings to life their lives and loves during the harrowing times of World War Two in Treason If You Lose, the thrilling sixth instalment of this historical fiction series.

Neil Bruce-Miller
5,0 van 5 sterren The Brigandshaw Chronicles
28 januari 2020 - Gepubliceerd op Amazon.com
Geverifieerde aankoop
As a refugee from Central Africa, brought up on stories from this period, Peter Rimmer’s books strike many chords and I avidly read all of his books. I cannot wait until the next chapter is published and thoroughly recommend them to all. They are well crafted, beautifully researched and superbly strung together. Thank you Peter! Keep your writing going, please....
Meer lezen
Vertaal recensie in het Nederlands

Dean
5,0 van 5 sterren Africa in my veins.
5 oktober 2019 - Gepubliceerd op Amazon.com
Geverifieerde aankoop
From start to finish this book has had me in a hold, I felt as if I was living the story being born in Africa from English & Scottish parents and having had to serve in the force myself this book has made me cry at the loss of fallen brothers and sisters, yet it has also made me happy reading the love that people had for each other even if this book is fiction it feels like there is truth in it. Can’t wait to read more of Peter’s books that he wrote before he passed. My condolences to his family.
Meer lezen
Vertaal recensie in het Nederlands

Sheila Catterall
5,0 van 5 sterren Awesome story!
10 oktober 2019 - Gepubliceerd op Amazon.com
Geverifieerde aankoop
I just love Peter Rimmer’s books and this one was no exception! I feel as if I know the characters so well by now having read the whole series in order! I look forward to the book to follow!
Meer lezen
Vertaal recensie in het Nederlands

Tim Kennedy
4,0 van 5 sterren A remarkable writer
6 oktober 2019 - Gepubliceerd op Amazon.com
Geverifieerde aankoop
But....there doesn’t seem to be a natural flow to his writing, too much detail imparted, and the characters are many and shallow. Having said that, will definitely read the next installment in the hopes that he mails it as he did in the first trilogy...
Meer lezen
Vertaal recensie in het Nederlands