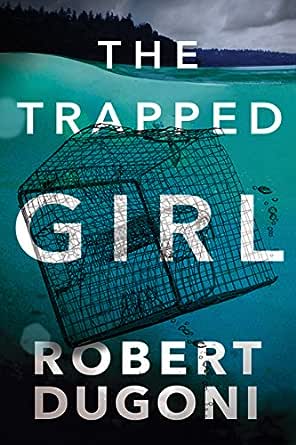 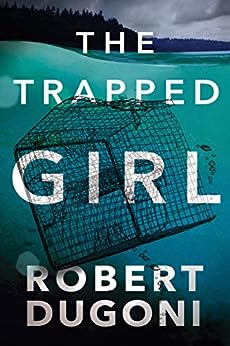 In this #1 Wall Street Journal bestseller, Tracy Crosswhite must first identify the victim to catch the killer.

When a woman’s body is discovered submerged in a crab pot in the chilly waters of Puget Sound, Detective Tracy Crosswhite finds herself with a tough case to untangle. Before they can identify the killer, Tracy and her colleagues on the Seattle PD’s Violent Crimes Section must figure out who the victim is. Her autopsy, however, reveals she may have gone to great lengths to conceal her identity. So who was she running from?

After evidence surfaces that their Jane Doe may be a woman who suspiciously disappeared months earlier, Tracy is once again haunted by the memory of her sister’s unsolved murder. Dredging up details from the woman’s past leads to conflicting clues that only seem to muddy the investigation. As Tracy begins to uncover a twisted tale of brutal betrayal and desperate greed, she’ll find herself risking everything to confront a killer who won’t go down without a deadly fight. Once again, New York Times bestselling author Robert Dugoni delivers a taut, riveting thriller in the fourth installment of his acclaimed Tracy Crosswhite series.

John T C
5,0 van 5 sterren Brilliant
26 januari 2017
Indeling: Kindle-editie
The Trapped Girl is another worthwhile read coming on the heels on my second read of Triple Agent Double Cross. Robert Dugoni came up with a brilliant plot that is full of suspense. The characters are well-developed and the pace is not only fast, but breath-taking. Dialogue is great too and the setting is brilliant. A highly recommended read.
Meer lezen
Nuttig
Commentaar geven Misbruik melden
Vertaal recensie in het Nederlands
Alle 1 klantenrecensies bekijken
Klantenrecensie schrijven

Sagereader2
5,0 van 5 sterren A Winner
27 januari 2017 - Gepubliceerd op Amazon.com
Indeling: Kindle-editieGeverifieerde aankoop
I just finished reading Dugoni's ,The Trapped Girl. And I want to read it again! Good title, by the way, our protagonist is indeed trapped in a very bad marriage with an emotional wreck of husband who would gamble everything away, even her protected inheritance.
Our detective, Tracy Crosswhite, is as committed as ever to finding the murderer of the dead woman brought up in a crab pot in the Puget Sound. Tracy works with a good team of detectives who are on their way to uncovering the truth when their case gets taken away from them.
Three bodies later, the clues lead in one direction while the solution lies in another. The ending promises to surprise you. In fact, I want to read it again to find out how I got there. The Trapped Girl is a great whodunnit. No doubt about it, you will enjoy this one.

Cameron Wiggins
5,0 van 5 sterren Man I Love this Tracy Crosswhite Series and this Dugoni guy is great!
28 januari 2017 - Gepubliceerd op Amazon.com
Indeling: Kindle-editieGeverifieerde aankoop
First, I would like to express my thanks to Thomas and Mercer Books, NetGalley and the author who provided a digital copy in exchange for an honest, unbiased review.
Robert Dugoni is on a very hot roll currently. However, Dugoni is, also, IMHO at, or very near, the top of his game, too. I am currently reading the Tracy White police procedural/legal thriller series. The Trapped Girl is book four in this series, and the writing and the stories just seem to get better and better. I really enjoy this series, and this definitely was my favorite in the series. I have not read book three, yet. We can only hope that he is not having his “Dylanesque” peak anytime soon. Let the songs keep coming.
Kurt Schill, a Seattle teenager, is out trying to make a few extra bucks illegally in the wee hours by poaching crabs. He goes out into the fog and darkness and drops his crab pots, and then returns to get them, hopefully full. This all works fine and dandy until one night he has the one-in-a-million misfortune to pull out a very heavy pot, and it don’t look like any crabs are in this pot. Schill resigns himself to calling in the found body even though he is breaking the law. Tracy Crosswhite, Seattle major crimes unit, is the quick to respond. The first order of business will be to identify the victim which turns out to be extremely difficult and very time-consuming, along with a couple of other things that are better left unsaid if one has not read the book yet.
The usual cast of quirky detectives are present: Del Castigliano, Vic “Fazz” Fazzio, Kinnsington “Kins” Rowe, and Tracy in the pit, or the crew. Del and Fazz cover the bases of the paper trails and background work with people. Kins and Tracy chase down and speak with suspects, persons of interest, and people familiar with these people. And, they, especially Tracy, report directly to Captain Johnny Nolasco, and their working relationship lacks a lot to be desired. Dugoni seems to maximize the amount of interest that the reader can garner without going too far, a not so easy accomplishment IMHO.
Graham and Andrea Strickland are a couple with a troubled marriage. Graham leases a Porsche and is a lawyer. He wants the best of everything with sugar on top, but he really does not want to have to work for it. That’s so, so yesterday. He is better at spending money that making money, he is greedy, lazy, unfaithful, and dishonest. Other than that, I guess that he is okay. His wife is Andrea. She is a very quiet, demur and a predictable creature of habit. She has a job helping a friend, but she is not a very sociable person. She has stack upon stack of books, and she devours books quickly. She only wants to read and hike. Anyway, somehow they are involved in the crab pot case.
Once again, Robert Dugoni’s writing is off the charts crazy. Police procedurals are not supposed to be like this? Legal thrillers are seldom this exciting. Dugoni’s creativity and original ideas and his ability to advance them with story and plot and characters is definitely something to keep in the back of your mind while reading The Trapped Girl, or any other book in the Tracy Crosswhite series. Dugoni is quickly becoming one of my favorite go-to authors. The Trapped Girl tops this list. I would have no problem recommending this book to anyone, regardless of what they read. This is a 5-star.
Meer lezen
43 mensen vonden dit nuttig
Vertaal recensie in het Nederlands

Vikki
4,0 van 5 sterren A girl trapped in every sense of the word
12 februari 2017 - Gepubliceerd op Amazon.com
Indeling: Kindle-editieGeverifieerde aankoop
A girl trapped in every sense of the word. A body is found in a crab pot in Puget Sound, a female with a bullet hole in the head. The detective, Tracy Crosswhite, has to try to identify this woman in order to figure out who murdered her but it seems like the victim was trying to hid who she really was-- reconstructive surgery on her face, brand new birth certificate and driver's license, and no friends or family coming forward to claim her. A break comes in the case when a state park ranger calls, saying they may have found the body of a woman who disappeared while hiking Mount Rainier with her husband. The missing woman seems to have plenty of reasons to want to escape her life: a failing business started by her volatile, smooth talking lawyer husband who forged her name on bank guarantees on the business and was cheating on her. Her trust fund also mysteriously disappeared when she did. This case with the seemingly straight-forward clear motive has so many twists and turns that Tracy start to question everything about this case and what the police think they know. This mystery keeps you guessing to the very end on the "who done it" and why. None of my guesses throughout the book were correct. I had only read the first book in this series last year and it in no way affected me understanding the plot or the characters by not reading the rest of the series before reading this book but now I want to read the other books.

I gave this 4 out of 5 stars on Goodreads.

I received a free advanced copy of this book from NetGalley for review consideration.
Meer lezen

The Trapped Girl is book four in a series, but reading them in order is not necessary to follow the plots and understand the story lines. Personally, I'm glad I did read them in order though, because I think I got to know the main characters better and by book four, it was like reading about friends.

Without giving too much away, I liked how The Trapped Girl went from third person to first person giving the reader another view of the story which added more suspense.

It seems that Detective Tracy Crosswhite and the rest of the A team can't catch a break. They go from one difficult case to another, and when a lady's body is accidentally found stuffed in a crab pot under the water, things definitely go from bad to worse. Once some evidence is discovered, Tracy and her team think they've identified the victim. But, as they proceed with the case, one discovery leads to the next, and soon they have more questions than answers. This turns out to be more than a simple murder (if there is such a thing). Greed, betrayal, and violence...it's all here, just waiting to be uncovered and the trapped girl is the key!
Meer lezen
20 mensen vonden dit nuttig
Vertaal recensie in het Nederlands
Ga naar Amazon.com om alle 2.657 recensies te bekijken 4,7 van 5 sterren
Terug naar boven
Over ons
Verkoop bij ons
We helpen je graag
© 1996-2020, Amazon.com, Inc. en dochterondernemingen