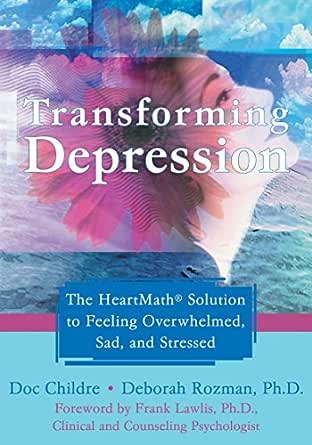 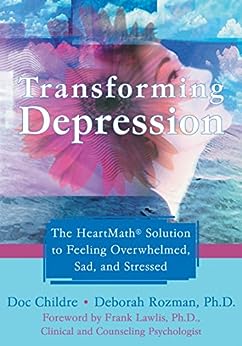 Doc Childre is the founder and chairman of the scientific advisory board of the Institute of HeartMath, the chairman of HeartMath LLC, and the chairman and CEO of Quantum Intech. He is the author of seven books and a consultant to business leaders, scientists, educators, and the entertainment industry on Intui-Technology(R). His HeartMath System and proprietary heart rhythm technology for coherence building, called the Freeze-Framer(R), has been featured in The Wall Street Journal, USA Today, Harvard Business Review, Prevention, Psychology Today, Army Times, New York Newsday, Los Angeles Times, San Francisco Chronicle, San Jose Mercury News, NBC's Today Show, ABC's Good Morning America, ABC's World News Tonight, CNN Headline News, CNN.com, as well as numerous other publications and television programs around the world. Doc is also the acclaimed composer of three albums, whose concept of designer music became internationally recognized through his first album, Heart Zones, which spent fifty consecutive weeks on Billboard Magazine's music chart.

Deborah Rozman, PhD, is a psychologist, author, and editor with thirty years of experience as an educator and business executive. She is executive vice president of Quantum Intech, overseeing strategic alliances and the expansion of HeartMath technologies worldwide. She serves on the Institute of HeartMath's scientific advisory board and Physics of Humanity council. She is a key spokesperson for the HeartMath system, giving media interviews and keynote addresses on heart intelligence and Intui-Technology(R) for executives, scientists, and health professionals throughout the world. She is listed in Who's Who in California.

Dorothy J Gayhart-Kunz
5,0 van 5 sterren Good Books for getting rid of negative emotions and feelings.
9 augustus 2014 - Gepubliceerd op Amazon.com
Geverifieerde aankoop
Heartmath breathing books help with depression, anxiety, anger, fear, and other emotional problems that
you would like to have more control over. You breathe from the heart to help replace negative feelings.
I would highly recommend using some of their simple techniques to help with emotions.
Meer lezen
8 mensen vonden dit nuttig
Vertaal recensie in het Nederlands

Gary Horton
4,0 van 5 sterren Very helpful
21 september 2012 - Gepubliceerd op Amazon.com
Geverifieerde aankoop
Transforming Depression helped me understand my depression. I would recommend it to anyone suffering from depression or who has a loved one who suffers from depression. The HeartMath Institute has amazing insight into the heart and mind. If you hope to rise above depression without a dependence on medications, this is the book for you. Highly recommended.
Meer lezen
17 mensen vonden dit nuttig
Vertaal recensie in het Nederlands