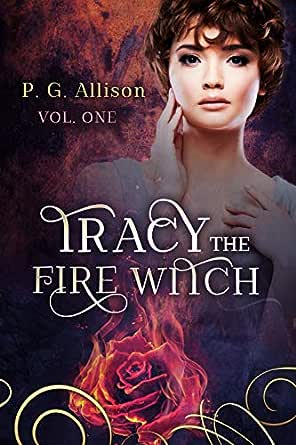 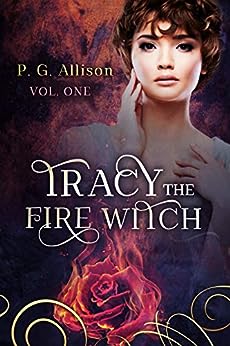 Tracy the Fire Witch:  Book I

When a nightclub in Munich is bombed by terrorists just days before Tracy starts her spring break vacation from West Point, the U.S. government's special task force asks her to join the team they're sending to Germany.

They're hoping to stir up those terrorists and make them scramble.  The team already has one witch plus a couple of werewolves.  Having Tracy along will provide them with some added firepower.

When she asks her soulmate John if he's okay with going with her, he replies, "Germany? Werewolves? Maybe some terrorists? What's not to like?"
click to open popover

Kindle Customer Robin
5,0 van 5 sterren Awesome read
25 december 2019 - Gepubliceerd op Amazon.com
Geverifieerde aankoop
WOW! Great storyline and love the action. I hope we get the story about Missy taking over the New England pack. That is probably a really good tale. Concentrating on Tracy and the fun she has using her powers is fun, but she never gets the credit for her pyrotechnics! This time Oliver got that credit. Hearing about the other characters and catching up with them was great and I am glad Jesse found his love interest. I would recommend this story to any adult reader who enjoys some wonderful mayhem and great humor!
Meer lezen
Vertaal recensie in het Nederlands

awe 302
5,0 van 5 sterren Exciting Read
26 december 2019 - Gepubliceerd op Amazon.com
Geverifieerde aankoop
I love all the books by this author. She knows how to write and capture your attention right from the beginning. This book continues with many of the characters from the Missy books. The story line is easy to follow and fairly straight forward. The characters are familiar and continue to develop. I am still anxiously awaiting the next missy book.
Meer lezen
Vertaal recensie in het Nederlands

Kindle Customer
4,0 van 5 sterren Good urban fantasy
15 januari 2020 - Gepubliceerd op Amazon.com
Geverifieerde aankoop
I enjoyed the Sissy the Werecat books but the author is getting overwhelmed with the backstory. While there are no "As you know, Jim" episodes, I can tell the author is beginning to labor. I would suggest a look at organizing the backstory. Characters from a book or two back pop up without explanation and it hurts a little.
Meer lezen
Vertaal recensie in het Nederlands

Kindle Customer
5,0 van 5 sterren Excellent
23 december 2019 - Gepubliceerd op Amazon.com
Geverifieerde aankoop
This book was great loved reading about the trouble tracy and phone got up to hope there will be more to come but I am also hope that missys will get more stories as well i hope missys will heal Robert's wife so they may have a child some day I know they are an older couple but I just think it would be a good gift for all the support he has given her
Meer lezen
Vertaal recensie in het Nederlands

Kindle Customer
5,0 van 5 sterren It's a bit of the Missyverse to keep you interested!
27 december 2019 - Gepubliceerd op Amazon.com
Geverifieerde aankoop
Missy's partner in crime, Tracy is off on an adventure with P-Branch to find and lay down some retribution for a terrorist attack in Germany.Tracy and her soulmate John ,Candice and Troy, and the werewolves Amanda and Gene, andwith a little help from our favorite Weircat, WWjo are foiled once again! Read on!
Meer lezen
Vertaal recensie in het Nederlands
Ga naar Amazon.com om alle 26 recensies te bekijken 4,4 van 5 sterren
Terug naar boven
Over ons
Verkoop bij ons
We helpen je graag
© 1996-2020, Amazon.com, Inc. en dochterondernemingen