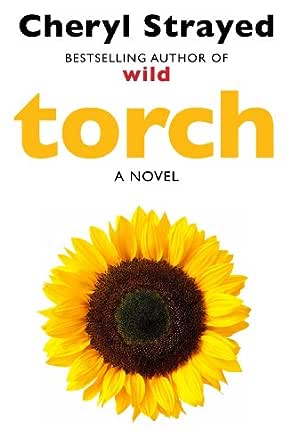 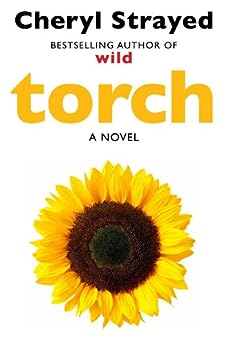 Torch: Novel from the author of the huge bestseller Wild. (English Edition) Kindle-editie

"A heartbreaking anatomy of one family's grief. . . . Beautifully written and authentic."
--People

"I loved the honesty of this novel, the way it looked at every aspect of loss and recovery--the pain, the joy, the absurdity, the anger, the despair, the hope and the great beauty--without ever holding back." --Elizabeth Berg "Exquisite, powerful. . . . Strayed's Torch is an amazing feat. . . . This is autobiographical fiction at its best."
--Portland Tribune "A deeply honest novel of life after catastrophe, of intimacy lost and found."
--O, The Oprah Magazine "Torch is a steady stream of finely wrought portrayals of nuance, moments and emotions. . . . Lovely turns of phrase are coupled with subtle and keen observations and truisms that remind a reader why she reads."
--Newsday "Strayed proves a master of the little and the big. . . . There is throughout the novel a perfectly tuned ear. Combined with her empathic skills, she has transformed these familiar themes into an irresistibly engaging debut read."
--Minneapolis Star Tribune "This novelist goes fearlessly into this place of raw grief and inappropriate lust and desperate love and simply reports what she sees: These are people who . . . live dense, perplexing, fascinating and authentic lives."
--Washington Post Book World

"[Strayed] astounds--producing a literary balm for those who know what it means to lose a parent. Coming on the heels of Joan Didion's memoir, The Year of Magical Thinking, Torch echoes a similar theme: loss of a loved one will usher chaos into your life; it will shake you to your core; on its worst day, grief will make you absolutely crazy."
--The Oregonian "Strayed...has a light hand, delivering emotional scenes with a journalistic eye, picking out the important details without resorting to purple prose. . . . Very moving."
--San Francisco Chronicle "It's a beautiful book, expansive in its treatment of tragedy and grief, but equally attentive to all of the most telling details. The language is lovely, offering delicious, compelling imagery without being heavy-handed."
--Providence Journal

"Strayed knows how to balance the heartache with humor, and the spiritual with the mundane, to create characters you begin to know like friends."
--Pages Magazine

"Strayed addresses this universal theme with skill and unflinching compassion by creating exceptionally believable characters. . . . The details are precise, understated and devastating. . . . The metaphors are original and rich. . . . In short, this is a very moving and accomplished novel."
--Bookreporter.com --Deze tekst verwijst naar een alternatieve kindle_edition editie.

CHERYL STRAYED is the author of the #1 New York Times best seller Wild: From Lost to Found on the Pacific Crest Trail, which was the first selection for Oprah's Book Club 2.0 and became an Oscar-nominated film starring Reese Witherspoon;Tiny Beautiful Things: Advice on Love and Life from Dear Sugar, a national best seller now the basis of the WBUR podcast Dear Sugar Radio, co-hosted with Steve Almond; and Torch, her debut novel. Her books have been translated into forty languages, and her essays and other writings have appeared in numerous publications. --Deze tekst verwijst naar een alternatieve kindle_edition editie.
click to open popover

Lucia
3,0 van 5 sterren Different tone than her book Wild
7 september 2019
Geverifieerde aankoop
So I got "Torch" because I read Wild (yes the one from the film produced and played by Reese Witherspoon), which I only read after I read her agent's book (Betsy Lerner, the Forest from the trees) in which she mentioned Cheryl Strayed. Where Wild feels very straight from the heart (and I constantly could see Reese Witherspoon in my head), funny, dry and raw at the same time, Torch feels much more construed. Some elements are the same: her mother who she loses to cancer, the stepfather who remarries shortly after her mother's death. Some are others, and as I had read Wild, I could not stop thinking Nono, that's not how it went. However, where Wild is written in the first person, entirely from the narrator's perspective, Torch uses multiple angles: the main character, the brother and the stepfather. For those who usually are not into that, the way the author has done it, works. It's clear and it does have an added value. At the same time it feels more distant. Having said that, it is a good read and you do feel for all of them. Especially her experience, struggles and grief around her mother's death cut straight through my soul. One warning: it is difficult to put down/close your Kindle.
Meer lezen
Nuttig
Commentaar geven Misbruik melden
Vertaal recensie in het Nederlands
Alle 1 klantenrecensies bekijken
Klantenrecensie schrijven

Sandy Stuart
5,0 van 5 sterren Wonderful!
11 april 2015 - Gepubliceerd op Amazon.com
Geverifieerde aankoop
Wonderful. I had read "Wild" and wanted to read another by Cheryl Strayed. I enjoyed Torch even more! Even though it was fiction, I felt the characters were all based upon her own family and experiences that she shared in "Wild". I want to thank Cheryl, for putting in words the feelings of loss, grief, guilt, and confusion those of us, young and old who have lost a beloved Mother. I was lucky enough to have had my Mom for 45 years...I got to evolve through the years of teenage self absorption and indifference to a sacred relationship to being in an adult relationship with the woman who would be my head cheerleader and best friend. I miss her everyday, but like Claire, have learned to move on with my life.
Thanks Cheryl, and where ever you are, Thanks Mom!

LaBellaNovella
3,0 van 5 sterren Did you read Wild? If so, then you can probably pass this book up.
7 januari 2013 - Gepubliceerd op Amazon.com
Geverifieerde aankoop
Here's the thing ... this book is the twin of Wild -- or, at least it's first few chapters. The death of Cheryl Strayed mother obviously and irrevocably changed her, as I imagine it would many people, I could not possibly fault her for that. But each of her books (all 3 of them) seems to play to that similar theme leaving readers wanting (maybe begging) for something different from Strayed's unique voice.

Having read Wild first, I bought this book knowing full good and well what I was getting into. Strayed and her blurb writer make no bones about it -- Torched is an almost-autobiography, more memoir then fiction. But a reader would hope for individuality in the novel, totted as fiction, nevertheless -- something, anything that would somehow set apart. That is where Torch unfortunately fails. Down to the food color/sugar/water drinks Teresa's fictional children consume in Torch that Strayed fondly recalls from her own youth in Wild, a reader is in for more then a few deja vu moments. It was during that time I was left question -- where is the individuality?

However, with that said, this book is not without legs of it's own.

Beautifully written, emotionally treading, this book teeters always on the fine line of grief and complete loss. Strayed refuses to shy away from uncomfortable moments -- drug abuse, grief-ladden sex, harrowing inner-monologs to name just a few. She does so with eloquence, which makes it all (if possible) that much harder to read.

Torch is the sort of book that deserves to stand in a light all its own ... it's just a shame it has to share so much with Wild. Both books are brilliant, just too similar.

floridianmomof4
5,0 van 5 sterren Another moving stick-with-you storyline
24 januari 2019 - Gepubliceerd op Amazon.com
Geverifieerde aankoop
Cheryl Strayed creates vivid and a deeply moving story of a family. Not a cookie-cutter, easy family. A difficult, realistic honest family that is dealing with real stuff. "Wild" was the first book I read by this author, then I went back and read her other stuff. This book is just as good as "Wild" if not more realistic and complex in that each character has something we can all identify with. There is a piece of us in something each one of these characters is or is dealing with. This story is raw and real and the good and the bad and everything in between human reaction to grief and relationships. I loved it.
Meer lezen
Vertaal recensie in het Nederlands

Elise Daniel
5,0 van 5 sterren Excellent!
26 augustus 2018 - Gepubliceerd op Amazon.com
Geverifieerde aankoop
I loved the characters and just how thoroughly we were brought into their heads to understand the pain of loss and how each processed the pain. This book truly demonstrates grief, how differently we each process it and knowing that is OK no matter what it turns out looking like.
Meer lezen
Een iemand vond dit nuttig
Vertaal recensie in het Nederlands

CustomerX
5,0 van 5 sterren Couldn't put it down
3 juni 2014 - Gepubliceerd op Amazon.com
Geverifieerde aankoop
I don't finish most contemporary novels (I prefer nonfiction) but this book made me think about trying harder to search out the good ones. It doesn't surprise me that "Torch" is heavily informed by the author's own history, because the ring of truth is clear and profound, but it doesn't really matter which details are faithful and which were changed. I was absorbed equally by the story and art of the storytelling. Most important to me as a reader is the integrity of the narrative voice; I've now read all three of Cheryl Strayed's books and haven't been disappointed. This is an author who doesn't BS or pointlessly preen.
Meer lezen
4 mensen vonden dit nuttig
Vertaal recensie in het Nederlands
Ga naar Amazon.com om alle 190 recensies te bekijken 4,0 van 5 sterren
Ontdek het beste van shopping en entertainment
Gratis en snelle bezorging van miljoenen producten, onbeperkt streamen van exclusieve series, films en meer
> Ontdek Prime
Terug naar boven
Over ons
Verkoop bij ons
Amazon-betaalmethoden
We helpen je graag
© 1996-2020, Amazon.com, Inc. en dochterondernemingen