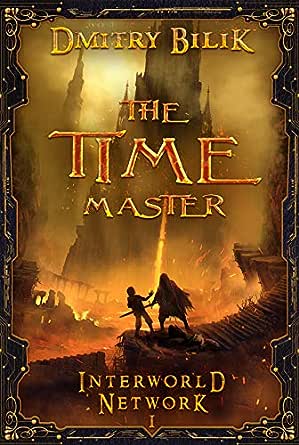 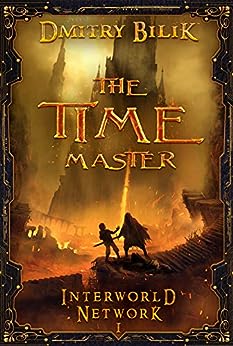 An ordinary Russian guy, Sergei picks a fight in his neighborhood, defending a little boy. Problem is, the guy he's just defeated vanishes into thin air, leaving Sergei to discover he now possesses the ability to turn time around.

On top of that, Sergei can now travel between worlds. He acquires even more mysterious new skills and abilities. And he discovers there're many others just like him in our world.

Sergei finds his own place in the secret community of the Seekers - creatures with superpowers. He even teams up with a few of his new buddies, planning to strike gold in one of the neighboring worlds.

Sergei has no idea that his every step is being watched. He's being shadowed by the Darkest One - one of the oldest Seekers around who'll know no peace until he gets hold of some of Sergei's unique abilities.
click to open popover

Kindle Customer
5,0 van 5 sterren I hate Cliffhangers! That being said, good book.
2 augustus 2019 - Gepubliceerd op Amazon.com
Geverifieerde aankoop
I must say I enjoyed this book. It's a solid Lit-RPG. I didn't see any editing issues and enjoyed the book right to the end. Now I wait for book 2...
Meer lezen
Een iemand vond dit nuttig
Vertaal recensie in het Nederlands

Johnathan Gladen
5,0 van 5 sterren A solid story
22 juli 2019 - Gepubliceerd op Amazon.com
Geverifieerde aankoop
Like a number of other stories from Russia . This one is solid . I enjoyed it and will be looking forward to the next one. I'd recommend it to my other book lovers .
Meer lezen
Een iemand vond dit nuttig
Vertaal recensie in het Nederlands

Poor Richard
4,0 van 5 sterren Good Start to a New Series - May Want to Wait for Book 2
19 juli 2019 - Gepubliceerd op Amazon.com
The protagonist (Sergei) is an interesting character and one with whom it is easy to sympathize. He quickly enters a litRPG-like world and action is good throughout the novel. The translation is well done and while not perfect, there are less errors than most self-published kindle novels. The author seems to love his footnotes, but I quit reading them after a while as most were just common sense. My only complaint with the novel is the cliffhanger ending. Readers may want to wait for the sequel to be published before reading this one.
Meer lezen
6 mensen vonden dit nuttig
Vertaal recensie in het Nederlands

The main character (MC) becomes a Player or Seeker after accidentally killing some guy he thinks is messing with his neighbor’s kid and then becomes part of this RPG tracked world where he as the magical ability to go back in time a few seconds. The power is used often. The author writes in a bad outcome, then MC rewinds time 3 seconds and we get the good outcome as the MC changes things. It’s not over powered since it is limited to a few charges so no infinite tries. The rest of the game mechanics in the story are familiar: stats, levels, skills, etc.

The story is somewhere between normal urban fantasy and Level Up. Yes, the MC uses his RPG powers and skills in real life, but most of the story is him just earning money going on posted quests and learning about the new system he’s apart of. There’s this sub-story about fate and good and evil, but it doesn’t amount to much till it’s forced at the end of the story. Which by the way has a major cliffhanger of an ending, if that kind of thing bothers you.

Overall, not a bad story but not as good as I was hoping to get from a Real Life RPG kind of story.

Jon Svenson
4,0 van 5 sterren Interesting Russian LitRPG but with a cliffhanger
28 juli 2019 - Gepubliceerd op Amazon.com
I bought this after seeing Ramon's review and decided to give it a chance. I'm glad I did.

The Good: this book at times is very similar to Dan Sugralinov's Level Up series. The MC stops smoking, starts running, etc. to improve his fighting abilities. That's where the similarities end, and we watch as a young man learns new skills including being able to turn time back by a few seconds. For the most part this skill is used really well, and while the story is definitely slice of life it has enough action and intriguing moments to keep me hooked.

I also liked the group that the MC formed in the last 25% of the book, and look forward to seeing what that group can accomplish in the future.

The notifications are regular but without the huge block of text you see in some books. I thought it worked well, but I'm also a math geek and don't mind seeing blocks of skill text to scroll through every now and again.

The not quite so good: the cliffhanger really sucked the life out of the ending. I won't spoil anything, but the whole book had built up to this confrontation and then it ended without resolution. I'll read book 2, but it too has a cliffhanger I'll probably stop there. Cliffhangers are fine for 80's TV but are a poor way to keep people interested in your books I think.

The Russian translation is about standard if not slightly better than the average. Nothing stopped me from reading which was great, as some --I'm looking at you, the Weirdest Noob book 3-- are downright unreadable.

Overall, I recommend this book if you liked the Level Up series or Russian LitRGP in general.