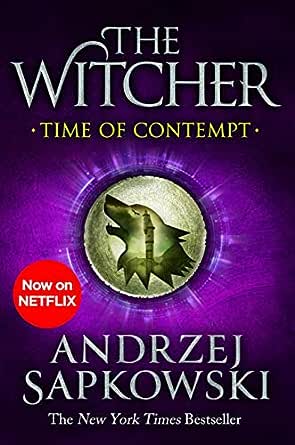 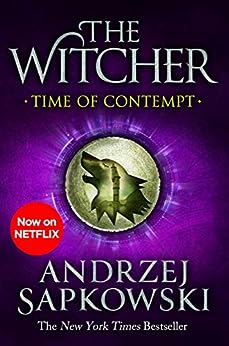 "One of the best and most interesting fantasy series I've ever read. Though it functions well as adventure fiction, it has added depth and value as satire and commentary on fantasy literature ... Sapkowski is a genuine stylist."--Nerds of a Feather

"Sapkowski has a phenomenal gift for narrative, inventing sensational events, creating a suggestive mood, and building up the suspense along with a dazzling, slightly cynical sense of humor."--Jacek Sieradzki, Polityka on The Last Wish

"Sapkowski's The Last Wish is a great collection of short stories centered around a witcher, Geralt - a rare sorcerous breed who hunts down the monstrous but is feared by the innocent. With a wondrous mix of Eastern European folklore and myth, beautiful princesses, mischievous demons and where all is not as it seems, The Last Wish is a great read - perfect for dipping into or just reading cover to cover, as I did."--Waterstones

"Sapkowski is very good at creating interesting, imaginative characters with unusual levels of depth to them ... The Last Wish is an enjoyable book full of stories both melancholy and comic."--The Wertzone

The adventures of Geralt the Witcher continue in this second novel in the bestselling Witcher series that inspired the Netflix show and video games.

The kings and armies are manoeuvring for position, each fearing invasion from across the river, each fearing their neighbours more. Intrigue, dissent and rebellion fester on all sides.

After decades of oppression, the elves and other races are fighting each other and attacking the humans - and with growing numbers preparing for battle, the threat of all-out war looms ever greater.

Against this backdrop of fear, Geralt and Yennefer must protect Ciri, the orphaned heir who is sought by all sides. For the child of prophecy has the power to change the world - if she lives to use it.

Nicem Wihou
5,0 van 5 sterren The Witcher books rock! This entry is a must read you will buy the next one seconds after finishing this one.
3 augustus 2017 - Gepubliceerd op Amazon.com
Geverifieerde aankoop
I love these books the best way I can describe the Witcher World in one sentence is to say that they are a cross between Game of Thrones and Harry Potter. They have all the political conflict between Kings and regions like Game of Thrones and all of the magic and sorcery of Harry Potter. As you get further into the novels they really leave you on some incredible cliffhangers and the story of Ciri, Yennefer and Geralt is Simply Amazing. The Deep connections between the three of them are what makes these books what they are and it truly makes one see that a child does not have to be your own for you to love them care for them and protect them like you would your own child. To the best of my knowledge these books were written long before Harry Potter and it may be that JK Rowling actually took some of her ideas from the books about The Witcher. I don't know that for a fact but I do see some correlations there, that might lead one to believe that she at least may have gotten some of her ideas and Concepts from The Witcher novels. Yes some of the same fantasy elements are there that you see in a lot of fantasy books werewolves, vampires, Sorcerers, witches. However being that the author is Polish and has a lot of deep polish folklore to drawn on, these books are very different from anything you would find from a British or American Author. I highly recommend them. Please don't let yourself be fooled thinking that these books were written after the video games they were written long before that and that's what makes The Witcher 3 video game in particular one of the best videogames of all time. The story that was taken from these novels. Do yourself a favor and read the first two Witcher short story collections and the five novels you won't regret it.
Meer lezen
16 mensen vonden dit nuttig
Vertaal recensie in het Nederlands

Megan
5,0 van 5 sterren Wonderful In More Ways Than I Can Describe
17 juli 2017 - Gepubliceerd op Amazon.com
Geverifieerde aankoop
I purchased and started reading the Witcher novels shortly after beating the Witcher 3 video game, and to be one hundred percent honet, I'm glad that I had unintentionally wait until after I had beaten the game. Granted, I put a TON of hours into that game alone, not to mention it's predecessors, but to sit back and read the original material in which it was based off of - that was wonderful in more ways that I can describe. There were so many references to material from the books in the game themselves, and while I hadn't previously understood them entirely, the books easily cleared everything up about it, explaining them all in great or at least sufficient detail. That said, I'm glad again that I started reading them -after- playing the games because otherwise they wouldn't have held as much significance to me or made me laugh quite as much. Each book is well worth the read on itself for any solid Witcher fan, and as well for any general fiction fan looking for a great series to pick up, even if they don't quite understand the Witcherverse before diving in.
Meer lezen
14 mensen vonden dit nuttig
Vertaal recensie in het Nederlands

stardancer
4,0 van 5 sterren DARK FANTASY
17 juni 2017 - Gepubliceerd op Amazon.com
Indeling: Kindle-editieGeverifieerde aankoop
I enjoyed this book more than Blood of Elves, which set the foundation for this series, but still found it complex. The author introduces a multitude of minor characters from various countries into his stories; who then disappear into the ether, never to be heard from again. This makes for confusion. However, his main characters are well-developed and engaging. In this second book, Geralt is once again slaying monsters and re-connects with Yennefer, who is on her way to a Conclave of Mages on the Isle of Thanedd. Their meeting is initiated by Ciri's flight from a journey to a school for enchantresses at which Yennefer is intending to place her. Ciri wishes to return to Geralt, rather than to be trained in the magic arts. All three eventually arrive at the Isle, only to discover that the Conclave erupts into chaos, as various factions' spies and sorcerers fight for supremacy after the Nilfgaardian conquests. Conspiracies abound and affiliations are broken. Geralt is badly wounded. Yennefer and Ciri are separated, when Ciri utilizes the portal in the tower to evade capture.
This book is centred on Ciri, her escape across a desert and her subsequent introduction into the Rats; a renegade group of young outcasts with swift horses and sharp swords. A small, much-feared rebel group; the children of the time of contempt.
War is imminent. Ciri is the child of Destiny.
I would add - I intend to print out a coloured map of the Northern countries in order to follow the progress of the various characters from one province to another, as I have not played the computer games and require a visual aid to follow the many journeys and invasions contained in the plot.
Meer lezen
7 mensen vonden dit nuttig
Vertaal recensie in het Nederlands

Jon
4,0 van 5 sterren Political Machinations Abound
21 november 2019 - Gepubliceerd op Amazon.com
Geverifieerde aankoop
The plot starts to ramp up in this book. More action, more political intrigue, more magic. However, there is decisively less witchering. I can see why people are divided on the short stories vs. the novels. The former focuses on Geralt and his profession while war politics are forefront to the latter with Ciri receiving the most screen time.

Regardless, I enjoy all of them for their respective offerings so far. While Geralt is unsurprisingly my favorite character, I find myself looking forward to the chapters on Ciri. Her story is fascinating and will clearly remain central for the rest of the series.

With the title Baptism of Fire, I expect the next installment to only be grander. Sapkowski has written something special here with his intricate plots, complex characters, and a little bit of social critique. I'm looking forward to the direction Geralt and Ciri take next.
Meer lezen
2 mensen vonden dit nuttig
Vertaal recensie in het Nederlands

jtoth
5,0 van 5 sterren Great Read (spoiler Free)
27 maart 2014 - Gepubliceerd op Amazon.com
Geverifieerde aankoop
This is a great addition to the Witcher books. It has more action than the previous book and some great dialogue. I am looking forward to reading the next one.

**IMPORTANT**
If you've read The Blood of Elves without reading the second short story book (The Sword of Destiny, never got officially published in English), Google 'The Sword of Destiny Fan Translation' and read it! They are super easy to find, and even come in a kindle friendly (.mobi) format! If you're a fan of the series and haven't read the second short story book then you're really missing out.
Meer lezen
46 mensen vonden dit nuttig
Vertaal recensie in het Nederlands
Ga naar Amazon.com om alle 365 recensies te bekijken 4,5 van 5 sterren
Terug naar boven
Over ons
Verkoop bij ons
We helpen je graag
© 1996-2020, Amazon.com, Inc. en dochterondernemingen