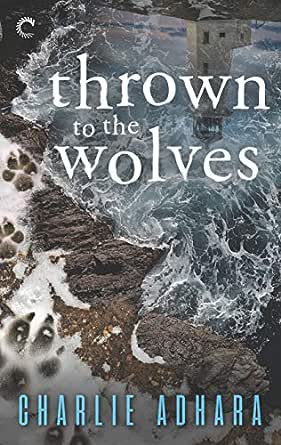 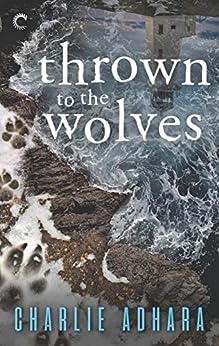 Agent Cooper Dayton is going to meet his boyfriend’s werewolf family. Unarmed. On their turf.

And he’s bringing his cat.

When Agent Cooper Dayton agreed to attend the funeral for Oliver Park’s grandfather, he didn’t know what he was getting into. Turns out, the deceased was the alpha of the most powerful werewolf pack on the eastern seaboard. And his death is highly suspicious. Regardless, Cooper is determined to love and support Park the way Park has been there for him.

But Park left him woefully unprepared for the wolf pack politics and etiquette. Rival packs? A seating order at the dinner table? A mysterious figure named the Shepherd? The worst is that Park didn’t tell his family one key thing about Cooper. Cooper feels two steps behind, and reticent Park is no help.

There are plenty of pack members eager to open up about Park and why Cooper is wrong for him. Their stories make Cooper wonder if he’s holding Park back. But there’s no time to get into it…as lethal tranquilizer darts start to fly, Cooper needs to solve the mystery of the alpha’s death and fight for the man he loves—all before someone else dies.

Follow Agents Dayton and Park’s turbulent relationship from the beginning. Read The Wolf at the Door and The Wolf at Bay, both available now from Carina Press!

One-click with confidence. This title is part of the Carina Press Romance Promise: all the romance you’re looking for with an HEA/HFN. It’s a promise!

This book is approximately 80,000 words
click to open popover

Darcy Thornton
5,0 van 5 sterren Adored
23 april 2019 - Gepubliceerd op Amazon.com
Geverifieerde aankoop
I adore this book as much as Cooper and Park adore each other. Their relationship evolves yet again into something deeper and more settled. Yes, they have new revelations that shake them up a bit, but they don’t make their love shaky. Their bond becomes stronger, their devotion withstands outside forces that try to pry them apart, and they continue to burn up the sheets... the desk, the wall, the stall... I love these guys.

This book takes you to Canada to Park’s dysfunctional family. What I like about these stories is that the wolves are really wolves in human skin. There is an underlying animalistic menace that sometimes escapes the human veneer. The disdain with which Park’s family sees Cooper, the human, is on point, and it makes it all the sweeter when they (ie) Helena, the matriarch, comes to realize Cooper’s high AQ, or Alpha Quotient.

Cooper never fails to be underestimated and delightfully annoying when he is on the trail of something. He’ll be Park’s supportive and loving partner even if it kills him. And Cooper really is there for Park when he is the most vulnerable yet. You get to see another side of Park, too. Park tries his damndest to keep Cooper separate from the wolves’ business, but have you met Cooper? Park is downright demonstrative of his love for Cooper. He’s protective, possessive, and passionate. Loved it all.

The end of the book opens new possibilities for these guys, and I’m really hoping that their journey will continue. If this ends up being only a trilogy, I’d be disappointed, but the guys are in a great place so it wouldn’t be criminally disappointing, but still...

creativedeeds
5,0 van 5 sterren Creative Deeds Reads Review
29 juni 2019 - Gepubliceerd op Amazon.com
Geverifieerde aankoop
This is one of those series that gets better and better with each new book. It's so good that I didn't hesitate to purchase Thrown to the Wolves when I realized I missed the chance to snag the ARC. ;)

Cooper and Park have been through a lot, but nothing prepared Cooper for what he was in store for when he was introduced to Park's family. Given the situation that he walked into, I'm not sure anyone could have been prepared. Park was kind of the "black sheep" in his pack. He wanted nothing to do with pack politics, but some things just can't be avoided. There was more than one reason why he left his family in the dark about Cooper, but that didn't make it sting any less. It also didn't make Cooper any less determined to help Park and his family - whether they wanted him to or not.

There were a lot of twists and turns in Thrown to the Wolves and I can honestly say I didn't see the "who" or the "why" coming until close to the end. I love it when that happens. ;) There were members of Park's family that were okay... and some that were not so okay... and a couple that redeemed themselves in the end. Park even threw me for a while, but that didn't last long. Again, after all they had already been through, I trusted Park and so did Cooper.

Things will definitely be changing for both Cooper and Park - I can't wait to see what's in store for them next.
Meer lezen
Een iemand vond dit nuttig
Vertaal recensie in het Nederlands

Amazon Customer
1,0 van 5 sterren Worst of the three
23 augustus 2019 - Gepubliceerd op Amazon.com
Geverifieerde aankoop
This was painful. PAINFUL to read. This book makes the first two look stellar in hindsight! Where to start... whiny uncommunicative Cooper is still just as unlikable and idiotic as ever, but unfortunately the one bright spot in this trio, Park, is completely unrecognizable now. SPOILER:

He winds up appearing weak, submissive, and downtrodden, entirely lacking in the self esteem and strength of character that made him so compelling in the first two books. Just no. Don't ruin the only good thing you got going author!

Meanwhile...there is NO PLOT. This book is nothing but the author's rambling, boring foray into werewolf worldbuilding. Not a single character comes out of this redeemed, or even enjoyable. I've actually seen this happen before--an author has some success with their first novel and the rush of accolades inflates their sense of importance (and talent) to the point they feel they don't need to follow basic creative writing concepts any longer. This book should have been the first draft, and had a huge editing session with an experienced editor. And then re-written until it had an actual plot, and someone, for the love of god, was an acceptable MC in the end.

Miner
4,0 van 5 sterren An interesting book regarding the lifestyle of werewolves
12 juli 2019 - Gepubliceerd op Amazon.com
Geverifieerde aankoop
I would like to read more books by this author, but there doesn't seem to be any.
This book had a very good plot, well defined characters and enough suspense for a murder mystery. I would have liked to have read more about the maintenance of the house and grounds and who handled the cooking, cleaning, etc. Also, what wolf dealt with the tenants and such things as accounting, insurance, etc. There seem to be very few books as good as this regarding a non-sensational approach to werewolves. Wolfsong and Ravensong (T J Klune) are very good shape changer books but I am unable to find others. Many books of this genre seem to feature bimbos clinging onto an animal with her clothes falling off which I don't find interesting. In regard to Cooper and Oliver, I was surprised to see Cooper emerging as the alpha male at the end of the book. I thought he seemed somewhat silly and flippant even as he seemed to be the hero in rescuing people/wolves. I much preferred Oliver who had the appearance, experience and manner of an alpha wolf.
Meer lezen
Vertaal recensie in het Nederlands
Ga naar Amazon.com om alle 52 recensies te bekijken 4,6 van 5 sterren
Terug naar boven
Over ons
Verkoop bij ons
We helpen je graag
© 1996-2020, Amazon.com, Inc. en dochterondernemingen