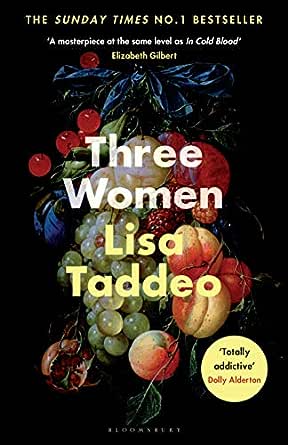 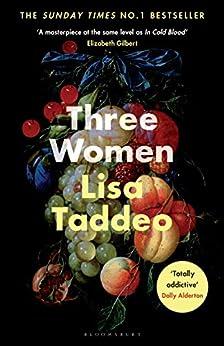 'A book that blazes, glitters and cuts to the heart of who we are. I'm not sure that a book can do much more' SUNDAY TIMES

'An instant classic' i

'So relatable it hurts' ELIZABETH DAY

All Lina wanted was to be desired. How did she end up in a marriage with two children and a husband who wouldn't touch her?

All Maggie wanted was to be understood. How did she end up in a relationship with her teacher and then in court, a hated pariah in her small town?

All Sloane wanted was to be admired. How did she end up a sexual object of men, including her husband, who liked to watch her have sex with other men and women?

'Reading Three Women is like reading the diary you could have never hoped to write. It pulses like an artery' OBSERVER

'The book every man should read' ESQUIRE

'Wow. I literally could not put it down' GWYNETH PALTROW

SoPA
1,0 van 5 sterren Yuck. Depressing.
14 juli 2019 - Gepubliceerd op Amazon.com
Geverifieerde aankoop
I pre-ordered this and paid full price, based on rave reviews from magazines & TV. I expected a sexy, empowering group of stories. I'm sorely disappointed, and struggling to finish the book. Ms. Taddeo is a great writer, and these women deserve to be heard. But PLEASE tell me that the kind of subservient-to-men, self-hating, self-disrespecting, pick-me-no-matter-what thinking that precludes these sorts of experiences are not the norm anymore! If so, we grown women apparently need a swift kick in the behind to wake up and stop giving everyone else power over our lives and loves. There is so much wisdom available to us via modern technology, that we no longer have to live sequestered with whatever familial, religious, cultural or societal boxes have been drawn around us. We have the awesome ability to choose how we engage with what badly behaving lovers do, even those who claim to love us. We can choose to love ourselves better than anyone else does, thereby leading by example and showing people what we won't tolerate, and what we deserve. And this is how we'll teach children to treat themselves and others with true love and respect. They need to see us leading by example. This book is not sexy at all. It's sad. Anyone experiencing anything like these stories needs compassion and help recovering.
Meer lezen
369 mensen vonden dit nuttig
Vertaal recensie in het Nederlands

Dr Ali Binazir
5,0 van 5 sterren A dazzlingly virtuosic guided tour of women's desire circa 2019 told via unforgettable characters
10 juli 2019 - Gepubliceerd op Amazon.com
Geverifieerde aankoop
First off, I have no idea how Lisa Taddeo wrote this book. It is mystery, thriller, art novel, revelation, and stealthy manifesto all rolled into one. Her endnotes say it took her ten years to write it, and I can see why.
From the 5000 or so letters women have sent me over the years seeking love advice, I thought I'd have some initiation into the issues of female desire. But this book seems to be something else entirely. The molecular-level excursion into the minds of the three women, their sometimes minute-by-minute thoughts, the earth-cleaving intensity of their deprivation and desire, the cataclysms of momentary fulfillment (followed by "Will it ever happen again?"), the perpetual background noise of inadequacy -- all revelatory. Is this sample representative of all women? Is this really what goes on inside their minds and bodies? The book's called "Three Women", not "All Women", and the poetry and heart of Taddeo's writing have the ring of truth to it, so I'll go with that for now.
The three central figures cover a broad range of Americana: an upper-class East Coast restaurateur whose husband likes to watch her with other men; a middle-class unhappily-married Midwestern mother of two reconnecting with her high school flame; and a working-class girl who got involved with her married teacher when she was underage. Taddeo depicts four-dimensional portraits of Maggie, Sloane and Lina, moving through time in the full range of emotional space. These portraits are so convincing that it felt at times that I resided inside the protagonists' heads. This is novelistic writing at its best, except that none of it is fiction.
The novelistic treatment can also get a bit heavy-handed. And it's hard for me to believe that it's all pain, bad decisions and anguish out there, punctuated by the occasional furtive orgasm from an illicit source. Fine, love and sex are complicated and all, but surely there's *someone* having some simple fun somewhere?
And there's a fourth player in the book: technology. I couldn't help but notice how much of the narrative was shaped by text messages deleted or spied on, cellphones running out of charge, sext and video spicing things up or bringing homes down. Apparently there be dragons out there, and Taddeo's book is artful, compassionate, and convincing cartography of some terra incognita. Read it for a deeper understanding of humans, or just for the thrill of it.
-- Ali Binazir, M.D., M.Phil., Happiness Engineer and author of The Tao of Dating: The Smart Woman's Guide to Being Absolutely Irresistible, the highest-rated dating book on Amazon, and Should I Go to Medical School?: An Irreverent Guide to the Pros and Cons of a Career in Medicine
Meer lezen
116 mensen vonden dit nuttig
Vertaal recensie in het Nederlands

A.M.
5,0 van 5 sterren Powerful and relatable.
11 juli 2019 - Gepubliceerd op Amazon.com
Geverifieerde aankoop
This book is insightful and brutal in its truth. I believe that most women can relate to one or all three of these women and their stories. Whether that be remembering the intense feelings of being a teenage girl, or being attracted to someone simply because of the intensity with which they’re attracted to you. Or maybe you’ve been with someone you know isn’t good for you, who doesn’t feel for you with the depth that you feel for them, but you keep going back, because how good it feels when you’re together. Maybe you feel the pressure to be exactly what men (a man) like(s)- to be put-together, sexy, and smart. To never have cracks to show that you have individual wants, needs, and desires that vary from their own. To never show that you have weaknesses or need anything beyond the minimum of what they will give.

I think this book is relatable in the strongest sense of the word.
Meer lezen

The three women in the book all have different stories but are similar in the sense that they are all feeling unfulfilled with their current situations.

I got very emotionally attached to all of these women, I was more invested in two of the three but every single story was compelling and upsetting at the same time. Each chapter shocked me a little more and I found myself frustrated with the feeling that the happiness of these women’s lives was so dependent on the actions of the men around them.

It was very easy to get invested in the stories and the writing does not make you feel like you are reading a work of non-fiction. I will say that if you don’t like sexual content in your books that you may want to pass on this one. Otherwise I completely recommend this book.

Book Addict
5,0 van 5 sterren “What would happen if one woman told the truth about her life? The world would split open.”
10 juli 2019 - Gepubliceerd op Amazon.com
Geverifieerde aankoop
With this book, our world is being blown open through the compelling truths of three women.

A review cannot do justice to the brilliance, beauty, and power of this book.

Absolutely flawlessly written and overflowing with insights from how a woman's sexuality is often vulnerably formed by life-defining events in our developmental years, to navigating patriarchal confines regarding female advocacy in sexuality, to how this all translates into our comprehensive life experiences as women.