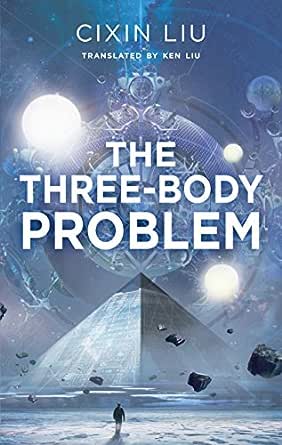 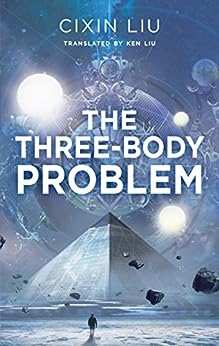 "The War of the Worlds for the 21st century... packed with a sense of wonder." - Wall Street Journal

"Tackles politics, philosophy and virtual reality in a story that moves at a thriller's pace" - The Washington Post

"Evokes the thrill of exploration and the beauty of scale." - The New Yorker

"Stunning, elegant...a science-fiction epic of the most profound kind." NPR

"Remarkable, revelatory and not to be missed." --Kirkus Reviews, starred review, on The Three Body Problem

"A must-read in any language." --Booklist, on The Three Body Problem

"The best kind of science fiction, familiar but strange all at the same time." --Kim Stanley Robinson, on The Three Body Problem

The Hugo Award winner and winner of the 2018 Arthur C. Clarke Award for Imagination in Service to Society.

1967: Ye Wenjie witnesses Red Guards beat her father to death during China's Cultural Revolution. This singular event will shape not only the rest of her life but also the future of mankind.

Four decades later, Beijing police ask nanotech engineer Wang Miao to infiltrate a secretive cabal of scientists after a spate of inexplicable suicides. Wang's investigation will lead him to a mysterious online game and immerse him in a virtual world ruled by the intractable and unpredictable interaction of its three suns.

'Cixin's trilogy is SF in the grand style, a galaxy-spanning, ideas-rich narrative of invasion and war' Guardian.

'Wildly imaginative, really interesting ... The scope of it was immense' Barack Obama, 44th President of the United States.

antoanetad
5,0 van 5 sterren Large scale science epic
30 juli 2016
Indeling: Kindle-editieGeverifieerde aankoop
This is science fiction as it was meant to be: scientific insights and human themes mix to create a really exciting, epic story. Would calling the author the Chinese Arthur Clark be offensive? This is what he reminds me of.
Meer lezen
Nuttig
Commentaar geven Misbruik melden
Vertaal recensie in het Nederlands

jg852
1,0 van 5 sterren Did I miss something or is this really just garbage...?
12 december 2018 - Gepubliceerd op Amazon.com
Indeling: Kindle-editieGeverifieerde aankoop
How in the world did this book average 4+ stars? My apologies, but I can’t tell you because I apparently read something completely different from everyone else!

Absolutely zero character development, I mean nothing! Just flat personalities all-round. In fact, I couldn’t begin to emphasise the two-dimensionalism present in this book even if I was blessed with the eloquence of a Joyce or Shakespeare.

Oh, and it might be good to have at least a PhD - no, that is a bit much, make it a Masters in physics - because the amount of academic regurgitation is borderline criminal!

And what the hell is this video game plot all about...are you kidding me?!? Dehydration!?? Utter-Rancid-Rotting-Garbage!!!

To leave my sardonic humour aside for a second, perhaps it really did not translate well from Chinese...similar to how Crazy Rich Asians (also garbage, but entertaining garbage!) was hugely profitable in the US, but an absolute bomb at China’s Box Office.

I’m so alone...someone please help me...please explain how I was led astray by so many?!
Meer lezen
178 mensen vonden dit nuttig
Vertaal recensie in het Nederlands

This series well and truly "blew my mind away". This isn't a page0-turning space opera adventure kind of story. The story is interesting and good, and there is most definitely some drama and entertainment - and the writing is excellent (translation to English is superb). But the main thing for me about this series is that it educated me about physics and really made me look at EVERYTHING through a new lens. The ideas in this book I had never encountered before - and I am a voracious reader. I found this series to be totally original and mind-blowing. There were time where I simply needed to put it down after reading only a short time, in order to simply ponder the ideas presented. I've never had quite an experience like this with a book.

Highly recommend this series. And, make sure you read all three, because each one is better than the last. The last book of the series was my favorite and just absolutely melted my brain. I mean, to the degree where I am questioning my own reality. Yes, it is that good. Really, a mind and perception altering experience.
Meer lezen
776 mensen vonden dit nuttig
Vertaal recensie in het Nederlands

Matthew I. Grivich
1,0 van 5 sterren Author does not know Physicists
18 januari 2019 - Gepubliceerd op Amazon.com
Indeling: Kindle-editieGeverifieerde aankoop
I'm about 25% into the book. I doubt I'll finish it. I have a Ph.D. in Physics, and my graduate program had a strong Particle Physics department (though I specialized elsewhere). The author shows a startling lack of understanding of what motivates Physicists and how they think, to a point where the book is ruined for me.

There is also rather ... amateur hour writing, which may be due to the translator.

In the book plot, the invariance of physics under translations in time and space has been proved to be wrong at higher energies, and because of this "There is no Physics" and scientists have started killing themselves due to despair. This is nonsense.

In the real world, Particle Physics has gotten rather boring and predictable. Short of some absurd theoretical results at energies that we can't test experimentally, the Standard Model has tremendous explanatory power and has explained all experiments and predicted new results correctly. CERN discovered the Higgs, as expected, but has brought out no new Physics, thus far. This is disappointing. Much, much more exciting would be a field breaking result, (such as a new, previously unknown, variance of Physics in time and space at higher energies). Particle Physics would be fun again.

Similarly, when Wang Miao starts seeing a countdown, instead of jumping to the most likely conclusion (that he is becoming mental ill, and needs outside, non-biased verification of what he is seeing) or that he is receiving messages from some outside intelligence, he starts to go crazy in a very over the top and amateurishly written way.
Meer lezen
126 mensen vonden dit nuttig
Vertaal recensie in het Nederlands

Kindle Customer
3,0 van 5 sterren Much muchness
8 augustus 2018 - Gepubliceerd op Amazon.com
Indeling: Kindle-editieGeverifieerde aankoop
After slogging though far too much science narrative while finding virtually nonexistent character development, I had to laugh when I read that the author started life as an engineer. I finally started skipping the science to find some plot development, sort of like skipping the cetology when reading Moby Dick. Despite these criticisms, Liu has created realms that can expand any willing imagination. But the book would benefit from an editor with a machete, to chop through the technical kudzu.
Meer lezen
82 mensen vonden dit nuttig
Vertaal recensie in het Nederlands

MB
5,0 van 5 sterren Buy This Book!
23 juni 2017 - Gepubliceerd op Amazon.com
Geverifieerde aankoop
I was on the fence about this book for a couple of years but I finally took the plunge and am extremely happy that I did! The reviews seemed to be a bit of a mixed bag and I saw some people suggest that it lacked interesting characters. Having read this book as well as its two sequels I can firmly say that this is not the case. There are several compelling and interesting characters in this book.

Above all else the plot, world-building and pacing of the book are completely top notch. To have a hard sci-fi book that is not about space marines and laser guns but still manages to be a page-turner that you can't put down is an amazing achievement! This book represents the best in science fiction. It's about big ideas and examining possibilities. I refuse to discuss the plot but if you have an interest in science and technology and love the hard sci-fi genre, stop reading this review and order the book immediately!

I will provide one disclaimer. If you have no interest in science whatsoever or just lack an aptitude or understanding of it, this book series may not be for you. You don't need to be a rocket scientist to enjoy this book but you probably will need to have at least a baseline understanding of some basic scientific principals and/or a willingness to google some stuff.