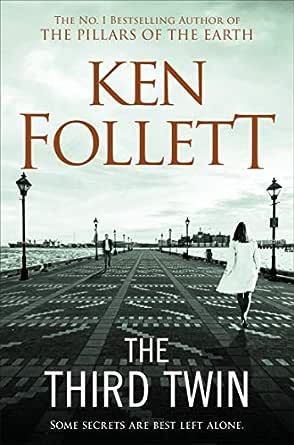 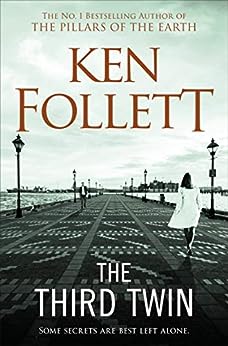 Praise for Ken Follett and The Third Twin "Follett infuses the book with an irresistible energy." --People "A provocative, well-paced, and sensational biotech thriller." --Variety

"[A] page-turner . . . Follett is one of the smoothest suspense writers around, and The Third Twin will only enhance his reputation." --Chicago Tribune

"[Follett] is a master of the fast-paced plot." --The Washington Post "Follett keeps the tension high." --The Oregonian "His scenes whip along. And his ending is absolutely smashing." --The Virginian-Pilot "Follett really knows how to tell a story." --The Atlanta Journal & Constitution

A thrilling, chilling story of hidden evil, The Third Twin is a heart-stopping, spine-tingling story from master of suspense, Ken Follett.

A Blossoming Love
One, Steve, is a law student and the other, Dennis, a convicted murderer. As Jeannie works with Steve on her project she finds herself falling in love with him, but their world is shattered when he is accused of a monstrous crime.

A Terrible Secret
Jeannie cannot believe that Steve committed the crime, but proving it means she will be forced to question everything she believes. And as she digs deeper, her investigation uncovers a terrifying conspiracy – and it becomes clear the plotters will kill to keep it hidden.

Igmarg
3,0 van 5 sterren Well Told Story
28 juni 2019 - Gepubliceerd op Amazon.com
Geverifieerde aankoop
I love Ken Follett's skill at storytelling. Got hooked on him first reading "Pillars of the Earth." This story, while well-told, is a victim of the ever-escalating pace of technological advancement. I read this book in 2019 (the story takes place in the mid-1990's). The "miraculous" technology of the mid 1990's is comically antiquated by current capabilities so, unfortunately, the story's twists and turns are rendered predictable. I'm sure I would have given this review 5 stars 20 years ago. That said - I will buy and read anything Mr. Follett writes!
Meer lezen
15 mensen vonden dit nuttig
Vertaal recensie in het Nederlands

Bama G'ma
3,0 van 5 sterren His writing - top notch - the story?
18 december 2017 - Gepubliceerd op Amazon.com
Geverifieerde aankoop
His writing is terrific. His story line is complex and well developed (as usual) but I guess the actual story didn't really ring my bell like he usually does. If you are wondering whether to read this or not I would say Follett is ALWAYS worth reading. This just wasn't my favorite.
Meer lezen
17 mensen vonden dit nuttig
Vertaal recensie in het Nederlands

Barb Ward
1,0 van 5 sterren I wish that I'd taken other reviews more seriously.
11 juli 2016 - Gepubliceerd op Amazon.com
Geverifieerde aankoop
I was very disappointed in this book. The writing was almost juvenile. I've read a number of Mr. Follett's books and have enjoyed them tremendously. It's difficult th believe that this written by the same author who wrote Pillars of the Earth. Don't waste your time or your money. Maybe this was his first?
Meer lezen
18 mensen vonden dit nuttig
Vertaal recensie in het Nederlands

Peter K.
2,0 van 5 sterren A Very Early Ken Follett Book
28 juli 2019 - Gepubliceerd op Amazon.com
Geverifieerde aankoop
I read the KIndle version in July 2019. Having read all of Ken Follett's superb books in the PIllars of the Earth series and others as well, I have to say The Third Twin was the most poorly written and atrociously edited book of his I have read. When the spelling of a character's name changes on the same page (more than once!), when indentation of dialogue is mis-used, and when basic punctuation is just plain wrong, I have to believe the editor(s) were asleep. The plot is easily predictable and often just so extreme as to be unbelievable. The book was released in 1996 so it was over 20 years ago, when technology was vastly different from today, but even so, the plot has to be somewhat realistic and not stretch the imagination beyond belief. Ken Follett has written much better books.
Meer lezen
3 mensen vonden dit nuttig
Vertaal recensie in het Nederlands

The Professor
4,0 van 5 sterren Who to whom and back?
16 februari 2018 - Gepubliceerd op Amazon.com
Geverifieerde aankoop
Again the master holds us on the edge of our seats till the end. Not a latest release but if felt like an unread bestseller. Good pace, well defined characters generally although Linda could use more definition given her role. Sorry to reach the end, always a good sign when I read!
Meer lezen
4 mensen vonden dit nuttig
Vertaal recensie in het Nederlands
Ga naar Amazon.com om alle 581 recensies te bekijken 4,0 van 5 sterren
Terug naar boven
Over ons
Verkoop bij ons
We helpen je graag
© 1996-2020, Amazon.com, Inc. en dochterondernemingen