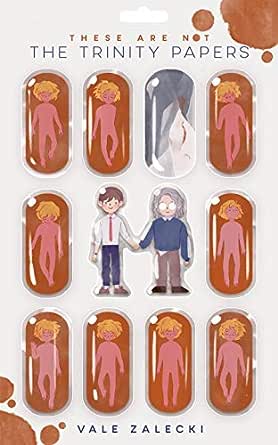 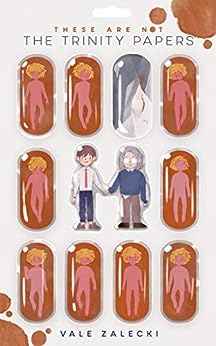 These Are Not The Trinity Papers (English Edition) Kindle-editie

Isaac Beringer knows the thesis he penned during his psychotic fit was utterly absurd and he was right to be laughed out of academia. Yet decades later, he finds himself summoned to the United States by Elias Cohen, the CEO of a multi-billion dollar technological giant who just happens to be his biggest fan. Elias may be beautiful and brilliant, but Isaac knows he must also be extremely batty to consider Isaac's thesis the greatest scientific work of the 21st century. He soon finds out how deep the rabbit hole goes; a rabbit hole that houses a sprawling neural network of servers designed to emulate human learning, human corpses 3D-printed with flesh and blood, and a monumental amount of effort to resurrect one particular person from the dead. And Elias isn't even his only fan.

Isaac might have shaken off his insanity, but unfortunately, the world around him has just fallen in love with it.
click to open popover

Cosmic_Leech
4,0 van 5 sterren Strangely Wonderful
1 januari 2020 - Gepubliceerd op Amazon.com
I really don't know what to say about this.
It was an interesting romance of sorts, along with lots of crazy. And gore. And an AI?

I would read it again, even if the book makes me feel half as crazy as the characters.

Also, happy ending, though a bit strange
-Though, I would have liked to see what the machine actually did...