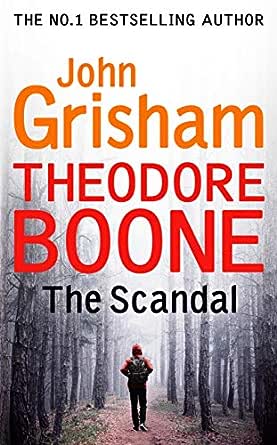 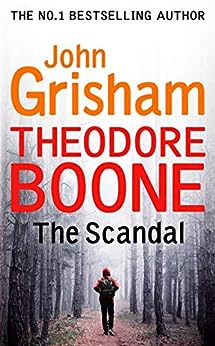 Praise for the Theodore Boone series: "Smartly written." --USA Today "Edge-of-your-seat drama, sophisticated plotting, and plenty of spunk." --Chicago Sun-Times "Classic Grisham." --The Los Angeles Times "Not since Nancy Drew has a nosy, crime-obsessed kid been so hard to resist." --The New York Times "Gripping . . . I would recommend this book to anyone who loves a good mystery. I think everyone will be enthralled by Theodore Boone." --Scholastic News

'I'm the lawyer, and you're the client. My advice to you is to bury this and not tell a soul. Never. Got it?'

Theodore Boone, courtroom hero and the only kid lawyer in town, is facing a tough week at school with his exams.

But things take a turn for the worse when a huge scandal is revealed - by none other than his best friend, April. And when April makes a decision that Theodore advises against, the scandal suddenly blows up and is all over the news.

Their futures are on the line and April's running scared. Can Theodore find a way to reverse the damage and save several lives from ruin?

What readers are saying about THEODORE BOONE: THE SCANDAL

Michael G Kurilla
3,0 van 5 sterren Everyone gets a bit testy over this one
28 februari 2017 - Gepubliceerd op Amazon.com
Geverifieerde aankoop
The Scandal is John Grisham's latest Theodore Boone adventure. This time out, Theo and friends are taking standardized tests for all eighth grade students in the state. One of Theo's friends is told of possible cheating by teachers at another school to help their students to the detriment of Theo and his friends. One anonymous letter later, the town is immersed in a scandal. Theo is involved through his mother who ends up defending the teachers from the charge of conspiracy.

This time out Theo plays a much smaller role in the overall resolution of the major issue. His involvement is limited to getting the judge to push back the hearing to later in the day so Theo can attend. While he does have inside information, he plays everything pretty cool and remains aloof of the proceedings. He does have the opportunity to offer some legal advice to a friend and takes another round in Animal Court (although pretty much losing the case). Overall, Theo is more a spectator, watching out for a friend, rather than integrally involved in resolving the mystery which is not much of a mystery to begin with.

Grishman is a bit preachy with the this offering, clearly outlining his thoughts on standardized testing. At the same time, he does a good job of demonstrating the difference between breaking the law and merely doing something wrong. Perhaps Theo is ready for high school and a new set of experiences and adventures.

Loretta M. Ulmer
5,0 van 5 sterren Really Good!
27 mei 2016 - Gepubliceerd op Amazon.com
Geverifieerde aankoop
I really enjoy reading the Theodore Boone books in general and Theodore Boone: The Scandal in particular. As I have said before, these books are written for pre-teenage children, but are just as interesting and entertaining for adults.

Theodore’s Uncle Ike is a disbarred lawyer, the reasons for being so are hinted at, but I suspect will be revealed in a future book! I look forward to this plot twist.

Read the book to get the whole story—it will be worth the time!

James F. Lawson
4,0 van 5 sterren They cheated and I missed the curve
16 juli 2016 - Gepubliceerd op Amazon.com
Geverifieerde aankoop
Like 8th grade students across the nation, Theo and his classmates must take placement tests to determine if they are to be place in Honors, Normal or Special Attention groups in high school Theo misses honors by one point and is bitterly disappointed. Soon it comes to light that a small group of teachers at another middle school altered scores on a number of exams, thus skewing the curve. when the teachers are fired, they hire Marcella Boone to represent them. Because Theo believes that a bad day in court is better than a good day in school, he does his best to be allowed to attend the hearing
Meer lezen
2 mensen vonden dit nuttig
Vertaal recensie in het Nederlands