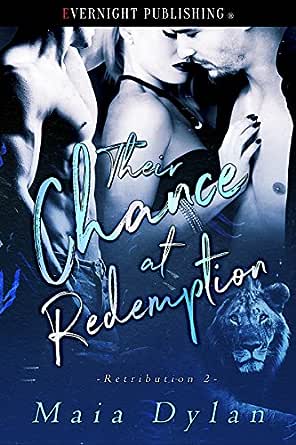 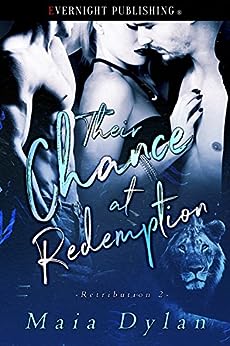 Kieran Murphy knew that Josie Cadman was important to him from the moment he saved her from a mad man. The only thing stopping him from claiming her was the fact she wasn’t his mate.

Josie convinced herself that what she felt for Kieran was nothing more than hero worship. Hearing that he’d found what he was looking for, and it wasn’t her, made it painfully clear that no matter what her feelings, they simply weren’t reciprocated.

When she bumps into Liam McMurtrie, literally, Josie starts to believe that perhaps there might be an alternative option. It’s not until the three of them cross paths in the heat of another battle on the streets of Chicago, that their true fate is revealed.

Can the three of them deal with another mafia mad man hell bent on destroying their lives and still find their way to a future together? Or will they lose their chance at redemption?
click to open popover

Rhonda
5,0 van 5 sterren Loved this story!
31 januari 2018 - Gepubliceerd op Amazon.com
Geverifieerde aankoop
I loved this story so much although I wanted to pound Kieran in the head quite a few times. He doesn't believe that Josie is his mate because she doesn't feel the mating bond so he pushes her away, even though he is always saving her from being hurt in some way. When she meets Liam, he KNOWS Josie is his mate and sets about finding out about her. Events happen to drive Josie away and when Liam and Kieran realize she is gone, together they search for her. Kieran has realized he made a mistake pushing her away by thinking he was keeping her safe from whoever was targeting him. Nope, they are still after her. What is the connection between Liam and Kieran and why did Liam come to town. There are some twists and turns and the story goes a little dark but not too dark. I can't really say much without giving the plot away but Maia Dylan is a master writer who weaves stories her readers wait for. It was nice to see the characters from the first book in this story. Will Kieran and Liam be able to keep their mate safe? Who is after Kieran? And will Josie forgive Kieran for pushing her away all that time? I loved this book and now I can't wait for the next story. I love tiger shifters!
Meer lezen
Vertaal recensie in het Nederlands

Mobookworm
5,0 van 5 sterren OMG, amazing world here
6 februari 2018 - Gepubliceerd op Amazon.com
Geverifieerde aankoop
This had me on edge and in tears.
Josie was so strong. I admired her so much.
Kieran I wanted to smack him, wake up man and listen to your animal side! Be the Alpha you're meant to be!
Then here comes Liam, oh man was he a surprise. I can hear his voice clearly, sexy as heck.
This series is just getting better with each book, the momentum is building and I can't wait to see what happens next!
Have to say, one of the best shifter series I've read, and I read a lot!!!

LAS Reviewer
4,0 van 5 sterren Good Reading
22 januari 2019 - Gepubliceerd op Amazon.com
I love paranormal romances for that insta-bond you usually get. The thing I love about this book is you don’t get that! Kieran is attracted to Josie, more than he can even say. He won’t do anything about it though, as he knows she isn’t his mate, and he doesn’t think it is fair. Liam knows she isn’t his mate, but is determined to make her his as soon as he possibly can. Put the three of these together, and it is lightning bolts all the way!

This is the second book in the series, and I would like to read book one. I think it would help with a lot of groundwork to fully understand what was going on. Saying that, it isn’t difficult to grasp, but I do like having all the details. The characters are incredibly well-written, and not just the main triad, but all of them. The pacing is fast yet smooth, and the ending gives this story a very satisfactory ending, whilst still leaving you wanting more.

This story is another jewel in the crown of Maia Dylan, and I have no hesitation in recommending it.

julie
5,0 van 5 sterren A story that I didn’t want to end
30 januari 2018 - Gepubliceerd op Amazon.com
Wow!! Omg wow!! I’m so in love with this book , not only do I love Kieran and Liam and Josie but I also fell in love with Kamon and Rune.( but let’s talk about them later)
Kieran who is the alpha of the Black ridge pack.. was I’m going to say in Love with Josie from the start but the problem her is the mate bond is not here... and to watch this strong alpha lion fight his feeling for her was killing me I sooo wanted to smack him upside the head couple of times through this read,.. I tell you he was one frustrating Alpha but his dominance and well just him makes me forgive him for his frustrating self...oh and Liam *smirk* I think I fell in love with him the exact same time when Josie bumped into him at the ATM.... but he is full of surprises!!!

So anyways when you take Josie and it her with two very alpha males the sparks and the fireworks or just go off that just shoot off from the page is unreal, but not only was there Sparks and heat between them there was also frustration hard ache and a lotta mistakes made on the way.. and the one reason that I love Josie so much is she made me laugh between her and violet I laughed I laughed and giggled...

So this story had me oh and Ahhh and gasping and laughing and having some OMG moments ... and that is really why I loved this book it grab me from the start middle and it just never let me go!
And before I leave my review I have to say I cannot wait for the next to learn more about the twins yes the two I mentioned before I have to say I love that there was never a lack of any kind of dominant male in the story love love love that not only were all of them someway dominant they all made me smile and laugh here in there!

I’m sorry if I seem to be all over the place but that’s how excited I am about the story I clearly just finished and I’m humming I’m Just in wow...
Meer lezen
Vertaal recensie in het Nederlands

Titania
4,0 van 5 sterren I enjoyed meeting Josie
30 januari 2018 - Gepubliceerd op Amazon.com
Kieran wants Josie with a passion but she isn't his mate. No matter how much he wants her the bond did not snap into place upon their meeting. But is something or someone missing?

I enjoyed meeting Josie, Liam and Kieran. Kieran is attracted to Josie and he knows the feelings are reciprocated but their is no bond. No bond increases the potential for pain should it happen with someone else. That doesn't mean he likes the options available to him especially the one that allows Josie to be with someone else. Enter Liam. He wants Josie and is determined to get her. But can he give her what she needs?

I really enjoyed this story by Ms. Dylan. I had not read the first in the series but I was able to keep up and enjoy Kieran, Josie and Liam's journey to a happily ever after. This story was a quick read but well written. I look forward to where Ms. Dylan will take us next in this series.
Meer lezen
Een iemand vond dit nuttig
Vertaal recensie in het Nederlands
Ga naar Amazon.com om alle 7 recensies te bekijken 4,7 van 5 sterren
Terug naar boven
Over ons
Verkoop bij ons
We helpen je graag
© 1996-2020, Amazon.com, Inc. en dochterondernemingen