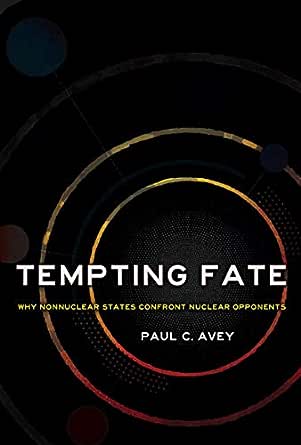 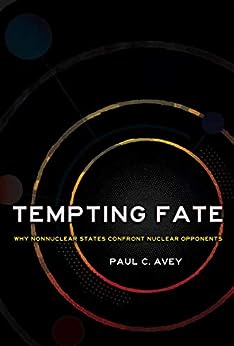 Why would countries without nuclear weapons even think about fighting nuclear-armed opponents? A simple answer is that no one believes nuclear weapons will be used. But that answer fails to consider why nonnuclear state leaders would believe that in the first place. In this superb unpacking of the dynamics of conflict under conditions of nuclear monopoly, Paul C. Avey argues that the costs and benefits of using nuclear weapons create openings that weak nonnuclear actors can exploit.

Tempting Fate uses four case studies to show the key strategies available to nonnuclear states: Iraqi decision-making under Saddam Hussein in confrontations with the United States; Egyptian leaders' thinking about the Israeli nuclear arsenal during wars in 1969–70 and 1973; Chinese confrontations with the United States in 1950, 1954, and 1958; and a dispute that never escalated to war, the Soviet-United States tensions between 1946 and 1948 that culminated in the Berlin Blockade. Those strategies include limiting the scope of the conflict, holding chemical and biological weapons in reserve, seeking outside support, and leveraging international non-use norms. Counterintuitively, conventionally weak nonnuclear states are better positioned to pursue these strategies than strong ones, so that wars are unlikely when the nonnuclear state is powerful relative to its nuclear opponent. Avey demonstrates clearly that nuclear weapons cast a definite but limited shadow, and while the world continues to face various nuclear challenges, understanding conflict in nuclear monopoly will remain a pressing concern for analysts and policymakers.

Thanks to generous funding from Virginia Tech and its participation in TOME (Toward an Open Monograph Ecosystem), the ebook editions of this book are available as Open Access (OA) volumes, available from Cornell Open (cornellopen.org) and other Open Access repositories.