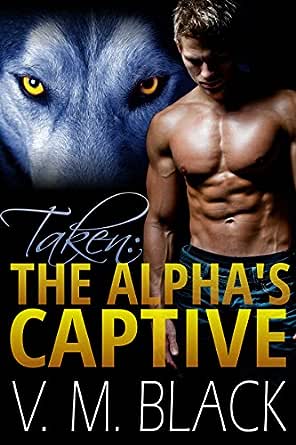 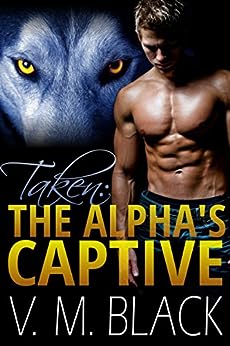 Running for his life, he takes her along for the ride….

Biker werewolf Levi Harris has a habit of going off half-cocked and getting into trouble. But this time, the trouble just might prove fatal. He’s stolen a trove of information from a powerful vampire mafia network, and they won’t rest until they get it back—and get revenge. His only chance of survival is to extract the information and put it to use before the bad guys catch up with him.

Curvy bombshell Harper Bailey is a good girl with a weak spot for bad boys. When Levi appears, she thinks her dreams have just rolled up on the back of a motorcycle. Little does she know that he’s about to hijack her car and take her straight into the crossfire. But Levi himself might just prove the greatest danger of all….

Book Two is out now! Search for The Alpha's Captive: Pursuit.

I've loved wolves for more than twenty years, ever since reading a book on the white wolves of Ellesmere Island as a child, but at the same time, pack structure has always saddened me. Life seems great--for the alpha pair at the top! But for the other wolves, it seemed, well, limited and even repressive.

How thrilled was I, then, to learn that those researchers were wrong about how packs are formed and maintained! When I found out the truth, I was inspired. Never before had werewolf stories really caught my imagination, but with this new research, I was both excited and touched by the idea and wanted to incorporate it into a werewolf society of my own.

(The details? Well, they'll come out in time, of course! Or, er, you can cheat and Google it and get a pretty good idea. But that will spoil the surprise.)

Sapphyria
3,0 van 5 sterren Shifter Story with a Cliffhanger
28 januari 2017 - Gepubliceerd op Amazon.com
Geverifieerde aankoop
Levi is a shifter who spends the first few pages entering, stealing, and attempting to flee a vampire's nest with a very important object. An object that might just get Levi killed. In his efforts to flee without being tracked he carjacks a beautiful woman, who ends up being just as impetuous as he is.

Harper cannot believe the god who just drove up on his motorcycle as she's fixing her broken down car. Hot and mysterious, Harper believes his intentions are good - until the only thing she sees are the taillights of her car getting smaller the further it gets away. Hopping on the mystery man's bike to catch up, she's ill-prepared for the road she just signed up to travel down.

Taken is the first part of a multi-part serial. Due to the overall short length of the story, there really isn't a chance to decide whether or not the characters are likable. Sure they both banter back and forth in a playful manner, but there's more to personality and likability than that. Some of the story details are inconsistent, too. At one point, Harper makes it a point to say that she lives alone in Baltimore, then turns around a short time later and sends a text to her housemate? Plus, Right at a pinnacle, the author ends the story.

I was intrigued by the story and think that the story could develop into something nice. I'm sure it does in the next parts of the serial but serials like this aren't for me. I don't mind longer books with cliffhangers but a short book just annoys me. There wasn't really enough time in the first part to get to the point of desperately needing the next book - even with the cliffhanger.

unicorn64
5,0 van 5 sterren Taken: The Alpha's Captive BBW/Werewolf Paranormal Romance #1
7 maart 2015 - Gepubliceerd op Amazon.com
Geverifieerde aankoop
This is the first book in the series and was free d/l from Amazon. I really enjoyed it. Levi is portrayed as a bad boy werewolf but I get the feeling is might also be an undercover cop of some kind. Only time will tell. Anyway He stole something of importance from some really bad guys and now they are after him. He is recognized as is his super powerful bike so he needs to get different transportation. He sees a car along the side of the road and a curvy woman at it but he is in a hurry so he plans on stealing her car. Her name is Harper and this is her baby. She has a flat tire and he did help her change it then stole it. She wasn't happy with that and he left his super hot bike. She knew how to start it even though he did not leave her the keys. So she did and chased him down. When he wouldn't stop the car from her pounding on the drivers window she pulled to the right side of the car and was going to try and crawl in the window from the bike. He didn't want to see her hurt so he pulled over and stopped. After she got in the car she got her purse and pulled out a gun. He had a gun too and she tried to disarm him but in the skirmish her gun went off and she shot him. Being a werewolf his body began healing itself immediately. He told her he didn't want her with him because it was dangerous. He told her he would give her car back when he was through using it but she wouldn't agree. She was staying with him. At one point he kissed her rough and deep and she kissed him back just as rough and deep. They took off and he pulled into a barn to wait till his pursuers passed them. While waiting he called someone and Beane said what did you do. He knew Levi had done something and was in trouble. They talked and then he was trying to figure the knife out that he had stolen. He needed a tweezers to pull out the cotton to get at what turned out to be a micro SD card. He needed to get the SD card or the info on it to Beane some how. While they were waiting he ended up taking Harper on the hood of her car. He did rock her world. Then just as they were done the door exploded. Levi didn't even think about it he shifted into a wolf and leaped at the men at the door. He ripped ones neck apart and was faced with how to get the rest and one guy had a grenade launcher. They were fighting and he was trying to figure out what to do when Harper had made it to his gun and shot the guy with the grenade launcher. Then he heard her voice to get in the car. She pulled out of the barn and headed down the road. She said told you I'd figure out your secrets I just didn't expect one of them was that you were a werewolf. End of Book 1. I loved it. There is a sexual scene depicted in the book making it for adults only, no one under 18. I hope I get to read Book 2 and 3.
Meer lezen
Vertaal recensie in het Nederlands

Casie L
4,0 van 5 sterren Great serial episdoe & it is completely written, so NO WAITING :)
21 december 2014 - Gepubliceerd op Amazon.com
Geverifieerde aankoop
My Thoughts - 4 out of 5 Unicorns - I really liked it!!!
***Received a copy of the ebook in exchange for an honest review, but I already owned this one and you can too, it is free!!

The cover is awesome whether looking at the first cover or the new one :) I love them both :) Levi is looking very sexy :)

I’m starting with the must knows first :) This is a serial, and for those who don’t understand what that is: it is like a tv show with several episodes and this one has 7 episodes. You must read them in order to understand, and you probably will scream when or where it ends :) Good news :) All episodes are out and no waiting is required :) Some authors do serials really well and V.M. Black is one of them. I say this because even though it is a whole book by itself, I think it is an art to pick just the right place to end where it does feel like you made the reader walk into a wall to stop the story. She ends at a good place where you have a little closure, but you definitely know there is more and want to read it :) This of course is for adults only because it has some very steamy scenes.

Levi and Harper are two great characters :) Harper is strong and won’t let anyone taken anything from her, and she is adventurous :) I love her spunky attitude and that she keeps surprising Levi with the unexpected :) Levi is sexy and sort of mysterious, and of course Harper doesn’t realize why she is so taken with him other than she has a thing for bad boys :)

This episode is smoldering with awesome adventure and action :) I can’t wait for more :)

I recommend this serial to all my wolf lovin’ friends especially if you are already a fan of V.M. Black. Off to read the next one :)