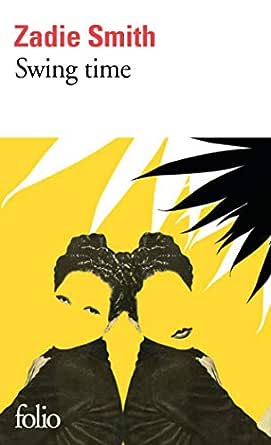 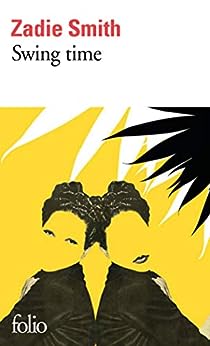 John T C
5,0 van 5 sterren Excellent
24 november 2016
Indeling: Kindle-editie
This is my second Zadie Smith book, and like the first, it lived up to expectations. Written with a strong sense of dramatic necessities and constant action and interactions, it brings to life characters that are vivid and easy to relate to, especially Aimee and Tracy, the two principal characters whose lives the story is centred around. The story comes with insights and depths that we find in historical and family sagas like Disciples of Fortune, This was Man, The Godfather, Master of the Game. Swing Time is a must read.
Meer lezen
Nuttig
Commentaar geven Misbruik melden
Vertaal recensie in het Nederlands
Alle 1 klantenrecensies bekijken
Klantenrecensie schrijven

mamasquirrel
3,0 van 5 sterren Sad and unrewarding
4 april 2017 - Gepubliceerd op Amazon.com
Geverifieerde aankoop
I am so sick of reading books where in the end you just don't care about any of the people in them. That seems to be a dominant theme in a lot of these Booker Prize listed books. I have now read a number of them and I can say Swing Time mirrors the others. A plot that never really goes anywhere, and unlikeable characters' stories woven in chapters in different times. For some reason this story kept me plodding through but with little satisfaction in the end. One person mentioned that we didn't even learn the heroine's name. That was purposeful on Smith's part, I am sure, as she never became anyone, never broke out of her bubble, was only defined by her roles with others. Sad and unrewarding in the end.
Meer lezen
27 mensen vonden dit nuttig
Vertaal recensie in het Nederlands

Is the Coleman
4,0 van 5 sterren A Multi-faceted Book of Two Bi-racial Girls.
10 december 2016 - Gepubliceerd op Amazon.com
Indeling: Kindle-editieGeverifieerde aankoop
Swing Time by Zadie Smith
Swing Time, a multifaceted story of two biracial girls growing up in significantly different homes who become inseparable friends but face divergent destinies.
Tracey and the Narrator (unnamed) meet in 1982 as they are both signing up for a ballet class at a church in a working-class section of London. Both are mixed race with the narrator having a black intellectual ambitious mother (of Caribbean descent) while her white father who is nurturing but less ambition. Tracey’s mother, on the other hand is white, ignorant, indulgent and unattractive and her criminal father spends most of his time in jail leaving Tracey morally directionless. Tracey has the talent and ends up on stage with a dancing career while the narrator begins work as a personal assistant to an Australian Madonna-like pop star named Aimee. Aimee decides to build a school for girls in West Africa and the narrator takes on the complicated dynamics of working in a country entrenched in poverty and old beliefs taking assignments from a unstable boss. She reports, "I scheduled abortions, hired dog walkers, ordered flowers, wrote Mother's Day cards, applied creams, administered injections, squeezed spots, and wiped very occasional break-up tears.". The story begins in 2008 as the narrator is reeling from the embarrassment of being fired and then moves back and forth in time and location from London to New York to West Africa. The chapters headings are numbered but not identified as to time or location and so it takes a minute to figure out the location and time frame. It is written from the first-person narrative making the identification of who is speaking easier to determine. Some of the characters, although central to the story, seemed to be not fully realized. Intelligently written and researched. 4 stars

A Reader
3,0 van 5 sterren Just not convincing
24 november 2016 - Gepubliceerd op Amazon.com
Geverifieerde aankoop
I keep reading Zadie Smith thinking I must be missing something. Everyone proclaims her a literary superstar, but I've always found something lacking in her novels. In the beginning I found her to be undisciplined, unfocused, in strong need of an editor. She gave me a headache. Now I think the problem, at least for me, is that she lacks depth, although it seems on the surface as if she's writing about deep issues. In her latest revisit to NW London, her sense of place is indelible, but I found the drawn out story of an on-again-off-again friendship, and a subsequent friendship with a rock star, not at all convincing. In particular, the character of Aimee, the rock star, feels false. I didn't buy that relationship at all. Adding an EDIT here, as I think about this some more: one big problem is that I think Smith skates over characterizations without doing deeper work. The whole book is predicated on the idea of dance as a metaphor, but as someone who knows something about dance I found the writing absolutely lacking in anything resembling truth. The girls watch videos and talk very vaguely about dance, but there's nothing from Smith about their bodies, nothing about movement, nothing about discipline or pain or pleasure of dancing, no true description of what it really means to be a dancer. Just fake-sounding talk. Did she do any research at all on this subject? Equally, the references to old movies feel like that's all they are: references from research, titles, a bit of color laid in, nothing more. Smith clearly doesn't know what it means to be a singer. We get nothing of Aimee's music, nothing about who she is as a musician, nothing about a life dedicated to music, only a false conflation of Madonna and someone else maybe? And possibly the worst thing is the friendship Smith begins with, something that seems profound between two needy children, gets completely lost as she moves on. What happened to Tracey, exactly? Why did she go off the rails? What is wrong with her? She sketches what might have been the most interesting character without any completion, which is frustrating for the reader. Occasionally Smith's insight into someone's nature is described beautifully, with beautiful, lyrical language, especially scenes set in Africa (the most authentic scenes in the book), and I'd think, oh here it is, the high caliber talent that won Smith her accolades. But that feeling would slip away as I read on, as it always seems to do.
Meer lezen
228 mensen vonden dit nuttig
Vertaal recensie in het Nederlands
Ga naar Amazon.com om alle 375 recensies te bekijken 3,5 van 5 sterren
Terug naar boven
Over ons
Verkoop bij ons
We helpen je graag
© 1996-2020, Amazon.com, Inc. en dochterondernemingen