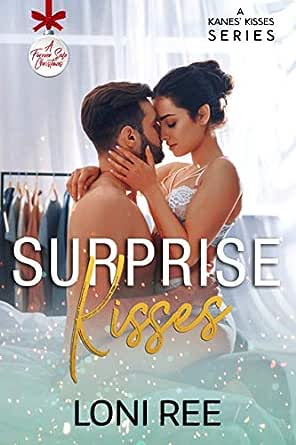 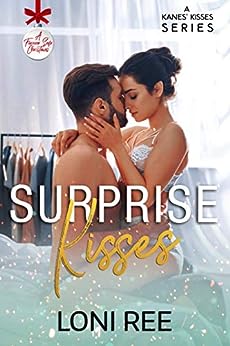 Drinking and the Lennox women don’t mix. Sophie was always warned of that fact because they’re notorious for their antics when alcohol is involved. But one small taste can’t hurt, right? Or so she thought, then the next thing she knows, she’s making out with a hottie. And so begins another Lennox tipsy holiday story to share.

Jason Kane can’t believe his luck. His dream girl kisses him under the mistletoe only to have his brother ruin everything. Jason has little hope of finding her again until fate steps in and she lands right in his lap. Now he plans on having all of Sophie’s kisses for life.
click to open popover

Charity Esparza
5,0 van 5 sterren Love Under the Mistletoe
11 januari 2020 - Gepubliceerd op Amazon.com
Geverifieerde aankoop
Very cute and fun story! I love that Sophie and Jason met when her sister dares her to kisses the next man under the mistletoe. They end up getting separated, and each is anxious to find the other again. The path to their reunion turns into a comedy of errors. Reading this book put a smile on my face, and provided some much needed laughter!
Meer lezen
Vertaal recensie in het Nederlands

Caitlin Mitchell
5,0 van 5 sterren I loved this!
19 december 2019 - Gepubliceerd op Amazon.com
Geverifieerde aankoop
I received this book as an ARC and I loved it! I love how they met through a dare and the universe brought them back together in a funny way.
Meer lezen
Vertaal recensie in het Nederlands

Lourin
5,0 van 5 sterren Surprise Kisses
16 januari 2020 - Gepubliceerd op Amazon.com
What was suppose to be a dare for a pair of Loubotins, turns into a perfect love match.

For Sophie Lennox there is a running joke around town about the antics the Lennox women may get up to when alcohol gets involved. A night out in a different town was suppose to be Sophie's sisters idea of a girls night out. But once again a bet and alcohol have Sophie kissing the first guy who walks under the mistletoe.

When Jason Kane walked into the bar for a business dinner he wasn't expecting a woman to throw herself at him. But once her lips connect with his he knows that he's found the woman that is going to be his. However, when he turns his back, his little woman runs. Now Jason's just got to find her, even if it takes adopting a new puppy with separation anxiety.

This was a cute story. I loved how far Jason went to get Sophie...even going so far as to put up with her crazy sister and friend.

Olivia G.
5,0 van 5 sterren Love At First Dare
20 december 2019 - Gepubliceerd op Amazon.com
I love books where they start off with the main character doing something totally out of their usual comfort zone and having it result in them finding their forever. That is just what happens when Sophie is dared to go kiss the next man that walks in, and that ends up being Jason Kane hottie extraordinaire. This book really made me fall in love with Sophie and Jason, while also making me feel all warm and fuzzy inside because they are both great people who have some very cute animals. If I could have given this 6 stars I would have.
Meer lezen
Een iemand vond dit nuttig
Vertaal recensie in het Nederlands

Geeky Girl Review Cafe
5,0 van 5 sterren Holiday Rom-Com Delight
19 december 2019 - Gepubliceerd op Amazon.com
We'd met Jason in Holly Kisses as he was one of the Kane triplets and I was anxious to see how his story would unfold...Loni did not disappoint.

A relationship that starts thanks to a series of comedic blunders, an illness faking dog and some well meaning ladies affectionately dubbed the "ditzy duo"...yup this isn't your usual holiday romance its a rom-com delight!

I really loved that Sophie was a successful veterinarian and Jason a lawyer. Two people in successful, fast paced careers that find a way to make a relationship work. So often we don't see career woman in romance books so kudos to Loni for using them in this "series".