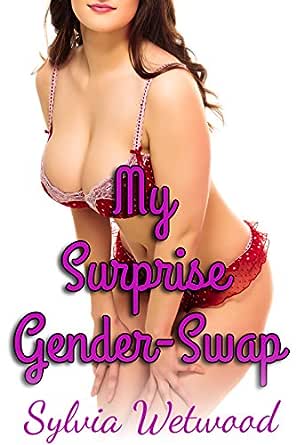 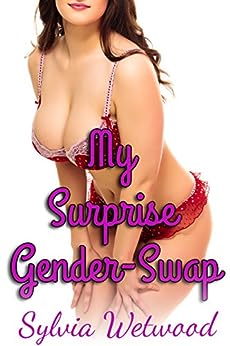 My Surprise Gender-Swap, the complete three-book series, is now available as a bundle! Get all 3 stories at a great value here:

Jerry is about to embark on the best night of his life. The CEO of his company, Daniel Larsen, has chosen him, low-on-the-totem-pole Jerry, to come to his gala as a special guest! And all Jerry has to do in exchange is be part of a simple demonstration for a new machine that Mr. Larsen is working on.

A ten-second demonstration, Mr. Larsen had said. In and out, and you'll be back to the party before you know it.

Jerry couldn't possibly refuse such a tempting offer. Being in the CEO's good graces AND rubbing elbows with the elite of the city, just for this simple favor? The choice was easy. Jerry agreed, and then he was off to rent a tux and prepare himself for the big night.

What Jerry doesn't know is that Mr. Larsen lied. The machine he's working on is far from simple, and he knows that it works. This is the final test of it before he shows it to the world--a machine that can change genders! One trip through, and you come out the other side a completely different person.

Jerry expects to come out the other side of this gala living the high life and making valuable connections. But the night is going to take him in a completely different direction. Will he like it?

Or will it be too much for him?

Check the Look Inside for a sneak preview of My Surprise Gender-Swap!
click to open popover

Kindle Customer
5,0 van 5 sterren Wishfully change
10 september 2019 - Gepubliceerd op Amazon.com
Indeling: Kindle-editieGeverifieerde aankoop
I like it 😊👍 also I wish I could have been there for a body change. I would love to see myself like that.
Meer lezen
Vertaal recensie in het Nederlands