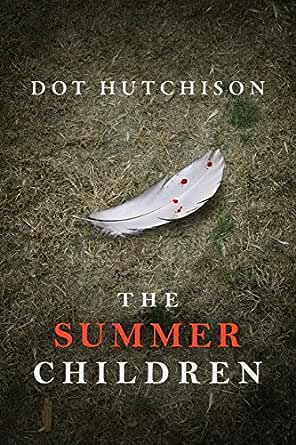 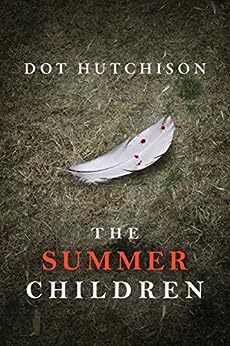 When Agent Mercedes Ramirez finds an abused young boy on her porch, covered in blood and clutching a teddy bear, she has no idea that this is just the beginning. He tells her a chilling tale: an angel killed his parents and then brought him here so Mercedes could keep him safe.

His parents weren’t just murdered. It was a slaughter—a rage kill like no one on the Crimes Against Children team had seen before. But they’re going to see it again. An avenging angel is meting out savage justice, and she’s far from through.

One by one, more children arrive at Mercedes’s door with the same horror story. Each one a traumatized survivor of an abusive home. Each one chafing at Mercedes’s own scars from the past. And each one taking its toll on her life and career.

Now, as the investigation draws her deeper into the dark, Mercedes is beginning to fear that if this case doesn’t destroy her, her memories might.

aRose4Emily
2,0 van 5 sterren Possibly the worst in the series
17 augustus 2018 - Gepubliceerd op Amazon.com
Geverifieerde aankoop
I so wanted this book to be good (like the 1st one) unfortunately, it ended up being a disappointment (like the 2nd one). The story itself has potential but the author simply didn't come close to making the most of it. There are no twists and turns in the plot. There was never a point where I just couldn't put it down. It was definitely lacking suspense.

One of the things I found particularly strange and annoying was the relationship between the characters. They were portrayed like some cutesy high school clique, having sleepovers and hugging and hanging on each other all the time, much like the teenage girls from the previous books. I seriously doubt that FBI agents act like that with one another.

Overall it was just a tedious read.

Nick Slepko
1,0 van 5 sterren Terrible Book
22 november 2018 - Gepubliceerd op Amazon.com
Geverifieerde aankoop
I would have given this book a zero rating, if it was available. Hutchison’s first book “The Butterfly Garden” was very well written and entertaining. I reviewed it, and gave it five stars. “The Summer Children” is flat out horrible. To use child abuse and murder as a forum for the author’s gay agenda is unconscionable. Let’s look at it. Protagonist (Protag) is a gay FBI agent with a whinny FBI agent partner who can’t stand Protag’s work. It upsets her too much, and wishes Protag quits working in crimes against children.. What? What kind of agent is she? Eighty (80) percent of agents in book are gay. Everyone in Protag’s group “hang out” at each other’s homes, and appear to sleep together. Think junior high sleepovers. Protag is written as a strong woman. Great, but to disregard every order given to her. Me thinks she be out of the FBI on her butt in nothing flat. Overall not worth reading. In case anyone cares, I have worked in the child abuse arena for many, many years.
Meer lezen
22 mensen vonden dit nuttig
Vertaal recensie in het Nederlands

tcboyd
5,0 van 5 sterren A Worthy Continuation of the Series
4 juni 2018 - Gepubliceerd op Amazon.com
Geverifieerde aankoop
This was a very enjoyable 3rd book in the Series. I read The Butterfly Garden, The Roses of May, and The Summer Children more or less consecutively (1 or 2 books in between), and the standard of excellence established in the first book has been maintained throughout. As I read books two and three, I tried to pay attention to whether each would have been as enjoyable if I hadn't read the prior books. Certainly while each book stands on its own, I'd highly recommend reading them in order, starting with The Butterfly Garden.

Several characters are introduced in each book, many of whom continue into the next book. Their back-stories are important. But it's hard to get the full depth of their importance from a brief recounting of their stories. At least I found it much more enjoyable to feel like I already knew those characters when they were referenced.

I don't know if there will be more books in the Series (I hope there will), but I highly recommend The Summer Children and the 2 prior books.
Meer lezen
8 mensen vonden dit nuttig
Vertaal recensie in het Nederlands

The writing in this novel in the series seemed a bit forced. The dialogue seemed unrealistic and overly sarcastic from some of the characters. I feel like the relationship dynamic experienced by Mercedes was unrealistic. Anyone in a relationship with someone who works with child crimes should expect some terrible working conditions. The fact that her girlfriend struggled with that makes me question why they were even together in the first place. That storyline didnt make much sense to me.

The climax of this novel did not seem impactful to me. Normally I feel sort of an adrenaline rush and am on the edge of my seat. With this one, i didnt have much feeling at all. I almost feel like this series should have stopped after the second one.
Meer lezen
7 mensen vonden dit nuttig
Vertaal recensie in het Nederlands

MrsVP
2,0 van 5 sterren It’s just ok
11 augustus 2018 - Gepubliceerd op Amazon.com
Geverifieerde aankoop
I was not crazy about the general storyline of the book. Too unsettling for my taste, however I did read the entire book. I read the two previous stories and enjoyed them a lot but this book deviated from the writing style of those two. I think the story here was more about the agents but they were not believable as written.
Meer lezen
10 mensen vonden dit nuttig
Vertaal recensie in het Nederlands
Ga naar Amazon.com om alle 916 recensies te bekijken 4,6 van 5 sterren
Terug naar boven
Over ons
Verkoop bij ons
We helpen je graag
© 1996-2020, Amazon.com, Inc. en dochterondernemingen