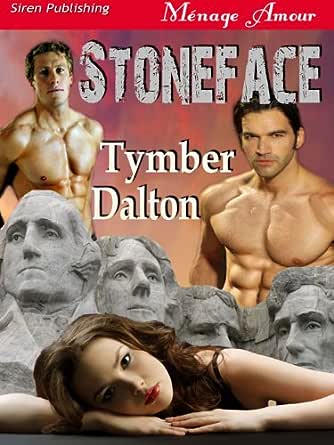 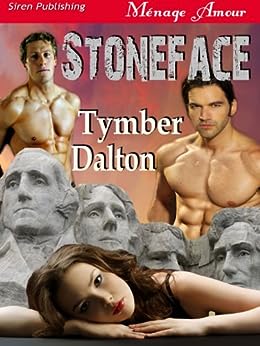 Gwen Oxford, a/k/a Gwenna Olmsford, is a 30-something writer of erotica, most M/M and hot ménage. And is her life ever complicated! She has a "perfect" older sister, a brother with MS that she adores, and two dyed-in-the-wool fundamentalist parents who criticize her every move, especially her career! She's constantly maneuvering through the minefield that's her family life. But she's very successful in her career, even if her family life is chaotic and her ex-husband drives her batty with his drunk dialing and even more repulsive drunk propositions. And, to top things off, her brother, Liam, comes out to her as being gay! This could all make a gal turn to drink!

Tim Ellis is the owner of Ellis Books in Laguna Beach, California and, more recently, a second location in Rapid City, South Dakota. He's also half of a duo involving Jackson "Stoneface" Kelly, a detective in the Rapid City police department. Tim has been a huge fan of Gwen's for years. In fact, Gwen's publisher sends him advance copies of all her books which he then reviews for his store's website/blog. Gwen and Tim have been emailing back and forth ever since Tim discovered her books years before, and they feel as if they have known each other forever.

Jackson "Jack" Kelly and Tim used to live in Laguna Beach but when Jack's mother was diagnosed with Alzheimer's, the couple made the decision to move back to Rapid City where Jack was raised. But Jack's past continues to haunt him. A horrible accident years before destroyed his life and his belief in love. The two people he had loved most in life are now gone. But he's moved on with Tim who he loves deeply, although he keeps his emotions buried beneath a stone-like barrier. He seldom smiles, much less laughs. Thus, he has earned Tim's affectionate nickname "Stoneface."

A series of family events involving her older sister forces Gwen to fly to Rapid City (much to her dismay as she is terrified of flying). After a visit to the police department during which she not only meets but almost comes to blows with Jack, she unwittingly and literally runs into Tim. Astonished doesn't begin to how she feels! She was under the impression that Tim and his boyfriend lived in California, not South Dakota. Tim persuades Gwen to stay with him and his boyfriend while looking for her sister. There's an immediate attraction between Gwen and Tim. That night, Gwen learns that the detective she blew up at earlier that day is Tim's boyfriend. Tim is able to smooth things over between the two, and Gwen realizes she is also deeply attracted to Jack. But this is the stuff of dreams...and her books. They're both gay. They couldn't possibly be interested in her, could they?

From this point, the story takes off, and there's no looking back. The relationship between Gwen, Tim and Jack takes off, only to implode just as quickly. Amy, Gwen's older sister is still missing. Liam, Gwen's and Amy's brother, arrives to try to help. When Amy is finally located but refuses to go home, Gwen and Liam return to Ohio. Gwen is brokenhearted but is determined to put this behind her and continue on. Of course, this is far from the end of the story. The adventures continue with twists, turns, and all sorts of unexpected events. Question upon question makes you wonder just how will things work out.

One final comment. This is an ADULT book. It contains very adult themes, explicit language, and ménage and other explicit sexual scenes. If you do not enjoy this type of eroticica, then PLEASE carefully consider your purchase before buying this book. PLEASE DO NOT BUY ANY BOOK IN A GENRE YOU KNOW YOU WILL NOT ENJOY AND THEN LEAVE A NEGATIVE REVIEW OF THE BOOK AS IT IS NOT FAIR TO THE AUTHOR! She works extremely hard to provide a quality work product and if you know before you purchase a book that you will object to the subject matter contained therein, you are doing not only yourself, but the author, an extreme disservice. But if you do enjoy hot, erotic ménage romances, I highly recommend Ms. Dalton's Stoneface. I give it my highest rating without reservation!

Thanks for reading my review and happy reading!
Meer lezen
Vertaal recensie in het Nederlands

merlyn0121
5,0 van 5 sterren Another book where once you start you can't stop. ...
13 augustus 2017 - Gepubliceerd op Amazon.com
Geverifieerde aankoop
Another book where once you start you can't stop. Gwenna is a writer who writes M/M. Elias and Jackson have been together for a long time, Elias owns a bookstore and is Gwenna's number one fan. In this book the three meet. We see how Gwenna's life is crazy and chaotic, and her family doesn't help matters. How can Elias and Jackson help. We find out in this book. It's another one that I've read over and over by Tymber.
Meer lezen
Vertaal recensie in het Nederlands

AnnieK69
5,0 van 5 sterren Loved it
5 april 2015 - Gepubliceerd op Amazon.com
Geverifieerde aankoop
Stoneface , another fun fast and steamy read from Tymber Dalton. Another story to wet your panties and clear your sinuses! Going to need more than a few tissues for this book. As always the characters are interesting, complex, well defined and likeable. Liam was my favorite. I wanted to hate Amy and Bob, but couldn't. The love story between Tim, Gwen and Jack was intense. The last chapter wrapped things up nicely.
Meer lezen
Vertaal recensie in het Nederlands

D. Jordan
5,0 van 5 sterren Really thought I wasn't going to love this one
23 november 2011 - Gepubliceerd op Amazon.com
Geverifieerde aankoop
I thought I wouldn't love this one and that it was expensive for what I thought would be a short book. This is really long with lots of interesting characters. Normally I don't like when we have to wait to find out what someone is thinking but she wrote it well for that and it kept me from getting confused with all the players (there are alot of people involved in this story, not just 3) Funnily enough, I thought the ex-husband and best friend would be more prevalent from the blurb but they are really minor characters. I love Tim & Liam. Wait until you read it...
Meer lezen
Een iemand vond dit nuttig
Vertaal recensie in het Nederlands

L. Rowmanz
3,0 van 5 sterren Not her best
23 november 2011 - Gepubliceerd op Amazon.com
Geverifieerde aankoop
I've read all the Kindle books available by this author, and this one just did not measure up to many of the others. I was distracted by how quickly the heroine 'got together' with her romantic interests (no tension to build up the relationship), how concerned the children (40 year olds) were with their parents' attitudes, and how irrational and short-tempered the heroine was, especially with her ill-behaving sister. In short, I couldn't suspend reality long enough to get into the story. I was more annoyed than entertained. Go read one of her earlier books if you haven't read her yet and skip this one.
Meer lezen
4 mensen vonden dit nuttig
Vertaal recensie in het Nederlands
Ga naar Amazon.com om alle 14 recensies te bekijken 4,3 van 5 sterren
Ontdek het beste van shopping en entertainment
Gratis en snelle bezorging van miljoenen producten, onbeperkt streamen van exclusieve series, films en meer
> Ontdek Prime
Terug naar boven
Over ons
Verkoop bij ons
Amazon-betaalmethoden
We helpen je graag
© 1996-2020, Amazon.com, Inc. en dochterondernemingen